Banana-less Pudding is a thing at my house. If you’ve tried my marshmallow cream frosting, then you know that Sunday desserts are centered around the grandkids.

Some time back, they informed me that although they like bananas and they adore pudding, they just don’t love the two together. So I axed those bananas and now we have banana-less pudding.

Also, before you read the recipe, I feel the need to explain why it’s so simple and so, so easy. Don’t hate me, but I don’t like made-from-scratch banana pudding.

Maybe I just haven’t had yours (wink, wink) but I think I must have had a very bad experience with a homemade banana pudding when I was a small child.

Is it supposed to be warm, dirty brown, runny and disgusting looking?

I once had a lady tell me that her mom made the best banana pudding in the world. When I saw what it looked like, there were no words in the English language to describe what it tasted like. It was warm and liquefied and . . . let’s just move on, shall we?

Anyway, I get requests for this recipe every single time someone tries it. It may be simple but the proof is in the pudding.  🙂 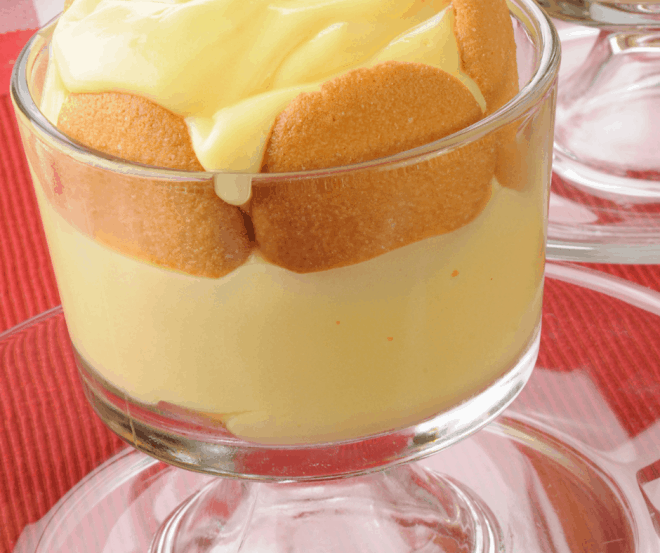 How To Make Banana-Less Pudding

Mix vanilla pudding and milk with a wire whisk for 2 minutes. Add whipped topping and gently mix until well blended.

Place a single layer of vanilla wafers on the bottom of a trifle dish or a 13×9 baking dish. Alternate with a layer of pudding mixture and wafers until all the pudding is gone.

Top with a single layer of vanilla wafers. Sprinkle the crumbs from the bottom of the vanilla wafer bag, if desired.

This pudding is so simple to make and it always gets rave reviews. 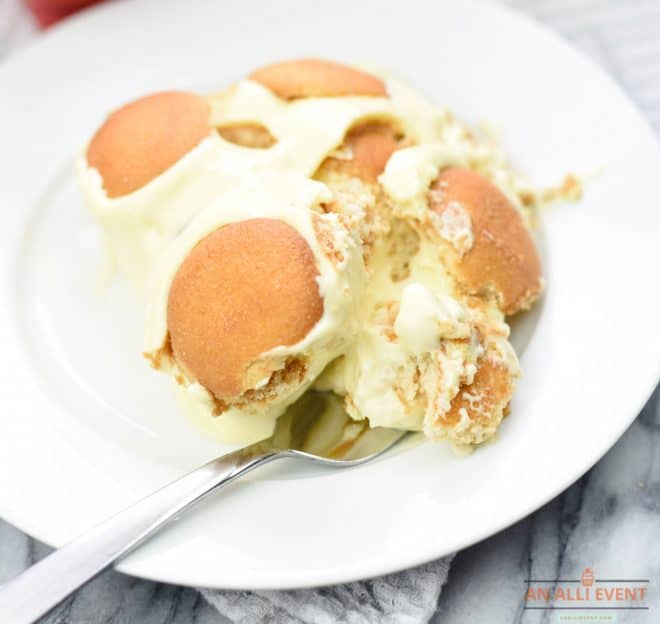 My kinda cook! Thanks for giving up your secret ingredient (whipped topping) Watch for it on my Pudding & Jello round up the second week of September. 🙂 for what it’s worth

Thanks so much for including me! Easy and quick – that’s my motto! 🙂

Thanks for stopping by An Alli Event! My parties have to be fun, frugal and fabulous! My décor is always simple, yet stunning. My food is scrumptious and satisfying. Stick around and I’ll show you how to take my ideas and make them your own.
Your information will *never* be shared or sold to a 3rd party.
60shares
This site uses cookies: Find out more.