The Day the Music Died

In the early summer of 1972, the day the music died, I was a mere tween and a lazy, sultry Friday afternoon found me spending the night with my BFF, Sherree.  We had made lots of plans, which mostly included talking about everything under the sun, including, I’m sure, our latest Tiger Beat magazine poster sized centerfold straight-out-of-the-pages-and-onto-our-bedroom-walls heartthrobs – David Cassidy, Donnie Osmond and Bobby Sherman – and listening to some 70’s music! And hopefully, we would have been hanging out and eating my best friend’s mom’s boiled shrimp and cocktail sauce (the best cocktail sauce I’ve ever had).

At the time, my dad coached Little League.  Actually, (let me brag on my dad for just a second) he pretty much single-handedly started the Little League program in my small hometown.  So every spring and early summer was spent at the ball field.  I learned to run the concession stand, along side my sister, Melinda, when I was 11 or 12.  I later graduated to helping mom keep score and eventually, even announcing the next batter over the loudspeaker, while cheering on our brothers as they excelled in America’s pastime, the game of baseball.

It was late afternoon on that particular day, when all of a sudden we heard the crunch of tires and the squeal of brakes.  We ran to the window to see my mom’s car in the driveway.  My brother (who also happened to be my friend’s boyfriend at the time) sprinted up the steps of the porch yelling for me to get in the car.  I yelled back, “No, I’m spending the night with Sherree.”  And that’s when he shouted those five words I hope to never, ever hear again; “The house is on fire!”  I argued with him while swirling accusations at him, thinking that he was playing a mean trick on us, not wanting to believe that there was any truth in his statement. 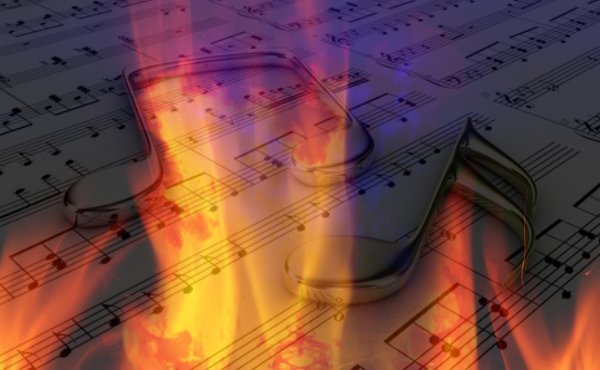 I jumped in the car and we sped toward our home.  As we got closer, we could see grayish black smoke billowing up into the sky.  We arrived at our country home as the walls came tumbling down.  Literally.  Our house was engulfed with flames and nothing could be done and nothing could be saved.  Thank God that we were not home at the time.  The fire marshal believed that the fire had been caused by a lightning storm.

And, of course, my tween mind sped, first of all, toward the things that I had lost:

I could go on and on, but you get the drift.  I felt like I had lost a good friend and that there was a part of me that was missing.

That evening, after things had settled down a bit, my friend’s high school aged sisters (whom we though were the cutest, hippest girls in town) took Sherree, my sister and me to eat at Dairy Queen.  As I look back on that night, I realize how they were trying to not only feed us, but to help get our minds off of the tragedy of that day.

I still remember the hopelessness I felt – that day the music died.   Grief enveloped me like a dark cloak and tried to choke me.  It forced me to have feelings inside that I had never felt before. But I also remember the aftermath.

Just like the Phoenix rising from the ashes in Greek Mythology, my family also rose up from that horrible day – that day the music died.

Psalm 18:2 – The Lord is my rock, and my fortress, and my deliverer; my God, my strength, in whom I will trust; my buckler, and the horn of my salvation, and my high tower.

Phil. 4:13 – I can do all things through Christ which strengtheneth me.

And as we rebuilt our house, our lives, our home, I slowly arrived at the realization that the music never died, it just skipped a few beats.

Romans 8: 25 – Who shall separate us from the love of Christ? shall tribulation, or distress, or persecution, or famine, or nakedness, or peril, or sword?

John 16:33 – In the world ye shall have tribulation: but be of good cheer; I have overcome the world.

God is good all the time, even when the road is rough and the music seems to be fading.

I realize that our tragedy is nowhere near the heartbreak of losing a friend or loved one.  But it was a loss.  Have you suffered a tragedy?  How did you get through it?

Beautiful – “the music never died, it just skipped a few beats”. AMEN! May you always have a song in your heart. Thank you for sharing this today. I visited from Faithful Friday.
Have a great Friday!
Joanne

I loved the quote about only skipping a beat too! God is my strength & provider. Even when it appears too hard to do alone; I am never alone because God is with me! “Our God is Able” lyrics just came to mind #ihaveasongforthat

Aliwilda, it amazes me how we forget things but reading this blog it seems like it was just yesterday that we were in the house on the hill of 280. I remember that day, it was so said for all of you and I remember not really knowing what to say or do. I am so thankful that God never leaves us and that He will give us greater things if we will on trust and believe. When the enemy comes in like a flood, God wraps us up in perfect peace. I love you girl and treasure all our wonderful years together.

You know I treasure you, as well! We did have many wonderful years together! And I never thought about the first much until the other morning and I knew I had to write about it. Thanks for keeping up with my blog. I really hope to see you soon!!! God is good all the time! Even when we didn’t realize it!

What a terrible thing to go through at any age, but as a teen with so many other things happening in your life. It is amazing how people rise up and come together. It takes something like this to bring people together. So glad your community did this for your family and you have memories from photos. These moments help us build trust and faith in our Savior and put our sights on Heaven and Him instead of worldly things. I would not want to go through this. My husband had a fire and lost a home before I met him, I still see the fear in his eyes when he speaks of it. It left quite an impression on him.

You know, I never think about it much anymore. But I detest the smell of wood burning to this day. My throat gets clogged up and I’m thinking that it’s probably from the memories of that day. Thanks for taking the time to comment!

You just never fail to impress me with your writing. I remember your Mom & Dad calling me the night that your home burned. Your Dad (my brother) told me what happened and I started to cry, as did he. It was the first time I had ever heard him cry, and it broke my heart. Your Mom and I talked, and she told me that he had just been walking the floor since it happened, and that crying was what he needed to do. Looking back it’s so easy to see that God was in control of the situation with how it all worked out for good in the end. God is good, all the time!!

OK, Aunt Jane, now you have me crying! Gosh, it was a long time ago, wasn’t it? But I don’t seem to forget anything – and that’s a good thing. Thanks for the sweet comment!

Love your outlook and attitude! The music didn’t die – it just skipped a few beats! I so know that feeling! Lost my mom a few months ago and the music is still skipping a few beats – but is beginning to come back a little clearer! The words found in John 16:33 that you referenced, are always in my heart. Thank you for another great post! God Bless!

I just pray that I conveyed the message that losing “stuff” is never comparable to losing a loved one. I’m so sorry about your mom. Mine just turned 80 last year and I can’t bare to think about life on this earth without her in it. Sending prayers to you – and hugs, too!