Lemon Blueberry Cinnamon Roll Bake is written by me on behalf of Pillsbury™. All opinions are entirely my own. This shop has been compensated by Acorn Influence, Inc. and its advertiser.

Spring is finally in the air and I’m looking forward to celebrating Easter with a big family get-together. The entire family comes over for brunch on Easter Sunday and I’ve been diligently working on my menu. This time around my family brunch includes the addition of a delicious Lemon Blueberry Cinnamon Roll Bake. It’s so easy to make because the recipe begins with Pillsbury Grands!™ Refrigerated Cinnamon Rolls with Cream Cheese Icing. 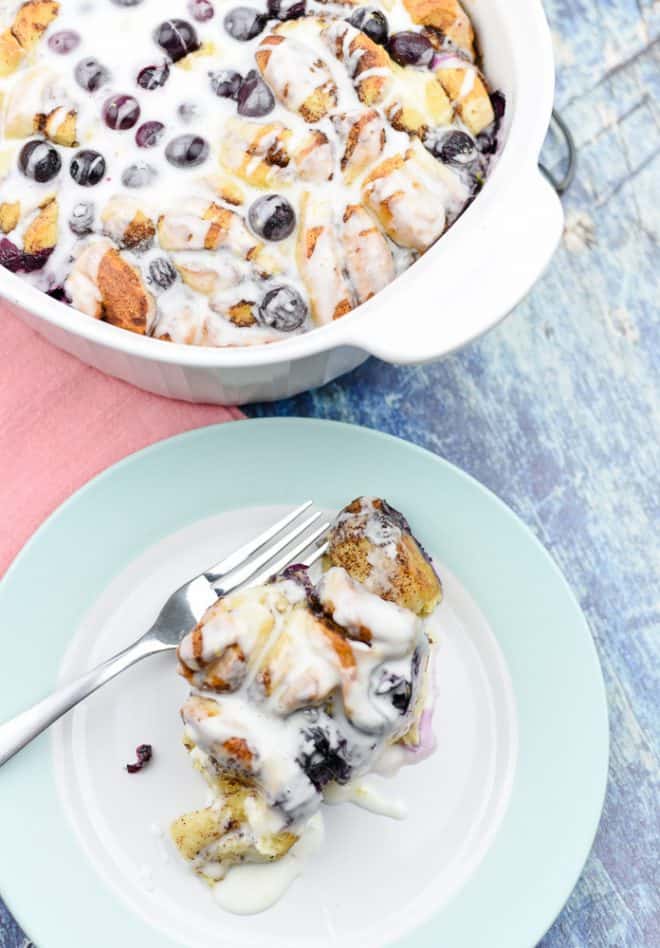 As you probably know by now, Pillsbury Grands!™ Refrigerated Cinnamon Rolls are always a part of our big family celebrations. I always serve them on Thanksgiving and Christmas mornings. We also enjoy them at Easter. I’ve added a little spring twist to this family favorite and I know you’re going to love it. 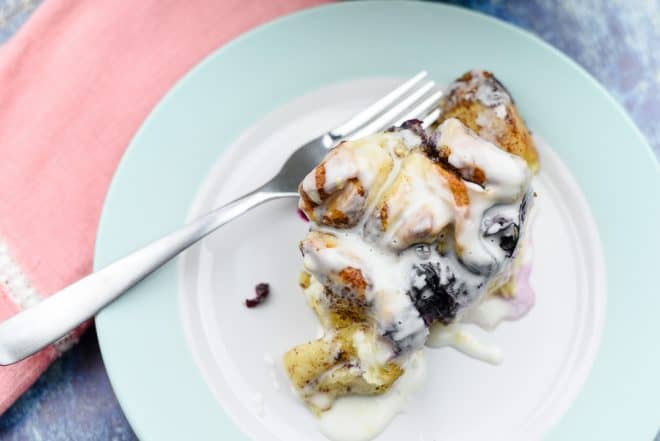 As I plan my menu, I also think about my family’s Easter traditions. A few months before Easter, I get together with my daughter and daughter-in-law and we begin the search for the perfect Easter outfits for the kids – my treat. Since I have 5 grandsons, we’re on the hunt for outfits that are color coordinated. I’ll be taking tons of photos until the boys manage to escape when I look the other way.

After a lovely brunch, the kids are ready to get the hunt going. We always hide way too many eggs and I don’t think they’ve ever found them all. I usually find the ones that were overlooked while I’m working in my flower garden a few weeks after the big hunt.

Speaking of brunch, my Lemon Blueberry Cinnamon Roll Bake will be a big hit with the family on Easter. The brightness of the fresh blueberries and tangy lemon zest pair perfectly with the deliciousness of the cinnamon rolls. 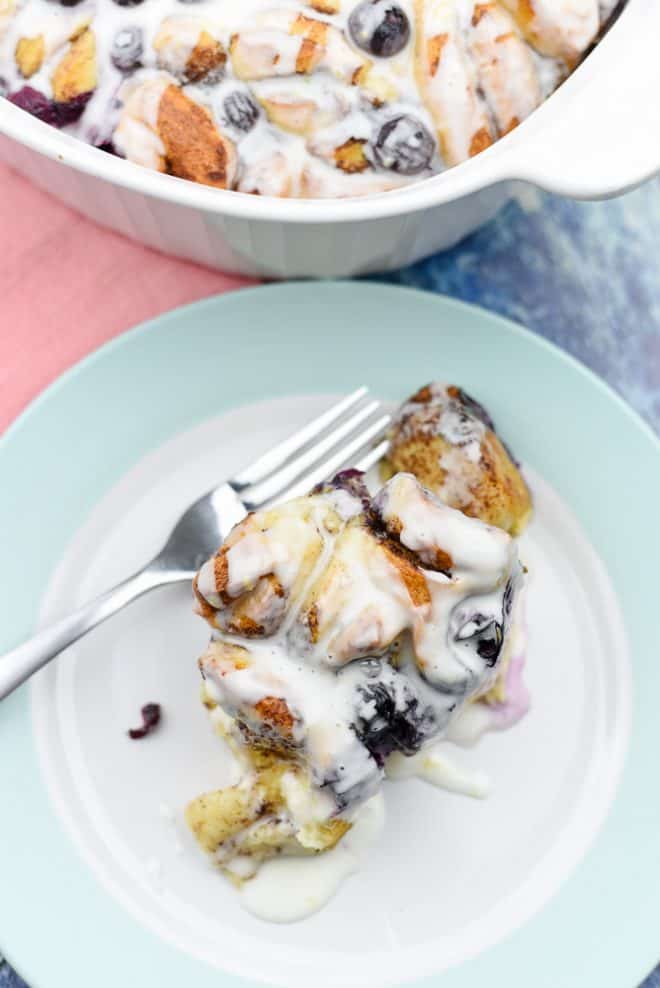 I always head to Walmart for all my Easter brunch needs, including the Pillsbury Grands!™ Refrigerated Cinnamon Rolls with Cream Cheese Icing. For this recipe, you’ll need two cans.

You’ll only need a few ingredients to make this delicious brunch casserole. 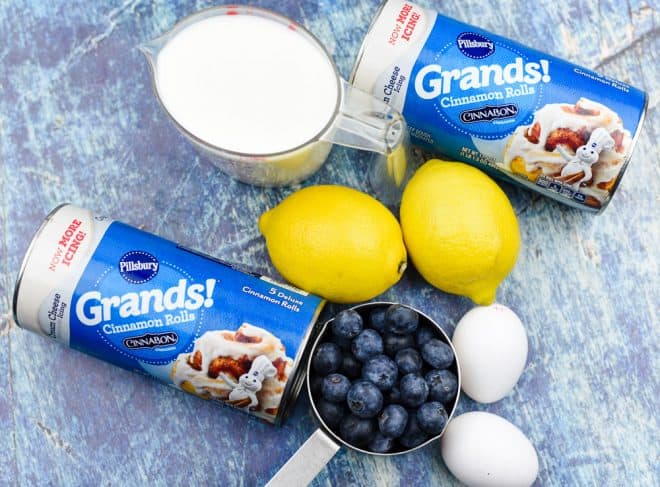 Spray a two-quart casserole dish with cooking spray. Cut each cinnamon roll into four pieces and place in a single layer. 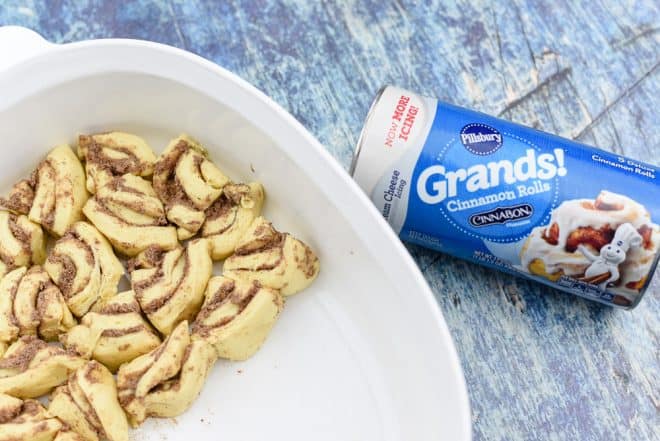 Bake cinnamon rolls according to the package directions and let cool completely. 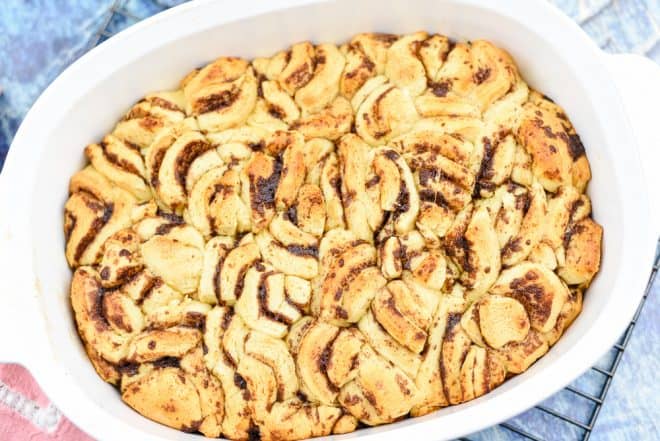 Whisk together the milk, sugar, eggs, and lemon zest. Stir in the blueberries. Pour egg mixture over the cinnamon rolls and refrigerate overnight. 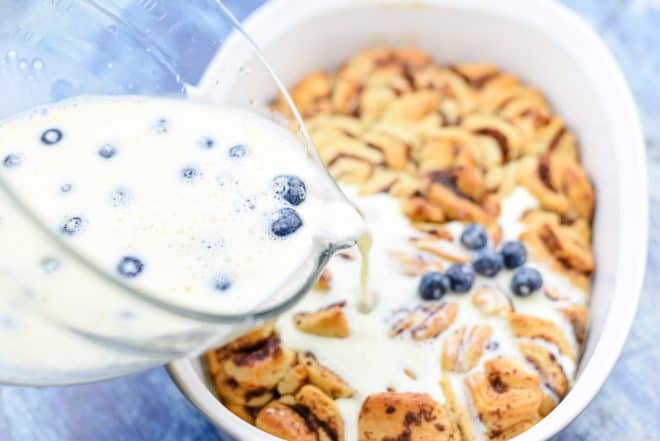 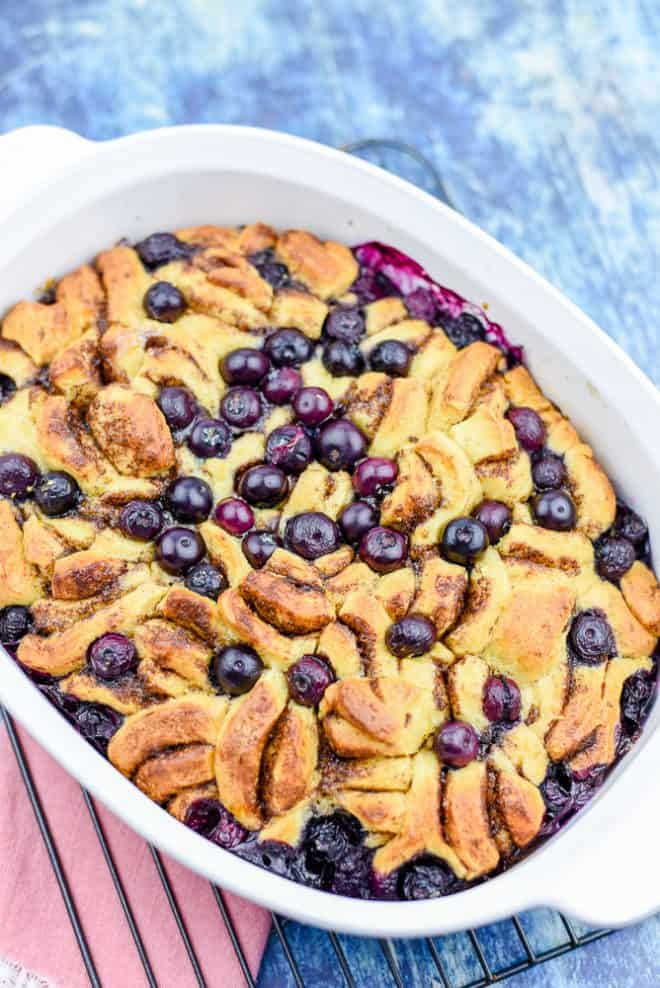 Mix the cream cheese frosting with the juice and zest of one lemon. 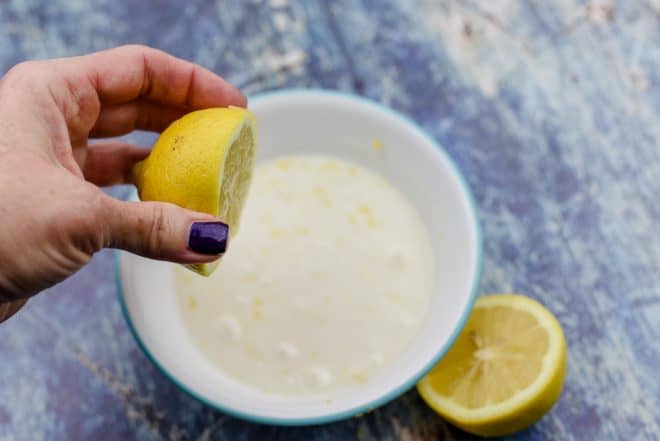 Pour over the top of the Lemon Blueberry Cinnamon Roll Bake. 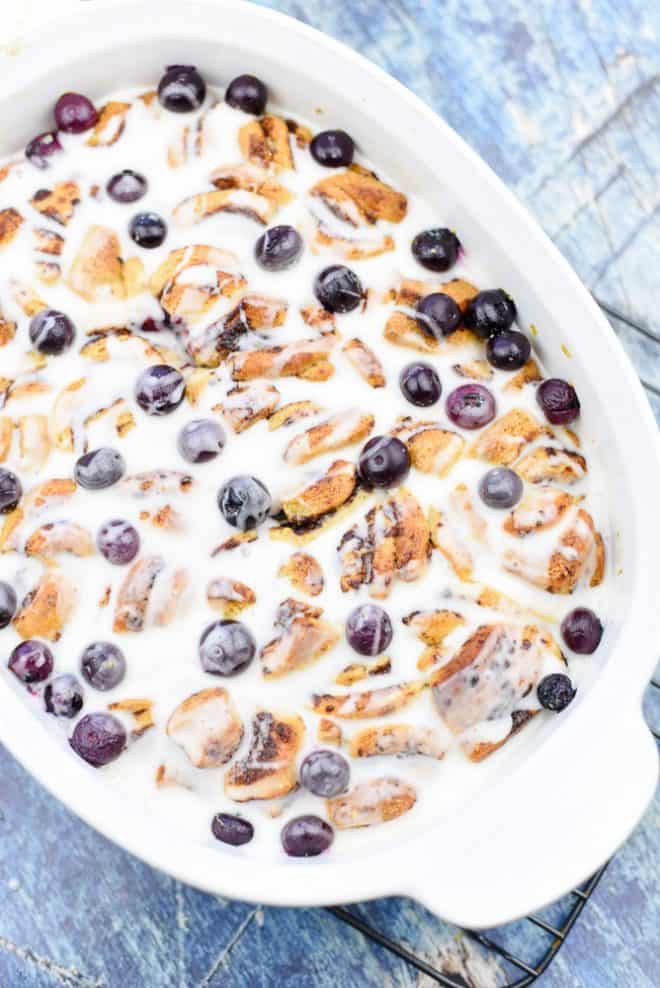 I’m looking forward to our family Easter brunch and  I’m excited to serve my easy Lemon Blueberry Cinnamon Roll Bake. It’s simple to make and oh, so delicious. I do hope you try it!

What are some of your Easter traditions?

How to Make a Beautiful DIY Easter Bag

20 Fruity Mocktails Everyone Can Enjoy