Yeah, I know we’re well into January, but it took a little while for me to come up with my One Word 2016.  You can find out more about One Word 365 here! There’s just so many words out there that I could use.  But I usually let the word find me instead of me finding the word. 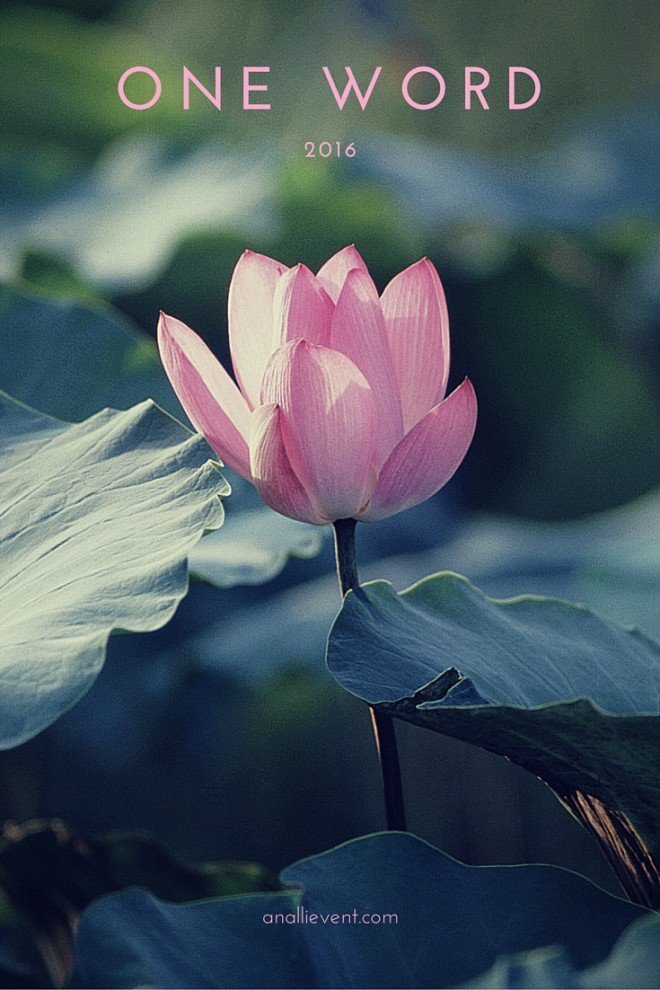 I joined the One Word movement in 2014 and I have to say that I like it far better than writing down a long list of resolutions that I know I’ll never keep. One word is so much easier to keep up with than several hundred words such as lose weight, get Juvederm & a tummy tuck, look like a super model, turn back the aging clock – you know, the same old, same old.  🙂

In 2014, my word was LOVE, as in walking in love with everyone and not getting so impatient when things don’t go my way.  I called on that word so many times during 2014.

In 2015, my one word was organize.  Still working on that one.  Here’s the deal; I’m super organized in so many areas and then not organized at all in others.  Take blogging planners for example.  I have free ones, paid-for ones and every planner under the sun, but they just take up space on my desk, empty and unwanted.  I had rather keep notes on my phone or steal a yellow legal pad notebook from my husband’s office. (I had to look on Staples website to see what those yellow notebooks were called)

Speaking of planners, one of the gifts I gave my future daughter-in-law for Christmas was an XO Planner (whatever that is) and you would have thought I’d hung the moon. Score for the future mother-in-law and thanks to the son for the suggestion.

Balance is having the right amount —

not too much or too little —

of any quality, which leads to harmony or evenness.

[Tweet “Balance is having the right amount — not too much or too little — of any quality, which leads to harmony or evenness.”]

This year I’m going to be present, in the moment, and aware of my surroundings.  See, I have a problem with getting lost in work and suddenly realizing I’ve worked a 12-14 hour day.  Someone will ask me a question and I’ll nod and just keep on working.  My family says that when I’m working (or reading) the house could fall down around me and I’d be completely oblivious. 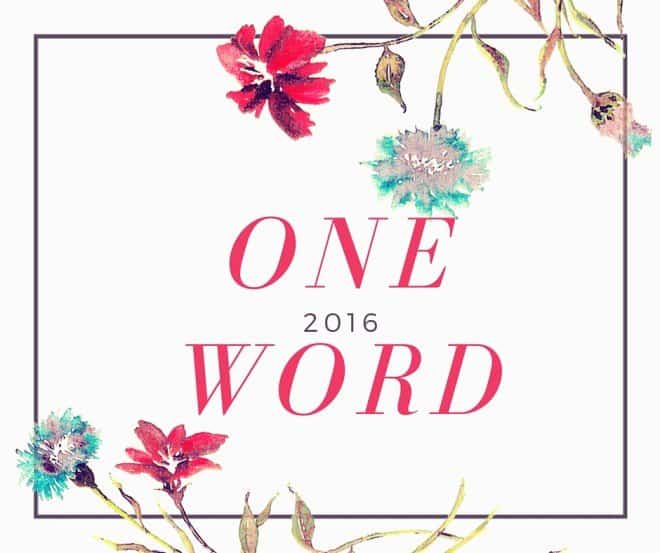 Did you pick a word this year?  Any resolutions?  Fess Up!

I Was Robbed: When a Bathroom Remodel Turns Ugly

Balance is a good word to start off your year. I don’t know if I can distill my thoughts down to one word for the year, but I love that some people are trying to do so. Balance is definitely a great goal to carry all year long.

I admire your one word this year! Balance will be a goal for sure especially when you are such a busy blogger with wedding planning in full swing! I gave up resolutions a long time ago. My hubby and I always have our ‘new year new goals conversation’. It took several years to accomplish some of those but we finally did. We actually haven’t had that conversation yet for 2016. I totally agree with you about all those blog planners, so many pretty and oh so organized options. I prefer my spiral bound notebook and making lists. It’s so fun to mark things off the list when they are done!
Happy 2016!

i just did this too on my blog! great word for the year too!

I love the One Word concept. Balance is such an important goal to strive for. It’s something I’m also perpetually working to improve. My work-life balance is something that occasionally takes a hit!

Oh Alli, that is such a great one word. I did not choose a word specifically. But saying “no” and gaining some balance with family and blogging is what I am working on. I do agree that making long list is not the smartest way to go. Also, I ambwith you on the planner s issue. I have been there but still end up using a sheet of paper. Glad I am not the only one. Hope you are able to find that balance for you and your family’s sake. Happy New Year to you. BTW: What is Juvedurm? Ha ha

Oops, I just saw this! Juvederm is a filler and I would use it to fill those parenthesis around my mouth. At least I think I would. I don’t know for sure if I would do it or not. 🙂

I can relate with your impatience. It is a big problem of mine. I am always in a hurry and demanding things. I need to learn to relax a bit in this new year. My word is Patience.

I love this concept. It definitely beats making a bunch of promises you don’t keep.

I like your word for 2016, I can really see how Balance is something I should work on too. I’m still trying to figure out what my one word should be!

This is a very neat concept! Your word is perfect! I so need to work on balance this year and letting some things go…currently I need 2 planners to keep up with everything I try to do!

I’ll have to look into this. I don’t know what my word would be though… I’d prolly start a brain fire trying to think of one as well xD Thanks for sharing though! I’m off to check it out now. And good luck with yours!

I like the concept of having just one word defining t=your whole year. Balance is a really great goal and could mean a great year once achieved.

I think balance is a fantastic word for 2016. It is so important to have balance, but also so difficult at times to actually achieve it.

Love balance. I am taking the one word challenge. SIMPLIFY is my word this year!! 🙂

What a great choice for your word this year. Balance. I really like that. I think we all need to remember that.

I need to work on being present also! I’ve heard this from so many lately but it’s so true, we are easily distracted by work and social media it’s so important to be present in those special moments.

Ah, balance. Such a fabulous word, for sure. And it means you have your work cut out for you, too! But I know you can do it!

All of the words that you have chosen over the past years are fantastic! I this idea and am now thinking of what I need most this year.

These are all great words and I love the one word concept. This year your word I love and I do believe we all need balance. My word this year is Faith because I need to have faith in myself.

Balance is a great word and something that everyone could use more of. I haven’t made any resolutions this year. But I know that I just want to beat last year.

I am amazed at bloggers like you who can narrow it down to just one word. I can’t do it, lol. I couldn’t pick a word if I tried, I change my mind too much.

i joined the one word movement last year and it really helped me stay focused on my goals for the year. my word is growth!

I love both words LOVE and BALANCE. If I had to pick a word I would adopt your 2015 word of LOVE, I want it in my relationship life more and my passion this year! Do and have everything I love!