When I was a little girl – before cell phones, video games, and all that jazz – the one thing my siblings, cousins and I loved best was playing outside. We loved the long summer days most of all. We were out of school for the summer with endless days of running wild and free.

Once nighttime fell, we would pray mama would forget to call us in for our baths and bedtime. We needed time for one more game of “Ain’t no Boogers Out Tonight, Grandpa Shot Them All Last Night.” Our grammar needed work, but just the mention of that game causes goosies to pop out all over my body.

Here’s a list of my top 10 Childhood Games.  I’m sure we all have our version of some of the same games. These are mine. 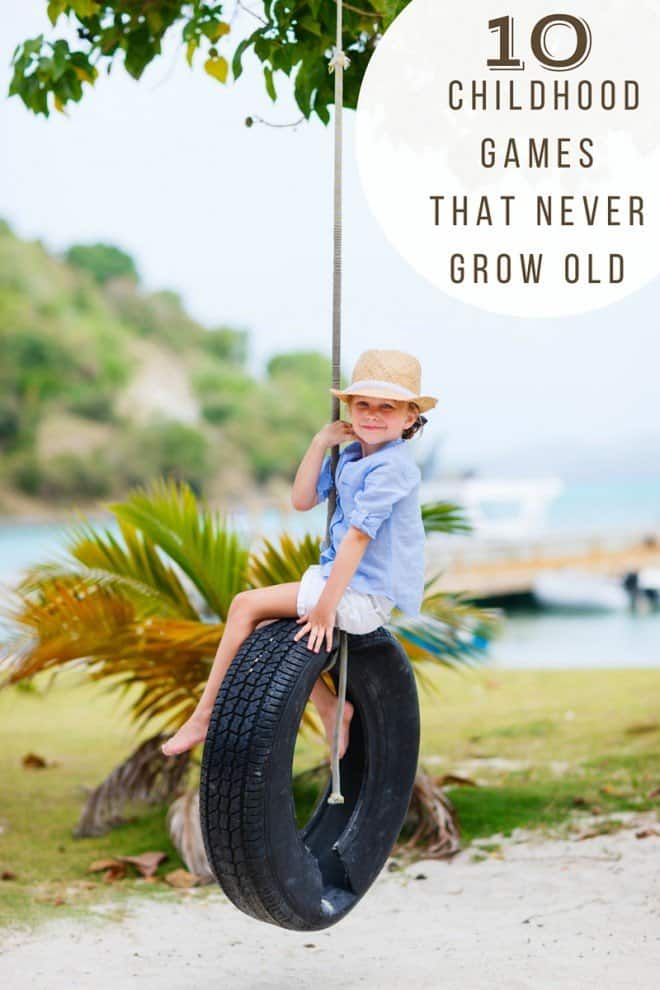 1. Ain’t No Boogers Out Tonight

I’m thinking this is a southern thing. The word “ain’t” kinda gives it away. It’s like Hide and Seek, but best played at night. Darkness adds that special something. One person is the “booger” (monster). The booger hides and the rest of the kids try to find him. They travel around together in the dark, singing, “Ain’t no boogers out tonight; Grandpa shot them all last night.” Once the booger is discovered, he tries to catch as many kids as he can before they can return safely to base.

One person is designated as “it” and a soda can is placed in an open space like the middle of a backyard. The other players run off and hide while “it” covers his or her eyes and counts to a previously decided number. “It” then tries to find and tag each of the players. Any player who is tagged (caught and touched) is sent to the holding pen (jail) which is simply a designated area for all the captured players to congregate, generally in plain sight of the can. Any player who has not been caught can “kick the can.” If they can do this without being caught, then all of the captured players are set free.

There are several variations to this game, but you get the jest.

Two lines of players line up facing each other, about 30 feet apart. Each team joins hands with their teammates. One team chants “Red Rover, Red Rover, Send (name of the person on opposite team) right over!” The person from the opposite team tries to break through the line by running through a link. If they break-through, they pick a player to take back to join their team. If they fail to break through the linked hands, they have to join that team. 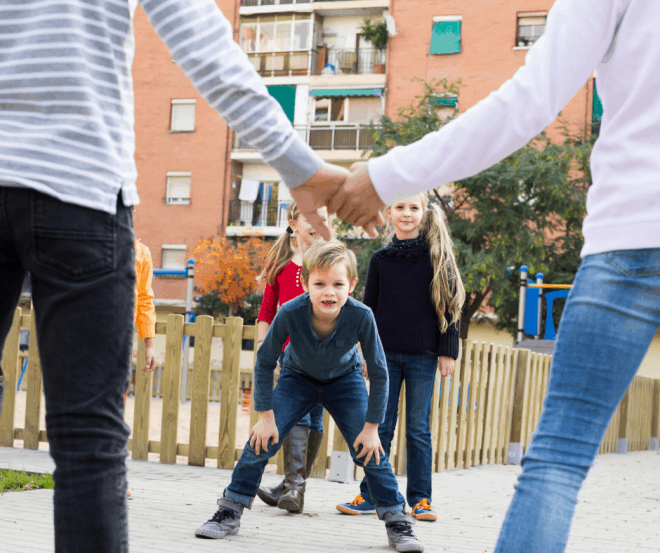 This is a fun game, except when you’re on the opposite team of your brother, Tim, and your cousin, Danny. If my memory serves me correctly, they would try to break our arms when it was their turn to “come right over.” Sometimes, I’d just let go of my teammates’ hands instead of getting my arm knocked off.

Since I’m talking kid games today, it looks like a great place to slip in a photo of one of the grandkids. Wink. 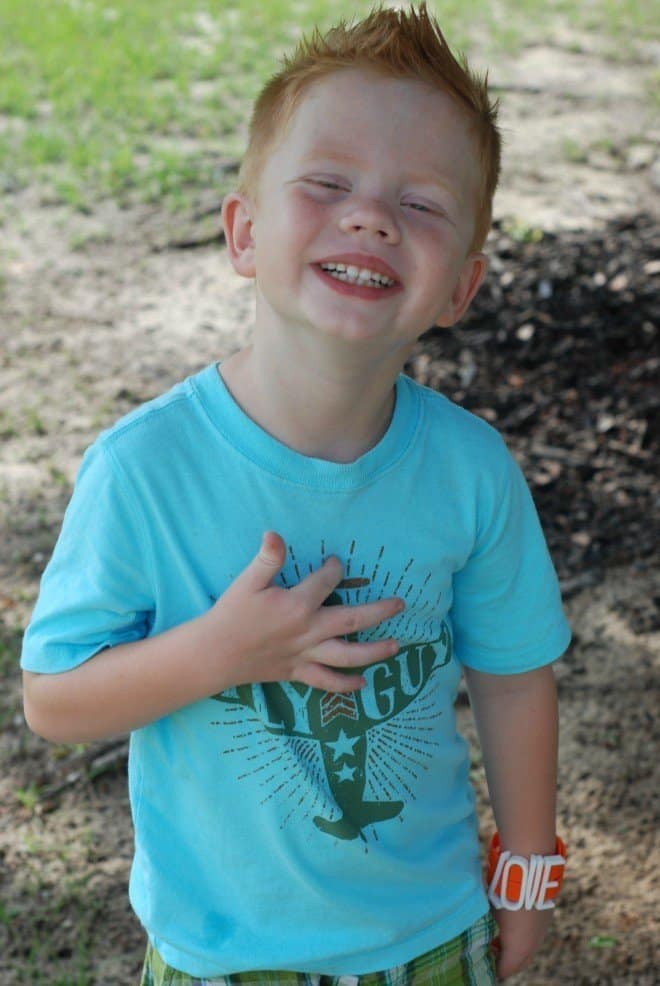 5. Mother May I and Simon Says

These two games are similar and I always loved playing these when I was a kid. For Mother May I, one player is chosen to be the mother. He or she faces away from the other players, who form a line several feet away. The mother chooses a player and calls out a command like, “You may take five bunny hops forward.” The player must ask, “Mother may I?” before moving or he must go back to the starting line. The mother can say yes or no. The first player to touch the mother wins.

Simon Says works kinda the same way except in reverse. The leader instructs the group of kids to do something like “Raise your hand and rub your tummy.” If the leader doesn’t say “Simon Says,” the person who raised their hand and rubbed their tummy is out. The last kid standing wins and they become the leader.

If the person who is it tags a player, that person must freeze in place until tagged and set free by another participant. When the one who is it tags everyone, the last person caught becomes it. 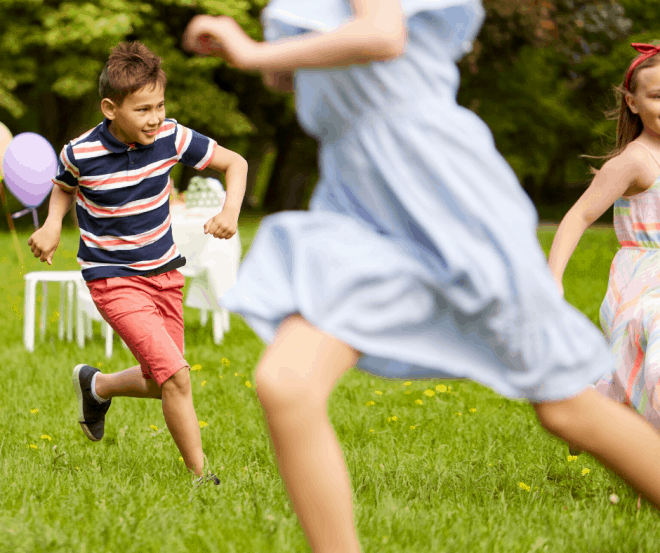 7. Jacks Is Another Fave Game That Never Grew Old

I was a Jacks champion back in the day! I never could get my brothers to play, but my sister and cousins loved playing Jacks. Jacks is much more fun when you have your best friends to play with. 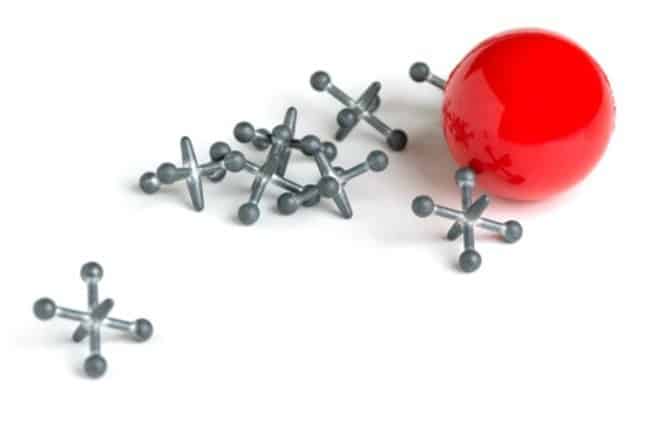 EHow explains it much better than I can:  “Pick a smooth surface. Toss the ball up in the air, then pick up one jack and catch the ball with the same hand before it hits the ground. Repeat the process, again picking up just one jack and catching the ball in the same hand. Continue doing so until all ten jacks have been picked up to complete “onesies,” then move on to “twosies,” picking up two jacks at a time and catching the ball. Keep playing all the way through “tensies” — as long as you remove the designated number of jacks and catch the ball successfully, it’s still your turn.

If you fail to remove the right number of jacks or catch the ball, it’s the next player’s turn. Your next turn happens after all other players get a chance, picking up where you left off, such as “foursies.” The winner is the first person to successfully complete “tensies” or whoever collects the largest number of jacks at once after a predetermined number of rounds.” 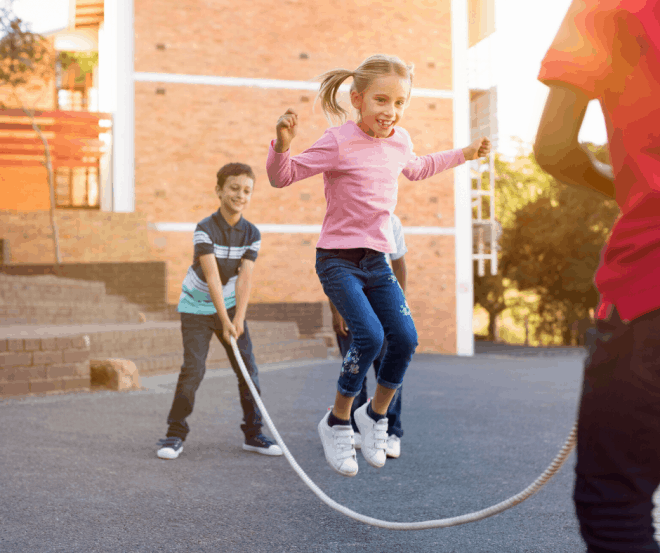 Jumping rope was the thing to do at recess when I was a little girl. Our favorite jump rope song was the Cinderella song. There are two versions, but I always liked #2 the best.

Cinderella dressed in yella,
Went downstairs to kiss a fella,
Made a mistake and kissed a snake.
How many doctors did it take
1, 2, 3, . . . .

Cinderella dressed in yellow
Went downstairs to kiss her fellow.
How many kisses did she give?
One, two, three, four, five . . .

This one is hard to explain, but you face your BFF and sing Miss Mary Mack as you do a hand-clapping routine.

They jumped so high, high, high,
They touched the sky, sky, sky,
And didn’t come back, back, back
Till the fourth of July, -ly, -ly. (author unknown)

10. Button, Button, Who’s Got the Button

Button, button, who’s got the button is a game where players form a circle with their hands out, palms and fingers together. One child gets to be “it” and takes an object such as a button or penny and goes around the circle, putting their hands in everybody else’s hands one by one. In the end, everyone tries to guess who has the button. The person who guesses correctly gets to be “it” for the next round.

Our family also had a softball game every Sunday afternoon in grandpa’s cow pasture. Cousins, aunts, uncles, and neighbors would come over for a rousing game or 2 of softball. Croquet was another game that my family and I loved to play.

Looking back at these fun games brings back so many good memories. It also reminds me that we didn’t need an exercise routine or a trip to the gym. We played hard and hated to come inside once the day was done. 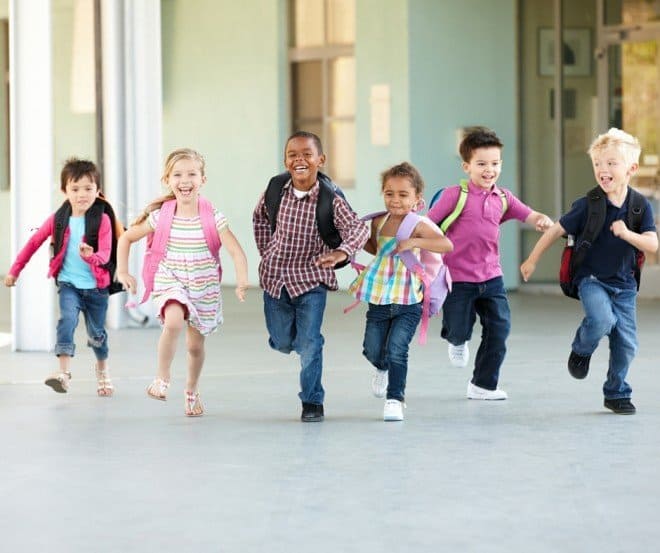 These are my top 10 Childhood Games That Never Grow Old. I won’t mention the imagination game my sister and I used to play where we pretended to be at a Braves game in Atlanta and someone with the made-up name of Chaumey tried to kidnap our baby doll. True, we went to a lot of Braves games. False that someone tried to steal our baby.

If you’re looking for even more games, make sure you check out 106 Backyard Games Everyone Enjoys (TODDLERS, KIDS, TEENS, ADULTS, AND SENIORS).

Ways To Save Big On Your Wedding

Yes, we did! Remember how we’d play house under that huge weeping willow tree? Who needed real playhouses? Not us. We made our own.

Freeze tag was always one of my favorites. I also loved Red Rover and Simon Says! I never played “Ain’t No Boogers Out Tonight.”

We always had the best time playing all these old favorites.

I remembered all those games!! Great memories of such a fun time!! We also loved Ghost in the Graveyard and Hide and Go Seek in the dark is the best.

OMG Red Rover and Kick the Can take me straight to my childhood growing up in the Bronx, NY. I need to teach these games to my kids.

Gosh, I remember playing Red Light, Green Light in gym class at school. We used to have a lot of fun with that!

I’m glad you brought up “kick the can” because my friends and I were talking about games we used to play in our younger years, and they thought I made that game up, they didn’t believe me that it was an actual game! they called it the poor people game because of the can part, (joking)… I’m going to show them this post, HA!

That is so true! My sister is playing some of them. I still remember all of that!

I love all of these games! They really bring back a lot of memories.

There are a few I have never heard of and others I loved! I totally forgot about red rover, so much fun.

I taught my kids games from my childhood. They love them and we enjoy them together. Some of them are on your list. Love Red Rover.

We had similar games for kids. Kids should really play more games like this since they get to socialize with other kids and get to learn new things.

What a great list. I spent a lot of time playing out doors when I was a kiddo too. These are all such fun games.

Wow. You just took me for a trip down memory lane. I remember playing so many of these childhood favorites! I really loved Red Light Green Light!

Great post, I remember playing most of those games as a kid, so sad that our kids don’t know of or play have the games we did as kids.

Those games bring back a lot of great memories. It’s so funny to see kiddos today still playing games that I loved as a child.

Yes, Yes, Yes! So many memories came back while reading this post! I used to spend hours doing Miss Mary Mack with my friends!

I just googled “ain’t no boogers out tonight “ because I wondered if anyone else had ever heard of it! I’m so glad to have taken this trip down memory lane!