Deer Sausage Gravy Biscuits are so easy to make. Ground venison sausage is browned and flour and milk are added to create a delicious gravy.

I never thought I would be blogging about biscuits. My mom is the queen of biscuit making. Me, not so much.

I’ve watched my mom bake biscuits since I was knee-high to a grasshopper, never using measurements or a recipe. She’s been baking them since she was eighty years old. 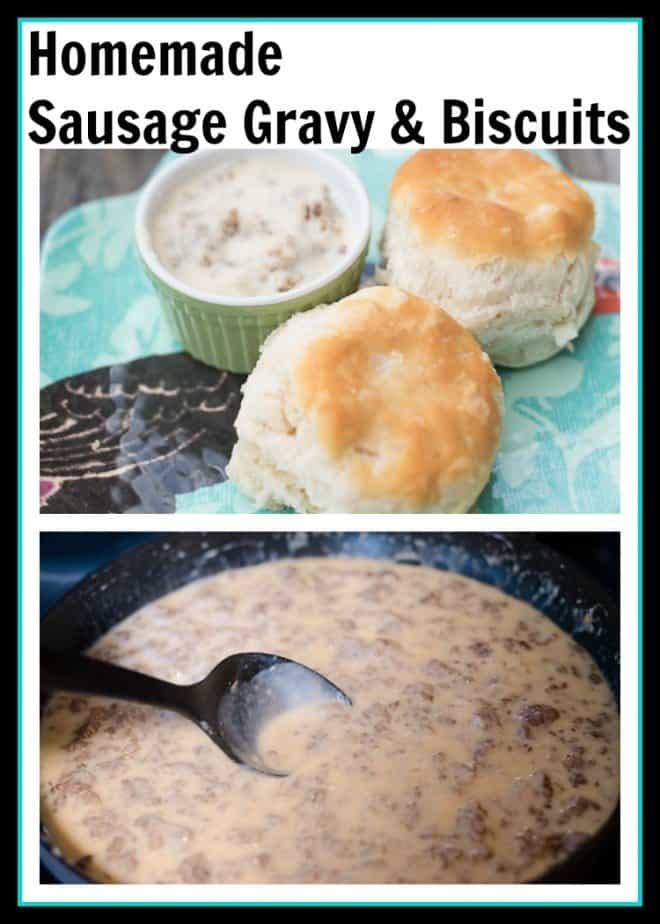 I thought I would never learn how to make homemade biscuits. I was scared of the dough.

The first time I actually made biscuits, I could have thrown them against a brick wall and they would have broken the wall. I overmixed that dough like a boss.

So, for years, I stuck with cornbread or rolls. And every few months I would try to make mama’s biscuits. All I would end up with was a hot mess!

But you can’t keep a good woman down!  I decided, once and for all, to conquer the fear of the brick biscuit. I mean, really, how hard can it be?

With sleeves rolled up,  I decided I would make mom’s biscuits, the ones with the three-finger prints on top, I would just make them my own way. 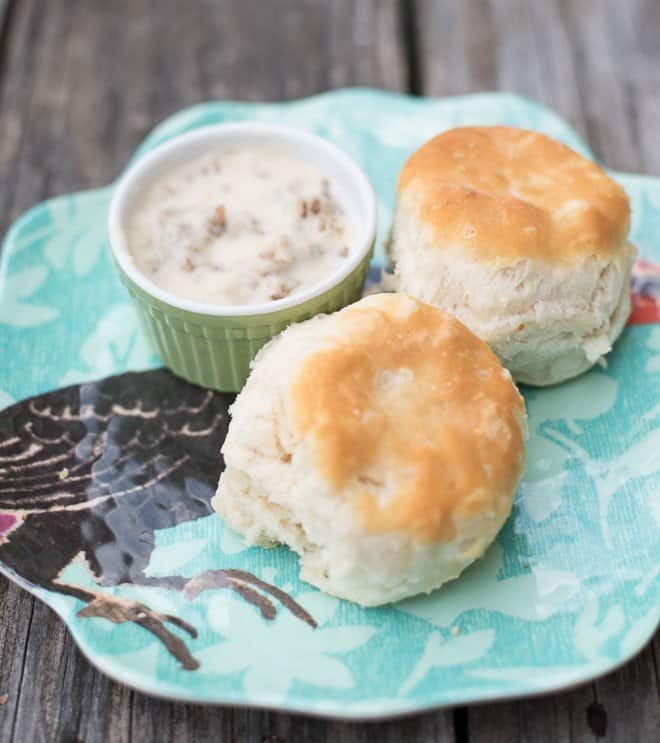 A few days ago I had the pleasure of hosting some VIPs (grandkids) for an overnight visit. When I asked what they wanted for breakfast, they told me in no uncertain terms, “We want homemade biscuits and deer sausage gravy.” And I was able to say, “I’ve got you covered.”

Helpful Hint: If you don’t have venison on hand, use ground pork sausage. Jimmy Dean is my favorite. 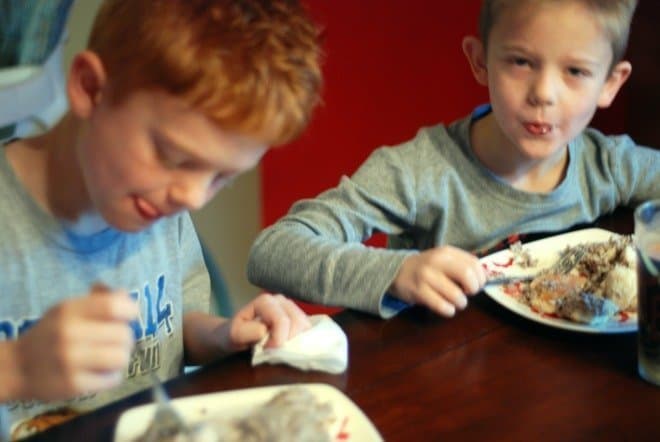 Deer Sausage Gravy Disclaimer:  I do not eat deer meat. I think I watched Bambi too many times growing up. But the rest of the family loves it. I may be kicked out of the south for this admission!

Brown sausage in a large skillet on medium-high heat. Crumble the sausage as it browns.

Add 2-3 heaping Tablespoons flour. Keep stirring the gravy for a few minutes until the flour has browned. Stir in a couple of pats of butter.

Once the butter has melted, add the milk slowly, stirring. If the gravy is too thick, add more milk until you get the desired consistency. 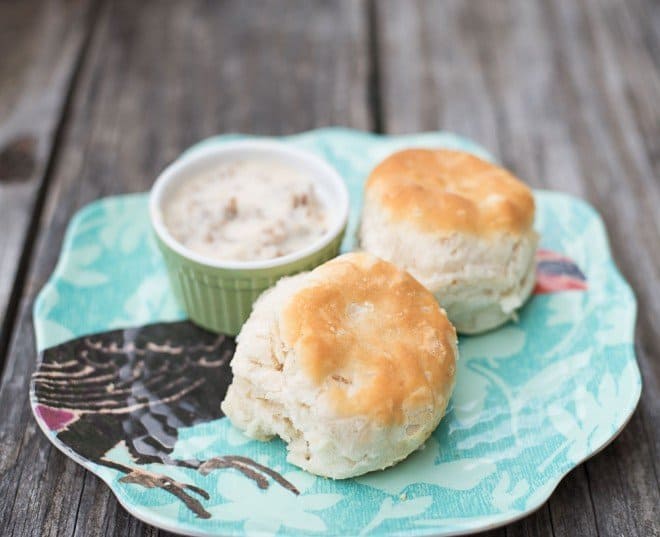 This is the grandkid’s favorite breakfast. That’s why the pics are taken in a plate with a Toucan in the background. 🙂

If you don’t make homemade biscuits, use frozen instead. I won’t tell a soul. I promise!

OK… so pretend you’re British for two seconds. Done? Good… now … is a ‘biscuit’ a ‘scone’?

Well, yes, I guess it is. But why do scones look so much better? 🙂 I’ve never baked them before, but I will try them. Do you have a good recipe to share? Thanks for stopping by.

LOL… Loved your post from today. I cheat. I buy the ready mix and add two eggs and some milk!!! Don’t tell a soul, my office think I baked the birthday treats from scratch!

Thanks for stopping by my blog! I appreciate the kind comments.

Very good this recipe, this week I made these cookies for my wife and my three small children and guess what? Everyone loved it! Thank you!

I made this recipe last week and my husband loved it. Thanks Alli, I love your site

Thank you! Your comment made my day. I’m so glad your husband loved it.

Very good this recipe, this week I made these cookies for my wife and my three small children and guess what? Everyone loved it! Thank you!

I also enjoyed the cookie recipes. Congratulations on the initiative to publish
http://cursoimportadorprofissional.luauhen.com/

Thanks for sharing this recipe. I like cooki, and today I will follow your recipe to cooki for my mother!

hoooowwww Thanks for sharing this recipe. I like cook..

This blog is so nice. Thanks I like It

I made this recipe last week and my husband loved it. Thanks Alli, I love your site

Noted! It seems to be very tasty, I’ll try it!

There, I loved everything you shared here with us.
Just wonderful.
Congratulations and keep it up.

I loved That, thanks for Sharing…. I hope have time next week to do to my children…
Loving your blog and waiting to see more, to see my blog to, click Here to check FITRED

My children love this recipe! Thank u for sharing this.

Wow, I really liked it, you gave me a good idea for Christmas, thank you!