We’ve all read horror stories about hidden germs in restaurants.  And, frankly, sometimes I get so grossed out that I actually think that I had rather not know.

I’m not quite a germaphobe – just really, really close to being one. And we all know that germs lurk in places that we never even dream of!

I’ve compiled a list of hidden germs that I know about.  And I’m sure you can add to this list! 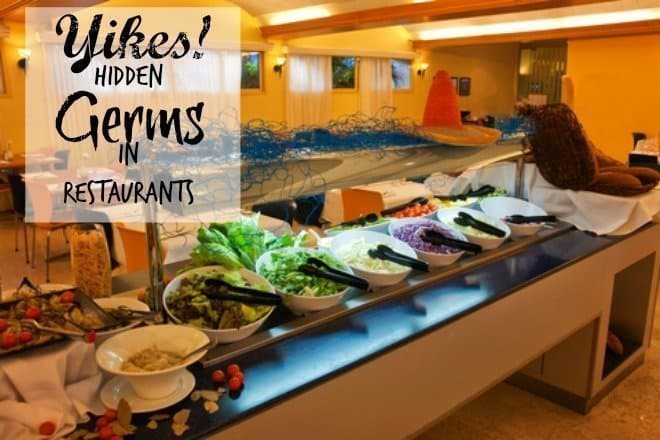 I never, ever, ever, ever eat at buffets (unless I’m forced to because I’m with someone else and I can’t be rude and my hands are tied behind my back and I have a gun stuck in my ribs – OK, I’ve been watching too many cop shows).  I just don’t like the idea of endless food that other people are touching and cute, little, unsupervised children are sticking their grubby little hands into.  I once saw a child (too short for the sneeze guard) sneeze right into a platter of fried chicken on a buffet bar.  No, thanks.

I also read that most buffet bars don’t follow the rules of how long the food should hang out on the bar and the correct temp that the food should be.  Again, no thanks!

Just because the rules of hand washing are posted on the bathroom walls, does not mean that the people preparing and handling your food adhere to said rules.  Recently I was having breakfast with my husband and brother-in-law in a restaurant where you can see into the kitchen.  A waitress (who happened to be ours – lucky us) was taking a smoke break outside the restaurant as we walked in.  When she finished, she walked into the open kitchen and assumed her duties.  Did she wash her hands?  No!

I hate to go into a restaurant restroom and not have a hook to hang my purse.  Did you know that most of the germs that make it into your house arrive via your purse?  Enough said.  Keep that purse off of the dirty floor! 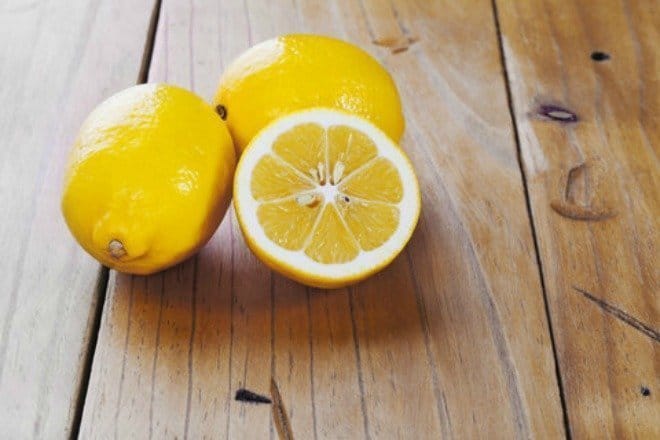 I always have a lime with my water when dining out.  Well, I’m rethinking that decision.  According to the Journal of Environmental Health, swabs from 70% of lemons and limes in restaurants grew potentially harmful bacteria.  They don’t know exactly where the germs come from, but they think it could be cross contamination from raw meat and unwashed hands.

Ice???? An Indianapolis news station sampled ice at 25 local restaurants to be analyzed at a state-certified laboratory. More than half tested positive for coliform bacteria—two of which were specific for E. coli.  Nine of the samples had more bacteria than the news station’s toilet!  Most of the bacteria comes from improper cleaning of the ice machine and unwashed hands.  Unwashed hands seems to be a recurring problem.

Psst:  I’ve heard that some ice cream machines in certain fast food restaurants do not get properly cleaned either.  But that could be an urban myth.  We can only hope.

I was in a mid range chain restaurant a while back.  As I walked out of the restroom I could see straight into the kitchen.  It was filthy!  The floor was disgusting.  Good thing I had already eaten.

And just because a restaurant is high-end, does not make it immune to hidden germs!

What to do?  Should we never eat out again?  Of course not!  One bad apple don’t spoil the whole bunch, girl!  Most restaurants are clean!

I always check the restaurant rating!  And I pay attention to the bathroom.  I’ve noticed that a clean restroom usually equals a clean restaurant.

And it’s a good thing I pray over all of my meals.

Have I missed some hidden germs?  What are some ways that you judge a restaurant’s cleanliness?

Stuff We Loved in August

I love to eat out a lot and I just have to block these fears out of my mind, otherwise I wouldn’t eat anywhere.
When I was out Saturday night having burgers w/ some blogging friends I was delighted to see the kitchen staff wearing gloves BUT you have to wonder if they’re changing gloves often enough too.

YES! Love the glove but hate to see employees scratch their nose or answer the phone with those gloves and then keep on making the food wo changing them. I think they forget they have them on.

I think they forget, too, Aimee! Yuck!

I wasn’t sure I wanted to read your post, because I struggle with germs at restaurants. I always look at our Department of Health website to see if a restaurant has health code violations (and what they are) before I eat there. I would never have thought about ice having bacteria in it!

The ice and the lemons/limes really freaked me out.

Where I live we have a lot of small restaurants and I hate going into one where everything is sticky! From the menus to the floor to the tables.. UGH.. Makes me already hate the food. We also have little hole in the wall Mexican food places and I just shut my mind off because I know the food will be good even if there is a handful of germs that have contaminated my food.

I hear ya! I’ve tried to figure out what some of these restaurants clean their tables with to make them so sticky! Another thing that bugs me is when an employee sweeps the floor right beside the table where I’m eating and all that dust and germs go flying into the air (right into my food).

I agree with every one of your points in this article! We used to eat out a lot, but after seeing news reports, witnessing our own horror stories in restaurants, and hearing from former employees of restaurants as to what goes on in them, we rarely eat out anymore. I’d so much rather make our food at home, where I know it’s clean, not to mention much healthier, than take a chance getting sick from a careless person(s) in a restaurant!!

Us, too! We used to eat out much more than we do now. And when I do, I like to go to places like California Dreaming – where you can see straight into the kitchen! 🙂

My girl’s dad and their grandmother loves going to buffets. Blah I hate it!! I know how nasty those places can be and I’m pretty sure they know as well but just don’t care.

I make sure to pray over my food every time I go out to eat.

I think some people like buffets because they have such a wide variety of foods, but I’m with you, I just say no.

Ick…I really do hate how many germs are lurking around – especially when it comes to buffets. I avoid them like the plague

No buffets for me!

Alli,
My hubby always checks the cleanliness of the bathrooms in restaurants. I’ve walked into places where the floor is tacky as you walk in – not clean.
Annamaria

And sometimes the tables are sticky, too! I’ve noticed in even high-end restaurant restrooms that sometimes the stall doors are so dusty. Do they not know that cleaning a restroom goes way beyond just cleaning the toilets?

And it’s a good thing I pray over all of my meals. You hit the nail on the head with that one!

When I go to restaurants, I try to not think about things like this because it freaks me out. LOL! I don’t eat at buffets often but I know so many people who will not eat at them for the very reasons you stated. It definitely makes you think. Also, thanks for the reminders on the lemon. Thank God we pray over our meals!

I try not to think about it either!

Dear Alli. I’m never eating out again! hahaha (ok, I’m half serious). I try really really hard not to think about these things, but I will tell you I DO judge a place by it’s bathroom and if it’s filthy I won’t eat there again. And I never do buffets. Cause that’s just nasty!

I’m get weird about germs… At my local Subway, they’ll wear gloves to make my sandwich, but they’ll NEVER take their gloves off when they put it in the toaster. It really bugs me because I saw another worker touch the toaster door with their bare hands. I want them to take the gloves off, put my sandwich in the toaster, and then put the clean gloves back on. I’m tempted to say something, but have chickened out.
Also, buffets gross me out, too!! I saw a kid lick a plate and then his mom came by and said, “It’s time to go. What are you doing with that plate? Put it back.”

Yuck about the licked plate!

The menus and condiments! Those spots are some of the worst!

Thanks for reminding me about the menus! Do some restaurants never clean them??? I hate to open a menu and there’s dried food all over it.

Buffets totally creep me out. Not going to lie!

Great post, Alli. And yikes! Now you make me think twice about those buffets! Actually, my hubby and I are always examining restrooms, and other things in restaurants. Sometimes, you can tell the lemon slices and other food has gone through many hands or has been sitting out for hours and hours. That little kid’s sneeze – gross!

Hubby told me of a story when he worked at McDonald’s back in the day. Something kind of gross but I do not remember it now and hubby is asleep to ask.

This totally grossed me out, but we all still need to pay attention to these things! Thanks for coming over and linking up at the #HomeMatters Linky Party! We’d love to see you again this coming Wednesday!

I’ll be there with bells on! 🙂