Thanks to Simply Sesame for supplying me with their delicious spreads. My Raspberry Napoleon and my opinions are my own.

Sometimes I love spending the afternoon in the kitchen baking and at other times I just want a quick dessert that doesn’t take long to make. Enter my Raspberry Napoleon with Vanilla Almond Sesame Spread. 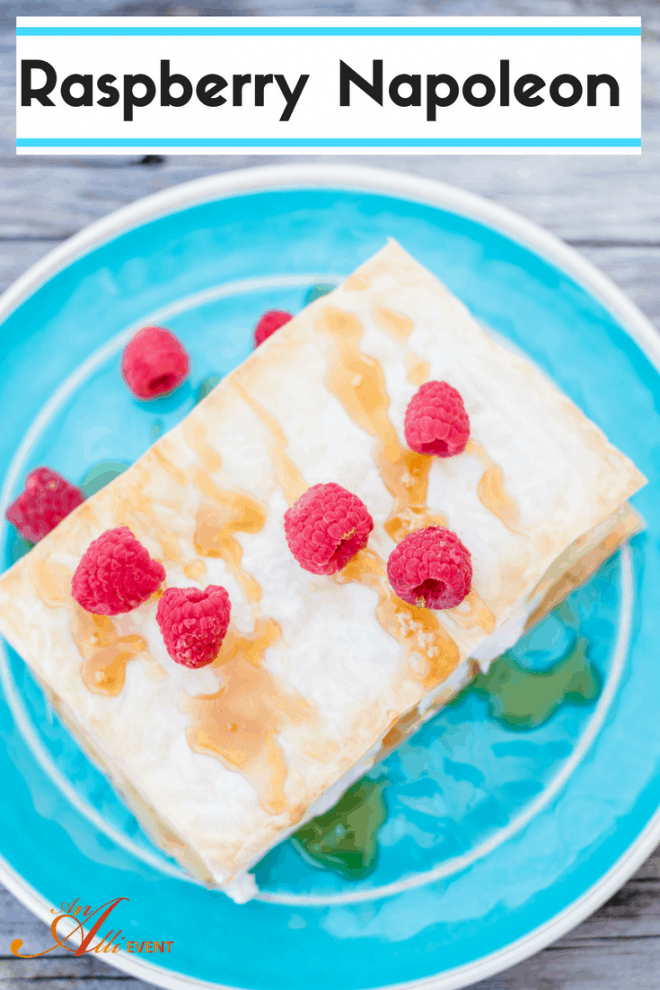 A classic Napoleon usually consists of layers of puff pastry with homemade custard or whipped cream sandwiched between the layers.

A Napoleon is often called a Mille-Feuille (thousand leaves) but since I have no idea how to pronounce it, I’m sticking with Napoleon. Trying to speak french with a southern accent is so, so bad.

For my Raspberry Napoleon with Vanilla Almond Sesame Spread, I’m using phyllo dough instead of puff pastry. I just like the taste and it’s so pretty. You’ve just learned my criteria for good food – tasty and pretty. 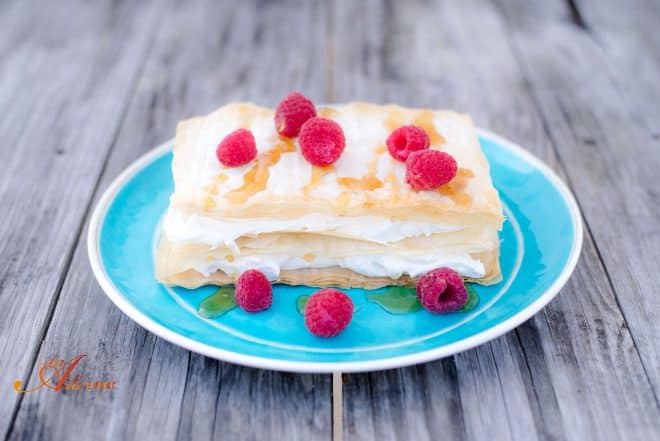 Phyllo sheets are thin and delicate. Brush each pastry sheet with melted butter and layer in a baking pan lined with parchment paper. With a sharp knife, cut pastry sheets lengthwise into thirds. 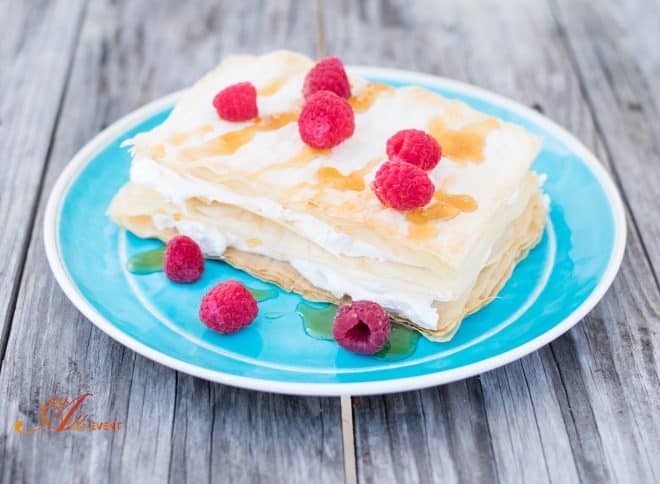 Simply Sesame contains no preservatives, additives, trans-fat, or cholesterol. It’s also Vegan. Who said dessert couldn’t be good for you? 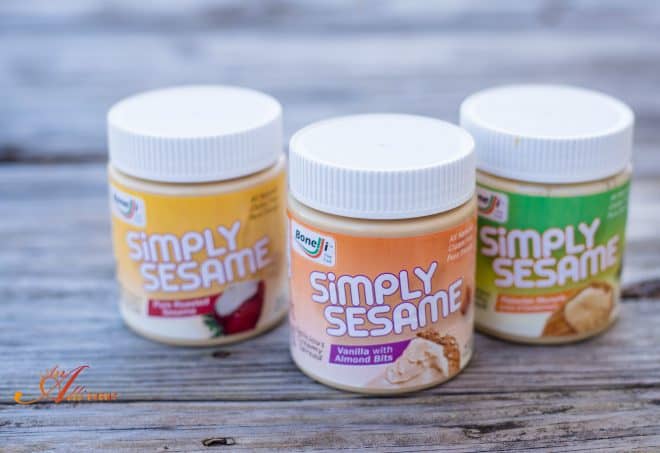