Aunt Jean’s cornbread sticks are so good! Every time I make these, I’m reminded of my childhood.

My Aunt Jean is my mom’s youngest sister and mom to my same-age cousin, Dixie, whom I went to school with and was inseparable from while growing up in the best hometown in south GA.  You can find Dixie’s Pecan Cobbler recipe here.  It’s like pecan pie on steroids – yum!

My cousin and I no longer live in our small hometown, but our parents are still there in the homes we grew up in, with the same telephone numbers and same post office boxes.  No matter where I’ve lived since growing up, my hometown is always the place I think of when I think of home.  Is it the same for you?

I can’t think of my Aunt Jean without the memories of her delicious red velvet cake and crunchy, tender cornbread sticks coming to mind.  When I would stay the night with my cousin, cornbread sticks were usually served alongside the evening meal.  And they were always in the shape of an ear of corn, which I thought was the greatest thing in the world because there was a crust on every side and the crust is always the best part.

A while back I purchased a Lodge corn stick pan just so I could taste Aunt Jean’s cornbread sticks again.  I make cornbread often, including my grandma’s hoecakes, but the first time I attempted to make the cornbread sticks, I think I overfilled the molds, and they turned out to be misshapen blobs of cornbread.  And they stuck to the bottom, even though I had greased the daylights out of those molds. 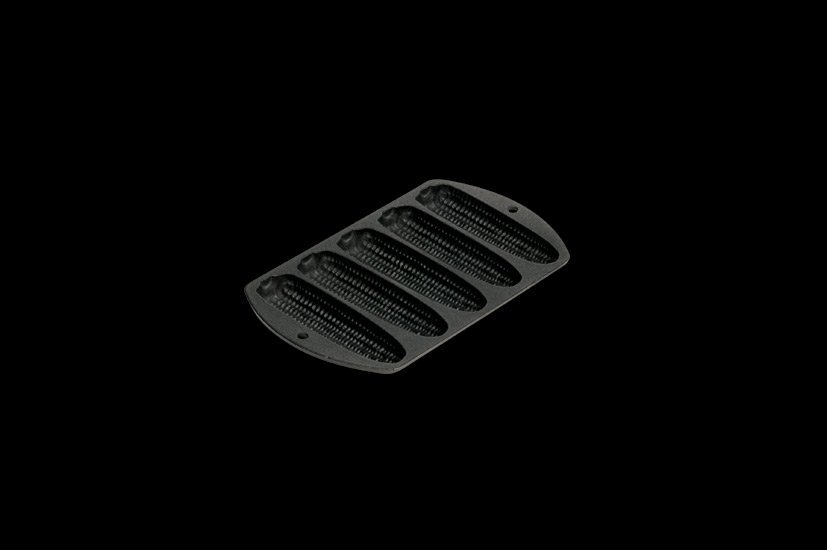 Was I deterred?  No sirree!  The second time around, I sprayed the molds really good with cooking spray and fill them half full with the cornbread mixture.  Perfection!

I like to use Baker’s Joy cooking spray – the kind that has flour in the spray. 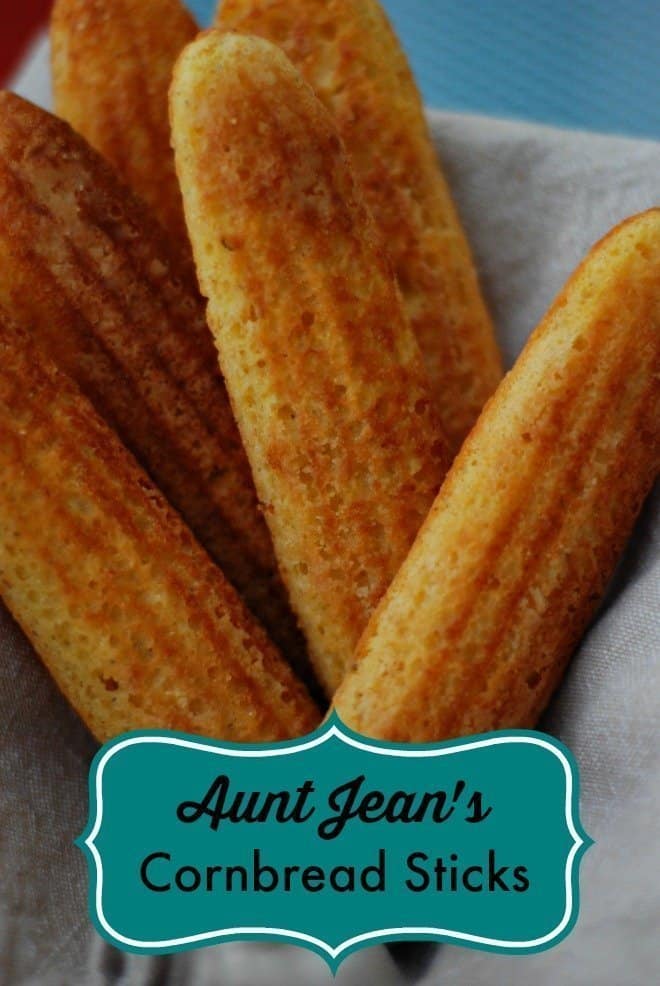 If you don't have a corn stick pan, use a 12 cup muffin tin.


Helpful Hint:  Personally, I don’t care for sweet cornbread, but if you do, just add a tablespoon or 2 of sugar to the cornbread mixture when you’re mixing it all together.


When I’m only making seven cornbread sticks, I just half the ingredients. I always have a little cornbread batter leftover (using a pan that makes seven corn sticks) so I pour it into a greased and floured ramekin and bake it alongside the corn sticks.

I made cornbread pudding with this cornbread and it’s delicious! 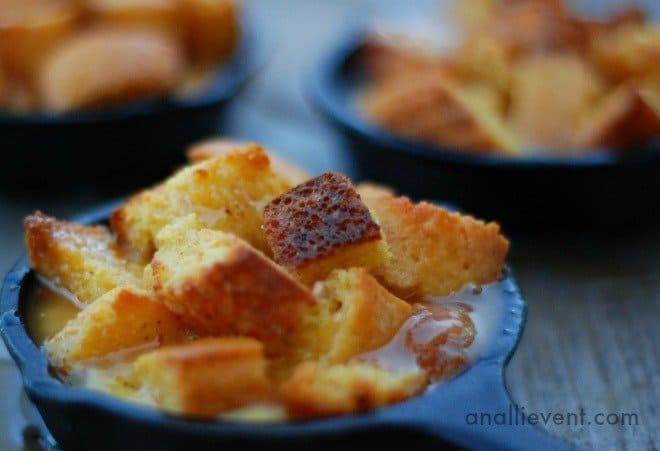 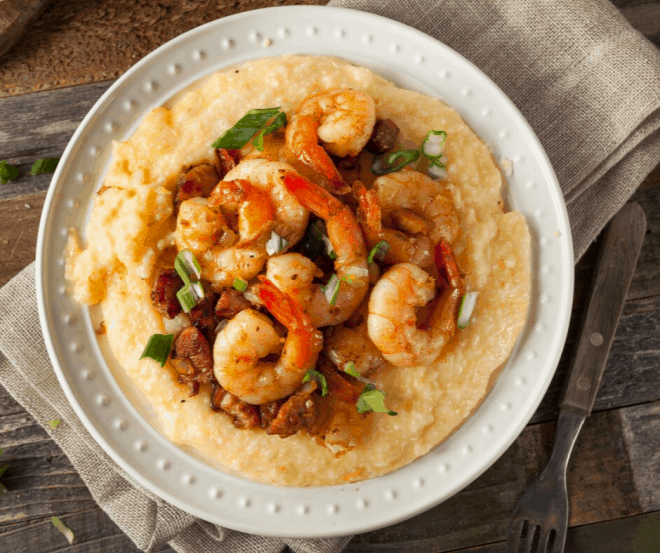 Not So Spooky Halloween

Memories! I totally remember my Great Grandmother making these. Then for breakfast the morning she would put the crumbled up pieces in a bowl with milk. I love your stories and I heart the name “Dixie”.

My dad ate crumbled up cornbread in milk and my mom ate it in buttermilk (yuck). 🙂

Hey, I came over when I saw your Tweet about this. I’m going to try it this week after I find some fancy tins like this one, thanks.

Pascha, I’m a cornbread fanatic and this is my favorite way to eat it.

I have always made corn bread from a mix, but after seeing your recipe I am not sure why!?! It sounds so easy to make homemade corn bread. Although I am going to have to find myself some cute molds!

I am not a fan of cornbread- shocking huh? But your cornbread Alli looks great and I wouldn’t mind giving it a try.

I love cornbread and the molds make them look so pretty for a fall spread. I don’t have a pretty mold like that, but I’m sure they would taste just as good as a muffin 🙂 Pinned & Tweeted.

These look delicious and such a perfect complement to all those soups, chilis, and stews this time of year!!!!!

Yes, soup and stew screams for cornbread! I always crumble mine on the top of soup or stew. 🙂

You always have the best memories and recipes. Pinning! Now to find out what self rising yellow cornmeal mix in Canada would be. Do you happen to have the ingredient list, that would help.

Oh how I love cornbread!! I had no idea they sold those molds. I love the crusty parts of this, too!! So did it taste just like your aunt’s?

MMMMMMMMMMMMMMM!!! This is EXACTLY what I miss about being in the states, the wonderful south in particular!!!

Oh, yes, the south and it’s cornbread! Couldn’t live without it! 🙂 Although, if I had a chance to live in Italy, I probably wouldn’t give it another thought.

My mother had one of those cast iron corn bread molds. I don’t know what ever happened to it. Fond memories right there. I love those big family dinner memories 🙂 That cornbread would be great with a bowl of homemade vegetable soup!

I had thought about buying a mold when I saw one at Cracker Barrel, but waited to see if I could find it cheaper at Amazon, but it was about the same price. It does bring back memories! Vegetable soup and cornbread is a southern classic and oh, so good!

Yes, it is 🙂 Thanks for sharing with us at the Home Matters Linky Party too!

These sound amazing. Perfect now that we’ve hit chili weather. Thanks for sharing!

Oh yummy!!! I need to give this recipe a whirl. Wish I had one right now. Stopping by from Merry Mon. Link Party. Carrie, A Mother’s Shadow

They are so good and crunchy tender!

I’ve pinned this post to the Pin Worthy Wednesday Board also! Hope to see you next week!

[…] besides that comforting bowl of vegetable soup is Grandma’s Hoe Cakes or Aunt Jean’s Cornbread Sticks. For me, soup must have […]

Thanks for stopping by An Alli Event! My parties have to be fun, frugal and fabulous! My décor is always simple, yet stunning. My food is scrumptious and satisfying. Stick around and I’ll show you how to take my ideas and make them your own.
Your information will *never* be shared or sold to a 3rd party.
36shares
This site uses cookies: Find out more.