Sometimes, you’ve just got to indulge. Krispy Kreme Doughnuts Bread Pudding is reserved for special occasions. Is shaving my legs a special occasion? During the winter, it is! Get ready to dig in!

This recipe is perfect for when you need an over-the-top dessert. Or, if you’re hosting a holiday brunch, you need to serve Krispy Kreme Doughnuts Bread Pudding.

For more recipes with pecans, check out my Best Recipes Featuring Pecans. 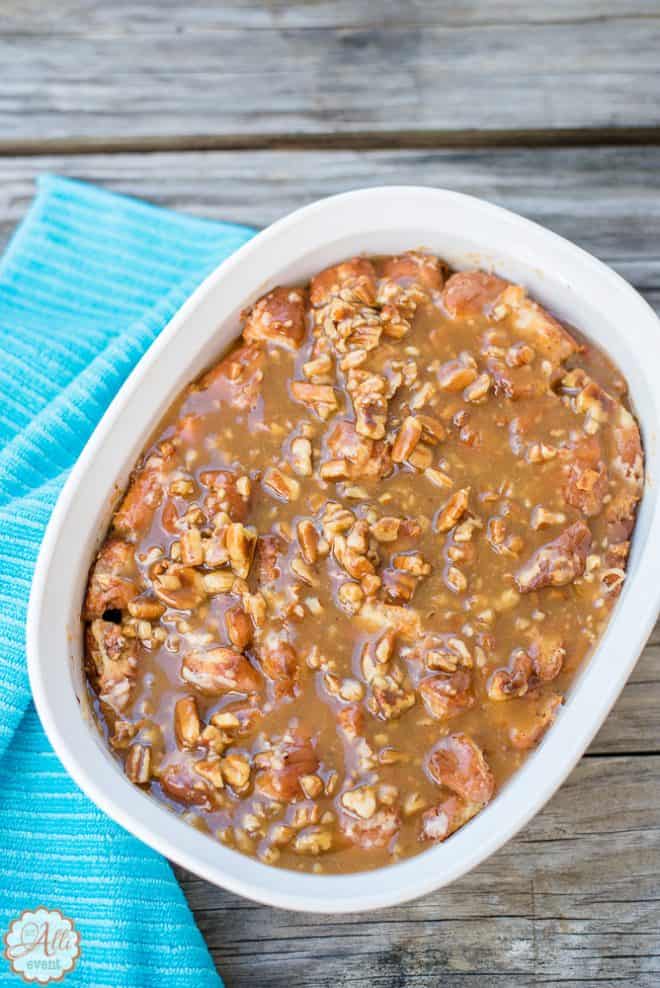 Mom never made bread pudding when I was growing up. I didn’t even think I’d like it because of the eggs. I don’t do that overly eggy thing, as in french toast eggy.

No one is allowed to place a dish in my dishwasher that has touched an egg. What can I say? I have an aversion to eggs.

A few years ago, I started playing around with bread puddings and I found that I really, really like them. I may have decreased the number of eggs by one or five. In the process, bread pudding quickly became a favorite.

Let’s talk doughnuts for a second or two. You say donuts, I say doughnuts. My doughnuts must be Krispy Kreme. Krispy Kreme is southern to the core and the only doughnut for me!

On July 13, 1937, Mr. Rudolf opened his doors and began selling Krispy Kreme Doughnuts to local grocery stores and the rest is history!

For this recipe, we’ll use the regular glazed. Is the Hot Now light on? Oh, yes it is!

For this recipe, you’ll need a dozen Krispy Kreme’s, cut into 1″ size pieces – just eyeball it. Place the cubed doughnuts in a large bowl. It’s best if you’ve had them on hand for a day or two. 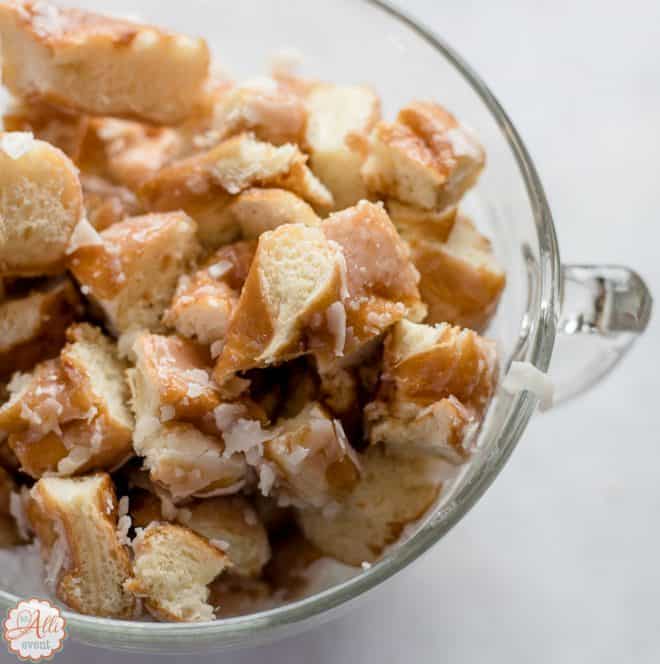 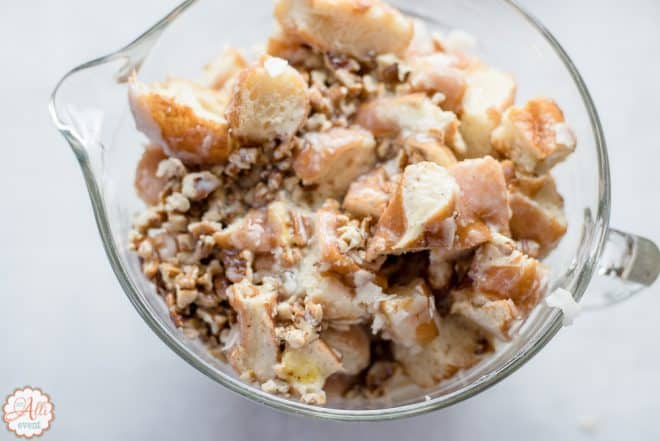 Pour mixture over the cubed doughnuts and let sit for about a minute. Gently stir together and place in a greased 8×8 inch square baking dish. 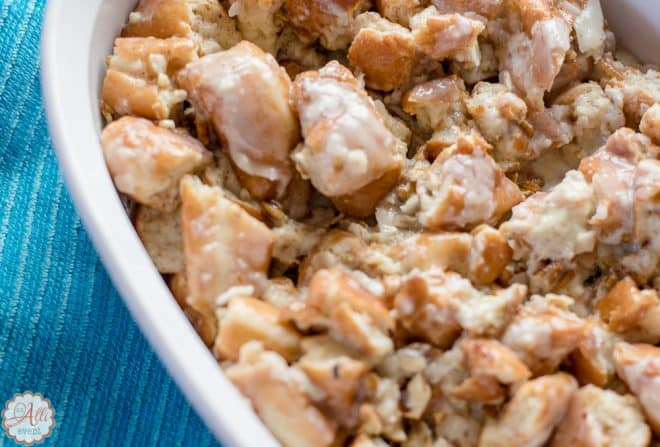 Bake for approximately 50 minutes or until the center is set. 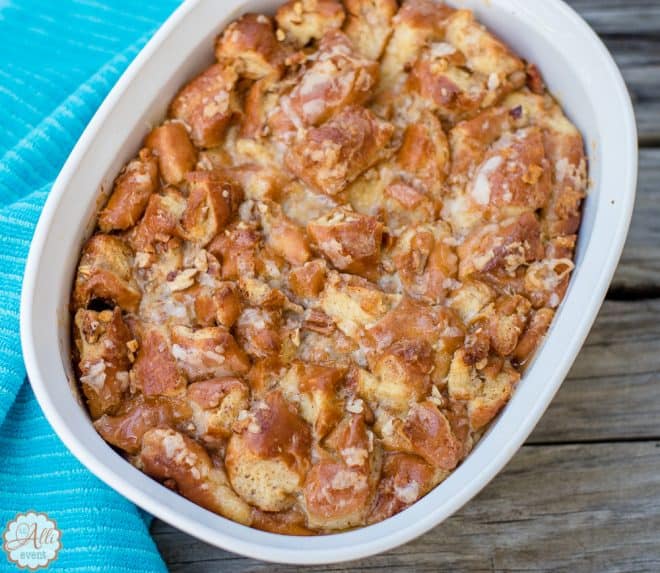 In a saucepan, combine butter, brown sugar, and whipping cream. Cook over medium heat, stirring occasionally until the sauce comes to a full boil. Stir in pecans and vanilla. 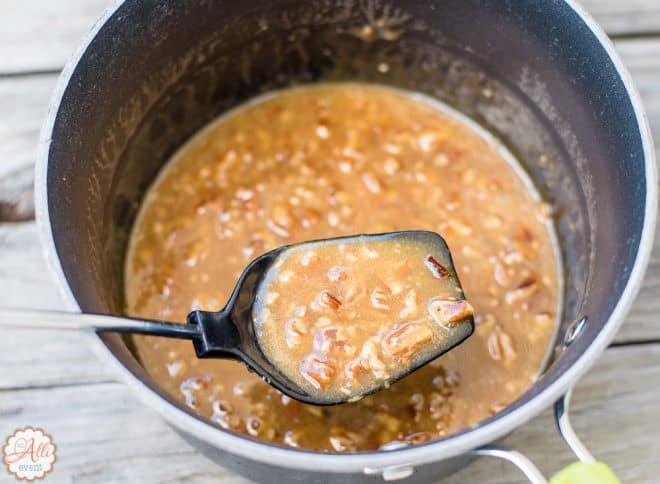 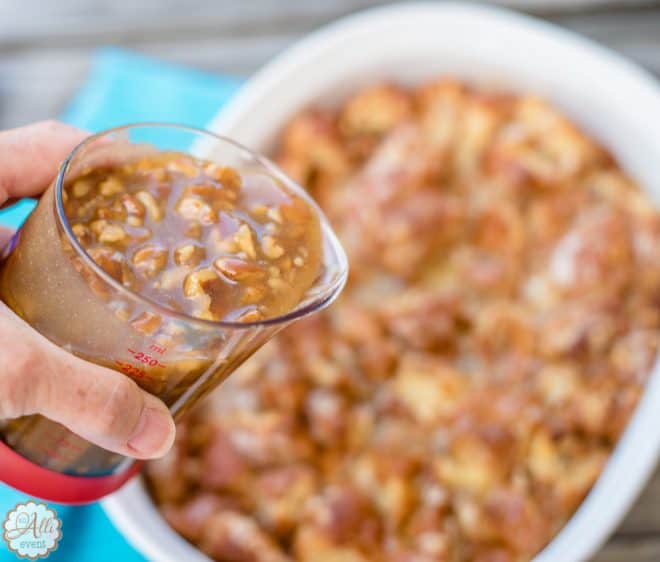 Helpful Hint: Sometimes, I serve the Caramel Pecan Sauce on the side. That way, your guests can control how much they want to add.

Oftentimes, I pour half of the sauce over the bread pudding and serve the other half on the side.

If you’re entertaining guests for the weekend, serve Krispy Kreme Doughnuts Bread Pudding for brunch. Add some fruit on the side and you’re good to go.

This decadent bread pudding can also be served as dessert. Any excuse to eat Krispy Kreme’s is good enough for me.

When it comes to decadent desserts, what’s your favorite? 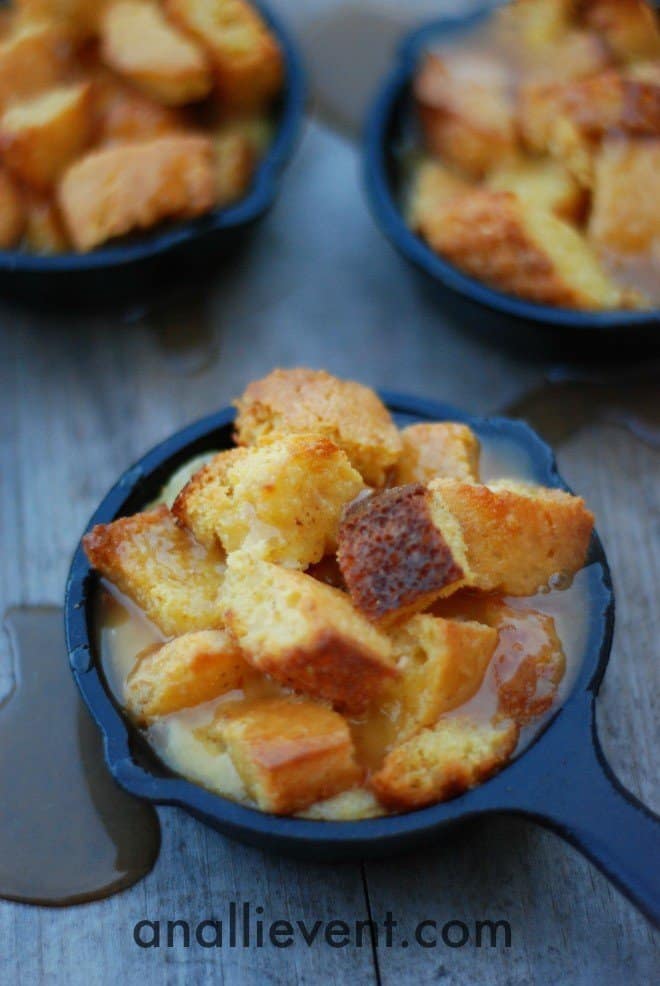 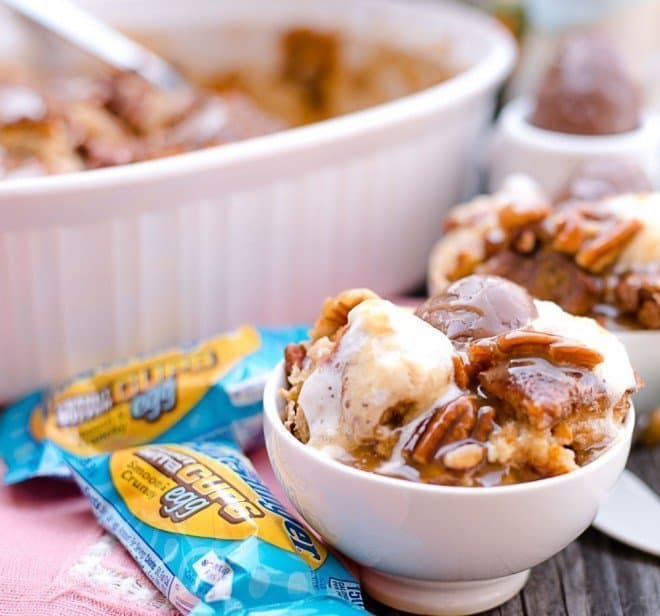 The Good, Bad and Ugly of Having a Viral Video

How to Make Bacon Sausage Kabobs and Cleanup Tips