Apple Pie Parfait is a sponsored post for Vibrant Influencer & Marie Callender’s. I am receiving a fee for posting; however, the opinions expressed in this post are my own. I am in no way affiliated with Marie Callender’s and do not earn a commission or percent of sales.

Apple Pie Parfait is easy to make and fun to eat!

What’s your favorite holiday dessert? I’m all about the pie! I’ll take pie over cake any day of the week and especially during the holiday season.

At my house, the one dessert we can all agree on is apple pie – Marie Callender’s dutch apple pie to be precise. Since I’m all about the crust, I feel like I’m getting a double dose, with a tender, flaky crust on the bottom and a crispy, crumbly streusel on top.

I also like the fact that Marie Callender’s dutch apple pies are made with 100% Fuji apples, pure cane sugar and a dash of cinnamon. 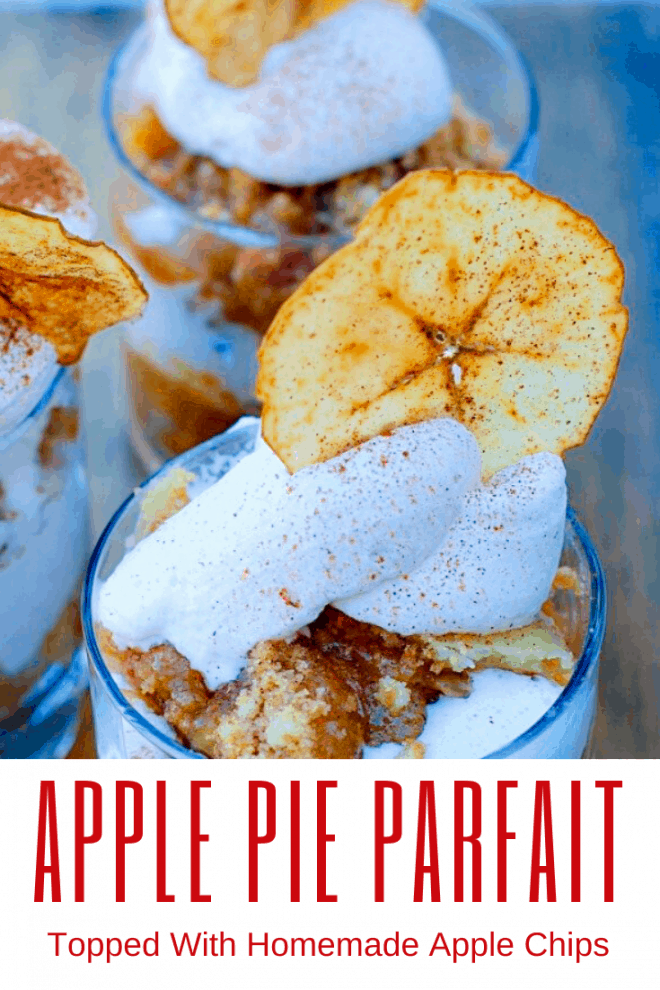 Because I’m super-duper busy during the holidays (who isn’t?) and holidays are all about family and friends (right?) I’ve found some dessert shortcuts that you’re going to love. Plus, your home will smell heavenly!

Early in the day, while I’m wrapping presents, cleaning the house or spending time with the family, I make my apple chips.

How To Make Apple Chips 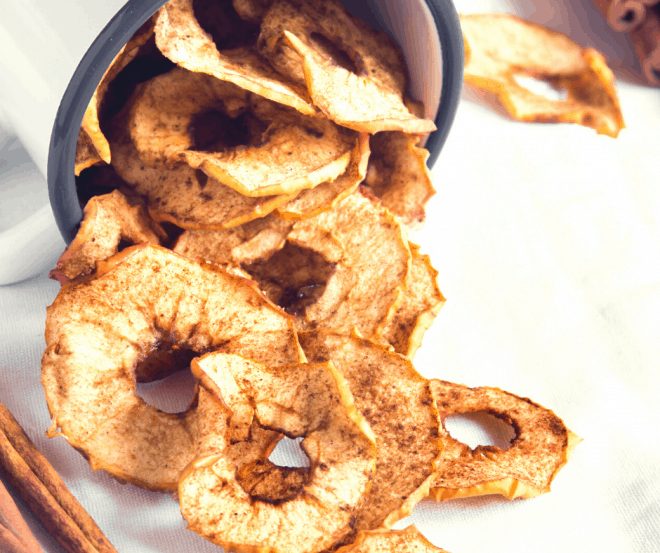 Thinly slice a Fuji apple, sprinkle with a teaspoon of cinnamon and arrange the apple slices on a parchment-lined baking sheet. Place in a 250-degree oven for 2 hours.

After the first hour, flip the apples so that they crisp evenly. You can bake them an additional hour if they are not crisp enough.

Once the apple slices are done and have permeated my home with the tantalizing smell of apples and cinnamon, I amp that smell up a few notches by baking a Marie Callender’s dutch apple pie according to the directions on the package. 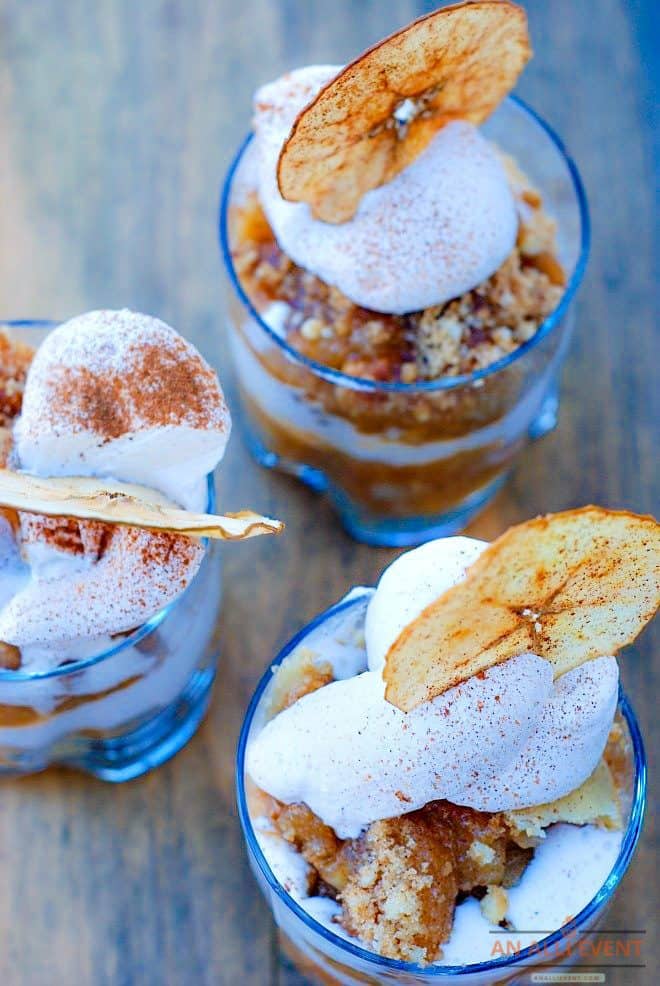 When the dutch apple pie has finished baking, I whip up the cinnamon whipped cream.  It’s so easy!

How to Assemble An Apple Pie Parfait

After the pie has cooled a wee bit (we like it warm!), spoon it into pretty glasses alternately with the cinnamon-dusted whipped cream. Top it off with an apple chip. It’s the perfect holiday dessert!

This is one of the easiest (and tastiest) desserts to make during the holiday season. 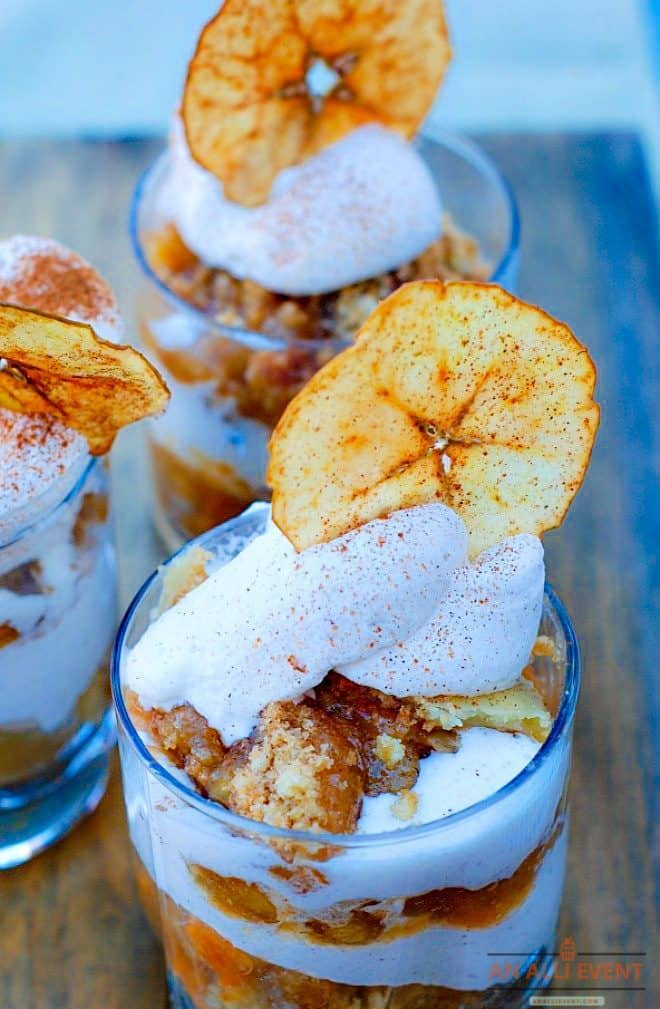 My husband always wants vanilla ice cream with his dutch apple pie. He likes for it to melt a little into the warm pie so that each bite is perfectly balanced. So, in addition to the cinnamon whipped cream, I make sure to have vanilla ice cream in the freezer for the hubs.  Men!?!

If you have any leftovers (that’s a big if), you’ve got to try my dutch apple pie milkshake. It’s so easy to make and so delicious!

Be sure and visit Marie Callender’s website to check out all the delicious fruit pies. You’ll also find cream pies including peanut butter and turtle. Double yum! You can also visit their facebook page to see more ways to save time during the busy holiday season. 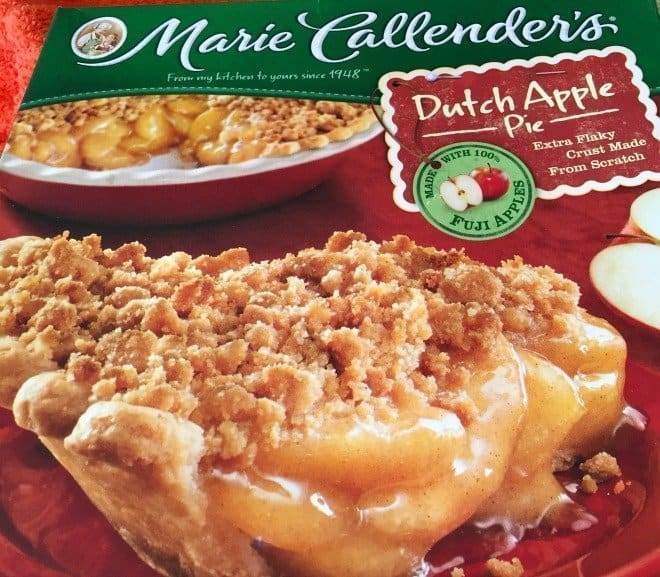 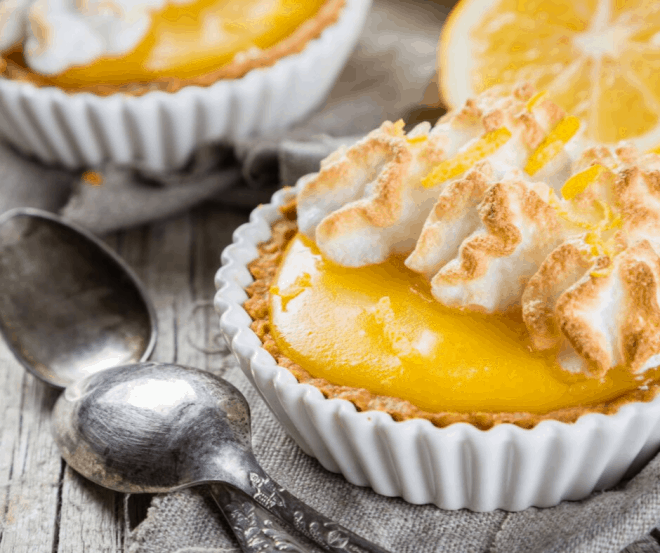 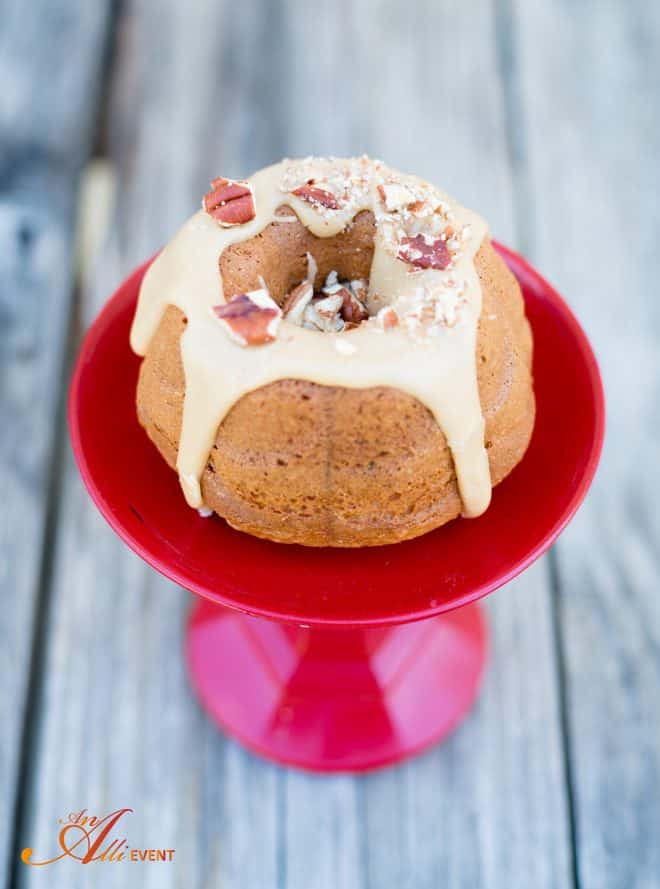 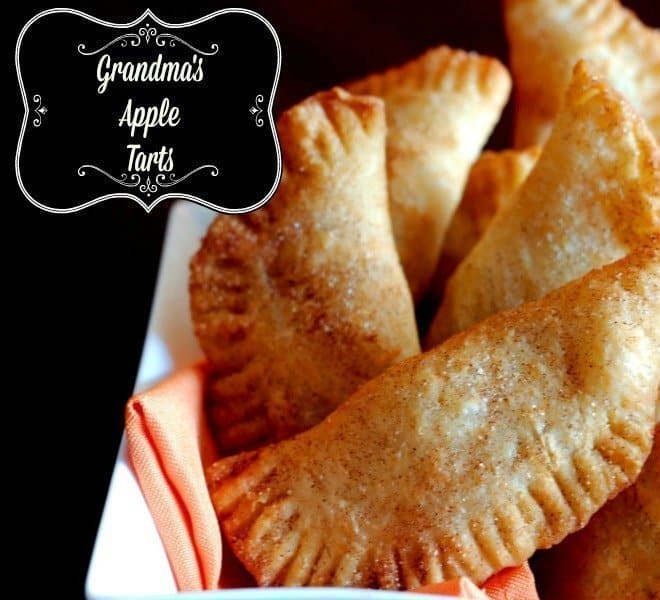 These look amazing!!! I need to try them out!! Thanks for posting this yummy recipe!

My family loves the dutch apple parfaits. And I could munch on those apple chips all day long.

We’ll sometimes get a Marie Callendar apple pie–they are always so good (and no cleaning up afterwards like baking!)! I love apple, cherry, and pecan pies for the holidays. YUM!

I’m all about shortcuts during the busy holiday and the no cleaning up is a bonus!

Once again, you are jeopardizing my Weight Watchers points! Love this recipe. Seems easy enough to make because I’m not actually making the pie. Think I’ll add it to my list. Thank ya ma’am!

Dionne, this is so easy to make and it’s impressive. Makes you look like you’ve been baking all day. 🙂 As for the weight watchers points, the apples are fruit, right, and fruit is good? 🙂

OMG, I want to lick my computer screen right now! Both of these recipes sound so yummy! I plan on trying them both! 🙂

Thanks, Paris! They are really good.

That looks sooooo good Alli! I want to reach through my screen and take a bite. Pinning this for sure. YUM YUM!!!!

It is so good. Your guests will never know you didn’t spend the entire day baking.

This looks so tasty! YUMMY!

Thanks for joining the Link Up this week and Happy Thanksgiving! 🙂

I love apple desserts, so I cannot WAIT to try this– looks wonderful!

That looks yummy! I love those apple pies!

These look delicious (both the parfait and the milkshake recipe)! My favorite pie is probably pumpkin, but cherry is right up there. Can’t wait until Thursday. I am going to eat all the pie I can and then I will head to the gym all weekend long! : )

I’ll take pie over cake too, and served so beautifully I would take two ;). Love the apple chip at the top.

There are so many great things going on in this post. I’m noticing the apple crisps as a perfect topper but an opportunity for a snack. Next, I’m looking at the great helping of crust against the cream. And like a good southerner, vanilla ice-cream sets everything off perfectly.

This looks AMAZING! I had to pin it to try later! I love this time of year because it gives me an opportunity to try different recipes, especially sweets!

Oh, yummy! All of this looks amazing and so simple! (My favorite kind of amazing!)

I need this parfait in my life like right now! This looks absolutely beautiful and delicious!

YUM!!! Wish someone would have saved me one… ;D lol

Marie Callender’s apple pie is our favorite! I will be trying this soon!

I could have easily had seconds.

These are gorgeous! Rory loves all things apple, so these will be a big hit! Pinned. 🙂

Thanks for pinning, Lorelai!

This looks amazing, Alli. In the Caribbean my favorite dessert used to be fruit cake now out here in the US….I have no idea! However, I do enjoy all the pies that comes with each season!!!!

I love Marie Callender! This just looks so so good. I’m really drooling and plotting when I’m going to make this!

That is a beautiful dessert! I am working this Christmas and Thanksgiving and a store bought dessert is a must for me this year. What a great way to add special touches. I love Marie Callender’s anything! Yum! Her pot pies are out of this world.

What a wonderful and simple dessert idea! Thanks so much!

Oh my gosh! How I LOVE this recipe, even more so because it can easily be made for vegans like myself. Sharing this EVERYWHERE! 🙂 #ibabloggers

Will be trying these soon!