How to Support the Troops & Grilled Marinated Pork Chops

This shop has been compensated by Collective Bias, Inc. and The Coca-Cola Company, all opinions are mine alone. #USOCarePacks #CollectiveBias

I always look forward to daily chats with my dad. Recently, we were discussing our July 4th plans, which always includes a cookout. Our conversation naturally turned to our family members who have served our country in the military. I knew about my uncle and brother, but I didn’t know that several of my great uncles served during World War II. 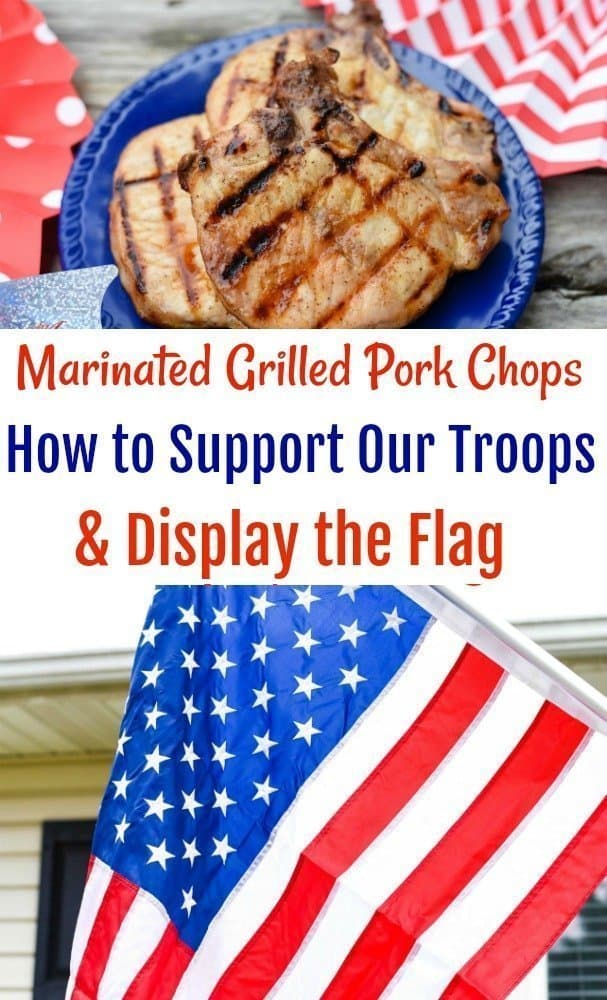 When my Uncle Buck was stationed in Alaska, he learned to ski.  He went on to win several skiing championships. That’s not too shabby for a South Georgia boy who had rarely seen snow.

To remember my family members who served and to honor our troops today, I make sure and display the American Flag on special holidays, including Memorial Day and 4th of July. Did you know there’s a right (and wrong) way to properly display the flag? 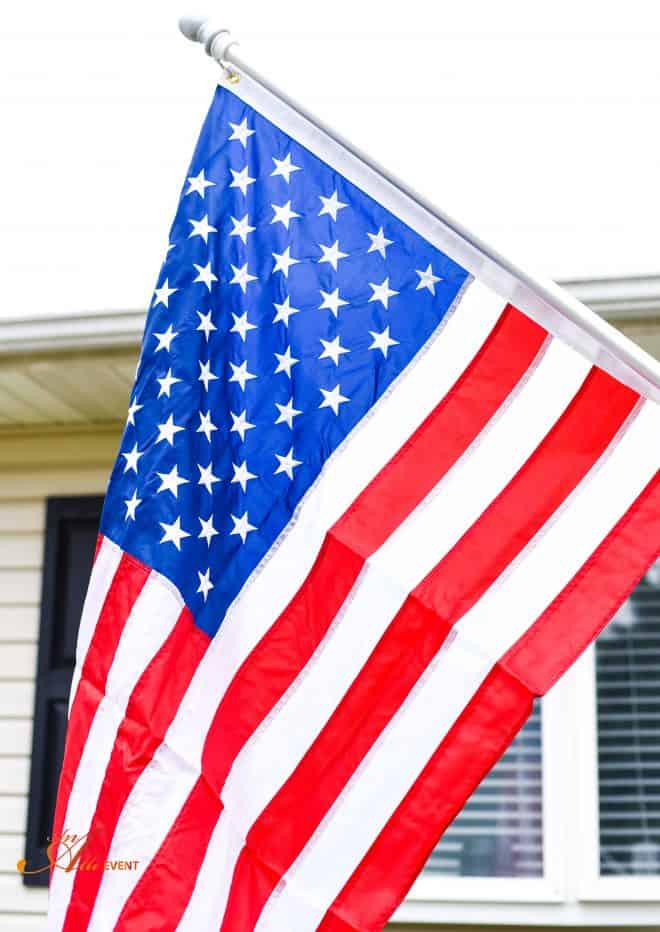 3.  The flag can be displayed every day, but especially on holidays, including  Memorial Day (half-staff until noon), Flag Day (June 14), Independence Day (July 4) and Labor Day.

5.  In public places, such as a church or auditorium, the American flag should always be displayed to the speaker’s right.

1.  Never fly another flag above the US flag!

2.  Never display the flag during inclement weather (unless it’s weatherproof).

3.  Never, ever let the flag touch anything beneath it, including the ground or shrubs.

Other Ways I Support Our Troops

I was thrilled to learn that  Coca-Cola™ has partnered with the USO to provide care packages from home to soldiers overseas.  The USO (United Service Organizations Inc) helps America’s military service members by keeping them connected to their family and country, while they are serving our nation. 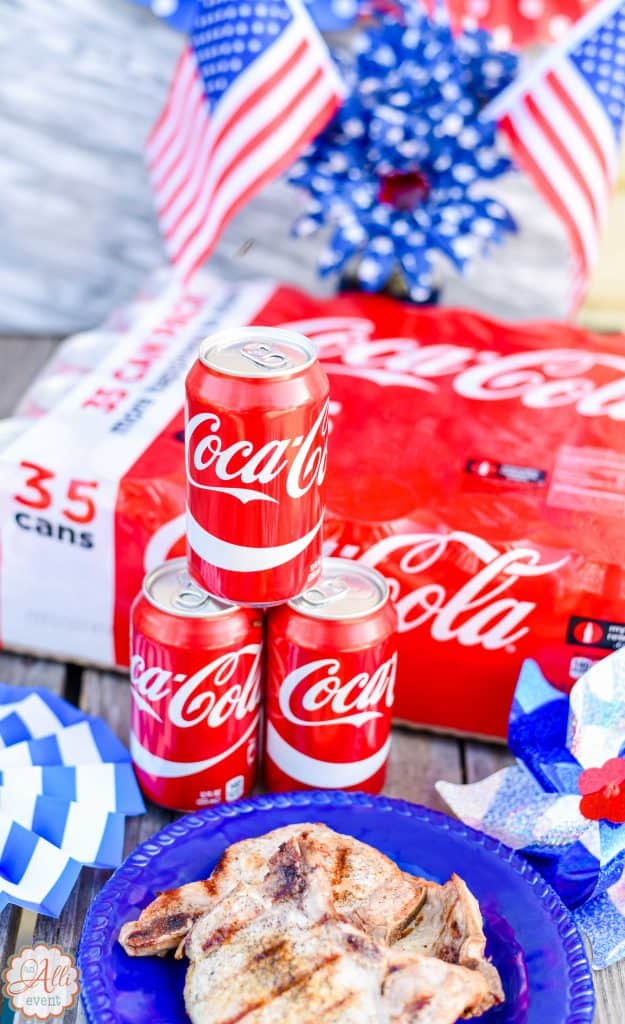 When I was in Sam’s Club stocking up on Coca-Cola for my cookout, I decided to join in and help the USO to provide care packages from home to soldiers overseas. The patriotic, USO packaging reminded me to donate! You can also join Coca-Cola by donating to send care packages to military soldiers overseas. It’s quick and easy and I love being able to do my part in supporting our troops.

During Patriotic holidays, I have my flag displayed while my husband grills up his famous pork chops. The marinade is easy to whip up. 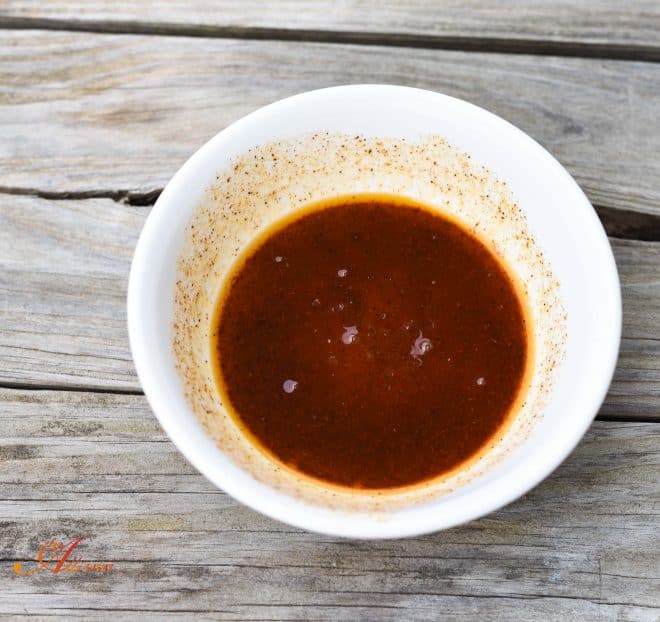 Sprinkle the pork chops with salt and pepper. Place in a zip-lock bag and add the marinade. Let rest on the kitchen counter for 45 minutes. 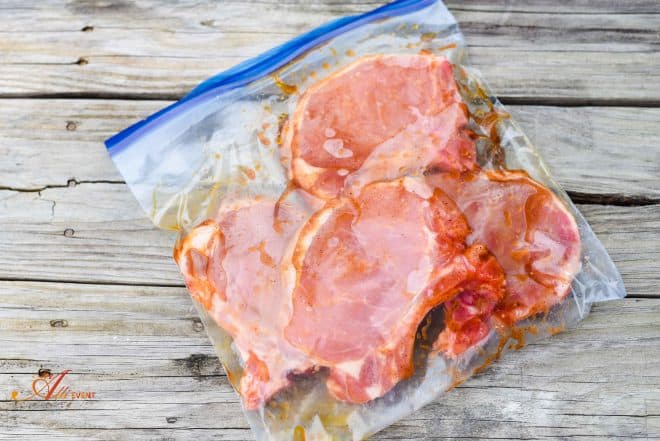 Preheat the grill and cook the pork chops for four minutes. Flip and cook for another three minutes. 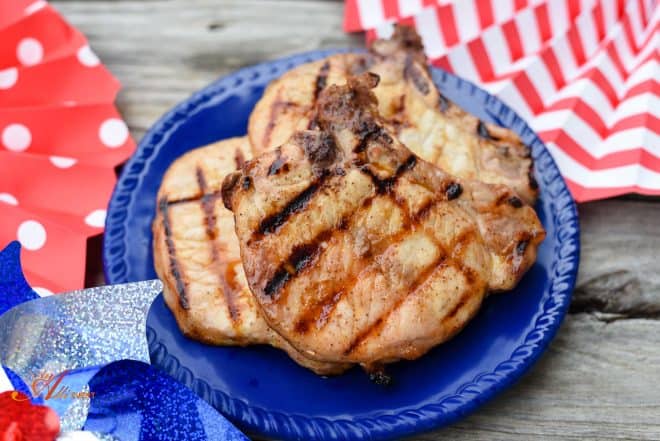 Helpful Hint: Don’t overcook the pork chops. It causes them to be tough. 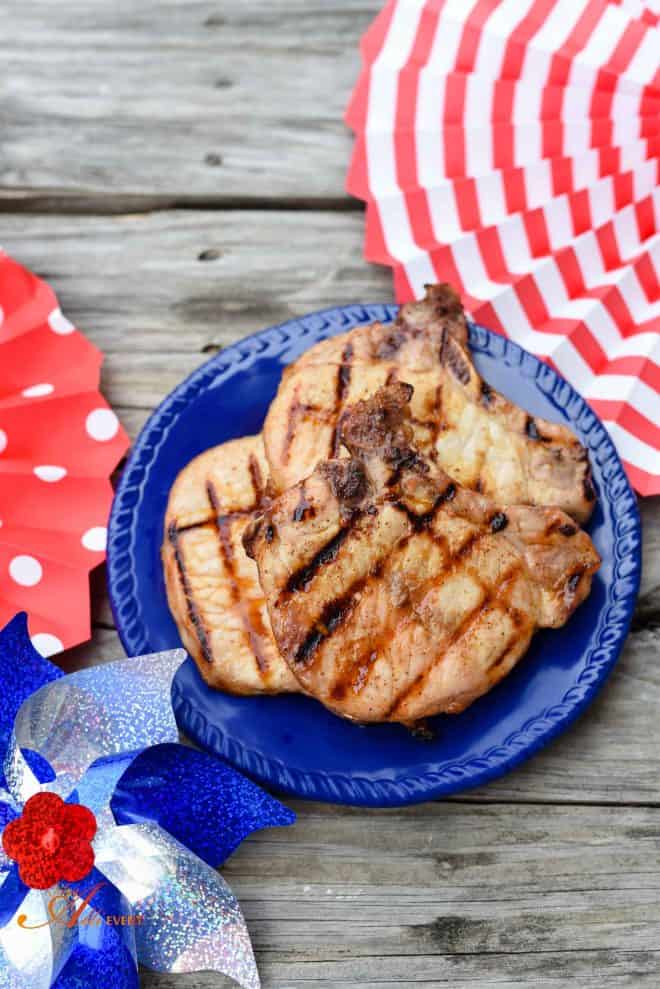 I firmly believe in honoring our military and I do everything I can to make sure my family understands the importance of supporting our troops. Please join Coca-Cola by donating to send care packages to military soldiers overseas. I did!

How do you support our troops?

How to Have Clean Laundry That Smells Good

5 Reasons Why I Love My Personalized Stitch Fix

I am married to an Air Force Vet, so he is all over our flag! He also send lots of care packages overseas, which they all really appreciate!

I find that so amazing that your Uncle came from somewhere with no snow and was able to dominate a snow sport.
Rock on man!
Canadian Armed Forces and Navy runs in our family so we always notice the flags. It’s kind of hard to mess up the Canadian one (unless you flip the maple leaf upside down). I had no idea though about your flag and the ways to hang yours. Thank you for sharing that. It’s so interesing and I bet that not a lot of people know that.

That is so great that Coke is doing this for our troops. My grandpa’s were only stateside during the war, but my great uncle Bobby told us some stories of his time in New Zealand…head hunter stories! It was amazing to hear about but wild that I had never heard about it before!!

We display the American flag proudly outside my home! Your pork chops look absolutely perfect – I wish I could get grill marks like yours lol!

Your pork chops look perfect!!! Also, thanks for the reminder, I’d forgotten some of the flags do’s and don’ts 😉

Such a nice article. Good that you incorporate the Do’s and don’t about the National Flag. Sometimes people are not aware of that so this is a good reminder and at the same time readers will enjoy the food recipe.

Now your pork chops sound absolutely delicious – a real treat for anytime. It always amazes me all the rules around flying flags properly.

I am happy to see a recipe that I am actually looking for. Thanks for this! Also, I am not yet familiar on the what and not to consider for American Flags. Thanks as well for including this. Learned something new today

We support our troops every way we can. We have many friends and family that are either retired or currently serving. And flying the flag is a must in our family!

We have a family full of people who have served in the military as well so I absolutely love it when companies and people give back! Such a wonderful thing to do this time of year! Also loved the great tips and those pork chops look delicious!

I really appreciate this information regarding proper flag etiquette. My dad is former Army special forces, so I try and do all I can to give back to our nation’s heroes!

Thanks for the tips on how to properly display an American flag. Pork chops are often dry, so marinading them definitely help bring some moisture to the meat. Looks super yummy!

It is great to be grateful for the sacrifices our servicemen made for this country. Thanks for the information on how to properly display the flag.

Thanks for sharing these ways to support the troops. It’s so important to recognize the sacrifices our soldiers make and have made.

My Dad taught me how to properly fly a flag a long time ago. It’s surprising how many people don’t know things about lighting and how to retire one.

Great info on how to celebrate our troops the American way! I didnt know about many of these but thanks for sharing this I am grateful to them!

Thanks for sharing this post! It is so important to support our troops as they fight for us every day.

Supporting our troops and being patriotic is super important. Thanks for sharing!

Uncle Buck sounds like a fun guy! Those pork chops have my mouth watering.
We fly our flag year round and put up a new one when the wind begins to tatter the edges. Most VFW and American Legion posts accept old flags for proper disposal. Our hardware store actually has a drop box too.
Love that you shared this information and I just love your red, white and blue table decor too!

I actually fly my flag year round too. Once it becomes battered, I buy a new one. Yes, Uncle Buck is a trip! 🙂

What a great way to support a good cause. I also love how you shared about displaying the US flag – such honor and dignity for sure. The pork chops look great and I am always trying to find new recipes for them because my hubby loves them.

It must be a man thing! My husband loves pork chops too. Oh, and ribs! 🙂

Thanks Alli for shaing these important facts. I had no idea.
I will pass along