I was recently browsing Pinterest for a lite dessert that I could serve on Easter Sunday alongside Dixie’s Pecan Pie Cobbler. You can find the famous cobbler recipe here! I decided to make a Root Beer Float Pie.

I always try to offer at least one dessert that is lower in calories or fat just in case someone is actually watching what they eat during a holiday dinner.

When I stumbled upon a Root Beer Float Pie from Taste of Home, I pretty much figured it would be a big hit coming from one of the best food magazines around. And when I saw the list of ingredients and how simple it was to make, I was all in. 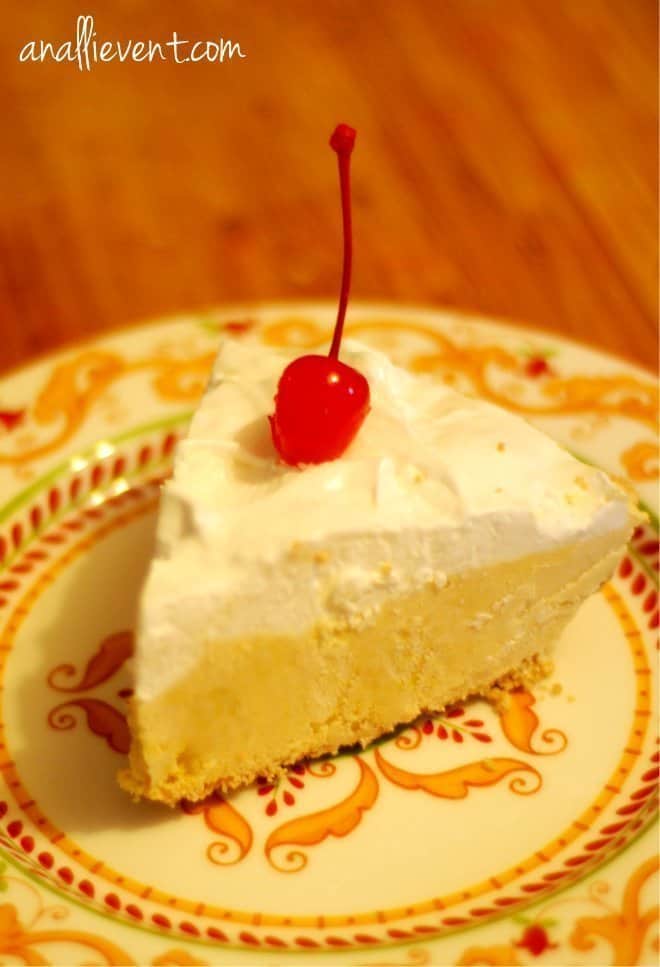 The recipe calls for 5 ingredients, including a 3/4 cup of diet root beer and a ready-made graham cracker crust.

Was it a hit or miss?

Before I give the verdict, let me preface it with the fact that I don’t like root beer. At all.

But I do like trying new recipes so I gave it a whirl.

My husband liked it. Daughter #3 liked it. Daughter #1 said, and I quote, “If this had been the only dessert, I would have loved it, but when you put this low fat, low sugar concoction up against the pecan pie cobbler, the root beer float pie doesn’t stand a chance!” 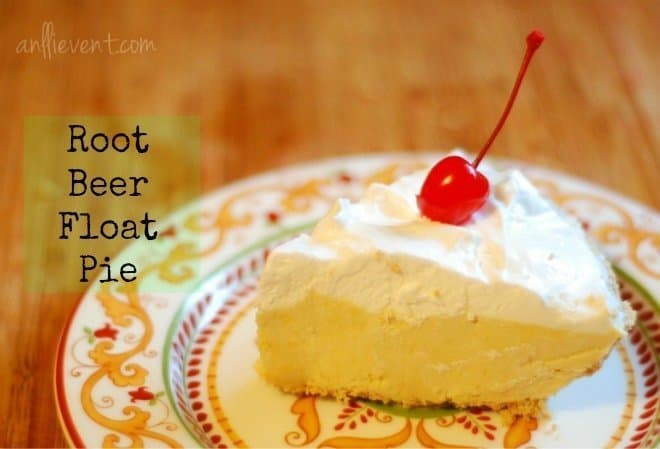 As for me, I’m straddling the fence with this one! I’m thinking that if I could substitute the diet root beer for a diet lemon-lime beverage, it might work. Most root beer contains anise and/or licorice root. And I can’t stand black licorice, so there you go.

Will I ever make Root Beer Float Pie again?

The following recipes are all big hits!

Although I enjoy a good rootbeer, I’m not a fan of the overpowering taste of anise. I like your idea of trying a diet lemon lime soda. Great post!

Alli, I love your Hit or Miss posts! I can totally understand how this would pale in comparison to the Pecan Pie Cobbler! My hubby likes root beer, but I’m with you, not a big fan. I think the lemon-lime idea is great and would totally try that. Thanks for a fun post and happy Wednesday!

I know it adds a lot more sugar but what about using a regular soda instead of diet? My brother loves root beer and with his birthday coming up I think this might an interesting alternative to cake. I think I’ll give it a shot!

That’s a thought! If you try using a regular soda, let me know how it turns out, please! 🙂

My son loves root beer so I bet he would like it. I think I’ll try it. I will have to remember to make it a stand alone desert. Thanks Alli!

If he’s a root beer lover, he will love it!

Hi Allie! Stopping by from #tribedare…didn’t get by yesterday, sorry…out with the kids all day. Love you About page, I think almost all those things I would use to describe myself. I don’t like root beer either and I’m glad someone else thinks it tastes like licorice. My family always looks at me like I’m crazy when I say that.

Danita, thanks for stopping by! Yesterday was a busy one for me, too. I think I finally got around to everyone in my tribes this morning! 🙂

Hi Alli! Thanks so much for dropping by from the SBG #tribedare! I tried to comment on your “About Me” page, but couldn’t, so I’ll comment here, lol! First of all, you.don’t.look.like.a.grandma! You have a beautiful family! I’m so waiting for our daughter and son-in-law to have our first one! Secondly, I have to disagree with you on #13(my husband and I pastor the world’s best church). Hahahaa! But seriously, we are two blessed gals to have such wonderful church families, aren’t we!?

I love root beer, so I definitely must try this recipe! Thanks for sharing and thanks for stopping by! Blessings!

Oh, and thanks for the compliment!!!

You daughter #3 comment was too funny! Well, we try new recipes (especially healthier ones) but we do not know how they would turn out!

I’ve never been much for root beer floats, but this pie LOOKS so pretty! I might try it out!

I liked it and I don’t like root beer at all.

I might try this with the diet lemon lime soda. I like root beer about once every few years. It’s a unique recipe.

My oldest daughter suggested changing the pudding to lemon and doing the lemon lime soda. Sounds like a winning combination.

I’m going to try it and let you know!

I am a huge rootbeer fan and was just talking about making floats the other day with a few friends. This is a great alternative. Thanks for sharing! #BlogTribe

This looks super tasty! I never would have thought of using rootbeer in a pie. Super cool!

I had never thought of it, either, until Pinterest! 🙂

This sounds so good. Would love to try it!