Slow Cooker Beef Fajitas are tender, flavorful and so easy to make.

The slow cooker is my best friend when it comes to preparing lunch on Sundays. That’s the day when the entire family gathers at my house for a meal. I’m always coming up with new recipes like these slow cooker beef fajitas. It keeps things from becoming too routine and boring. 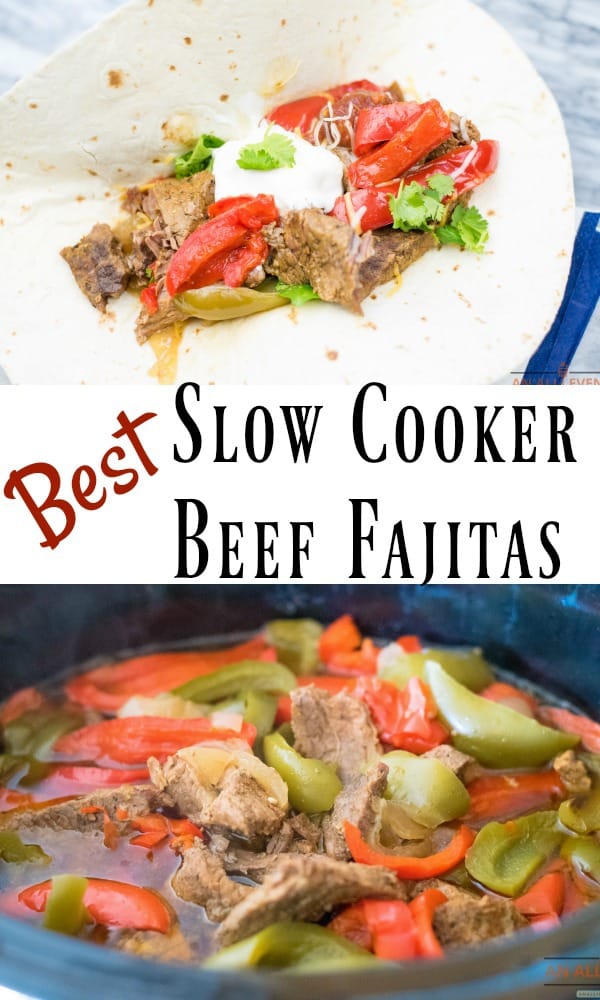 When I make beef fajitas in the slow cooker, I also serve Mexican rice, black beans, and homemade guacamole. It’s a simple, flavorful meal that the entire family enjoys.

I usually make beef fajitas in the skillet. I decided to change things up a bit and cook these in the slow cooker while we’re at church. I cook them on high for about 5 hours.

For this recipe, I use a top round steak. You can also use a skirt or flank steak. My small town grocery stores don’t carry the other types, so top round it is.

This recipe easily serves 6-8. I marinade the steak for 10 minutes while I grab the slow cooker and slice the onions and peppers.

To make the marinade, mix together olive oil, lime juice, cumin, brown sugar, salt, and chopped cilantro. If you’re not a fan of cilantro, leave it out. I’m a huge fan – the more, the merrier.

Pour the marinade over the steak.

After marinating the fajitas, I decided to also add a packet of fajita seasoning after placing the steak strips in the slow cooker. It was a good decision.

To Sear or Not To Sear the Beef?

There was a time when I would sear cuts of beef before adding them to the slow cooker. Then I experimented by skipping this step and realized I couldn’t really tell any difference. So, I stopped searing.

Place the steak strips in the slow cooker. Add two sliced onions. Sprinkle with a packet of fajita seasoning. Yes, I marinade and use season and the flavor is amazing.

I add the steak strips, sliced onions, and fajita seasoning in the slow cooker 2-1/2 hours before I add the sliced green and red peppers. The peppers stay vibrant and don’t get mushy. 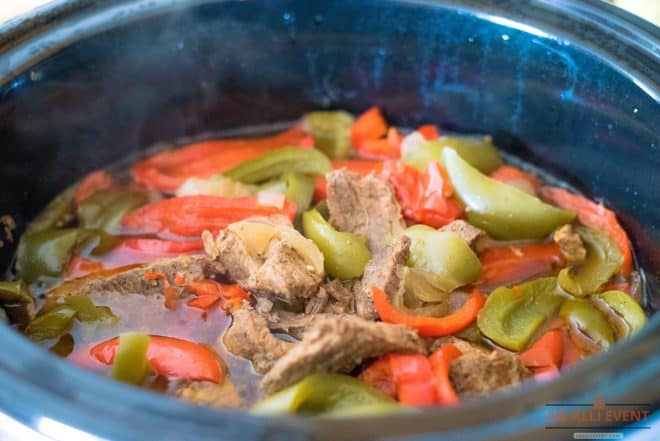 How To Serve Beef Fajitas

I serve these fajitas with flour tortillas, shredded Mexican cheese, sour cream, and salsa. You can also use lettuce wraps instead of tortillas if you’re trying to cut back on carbs.

I had large flour tortillas on hand so that’s what I used. Next time I’ll use the smaller tortillas. I served six people and had leftovers. Whenever I make fajitas, I plan for 1/2 lb. steak per person. That way I always have enough. 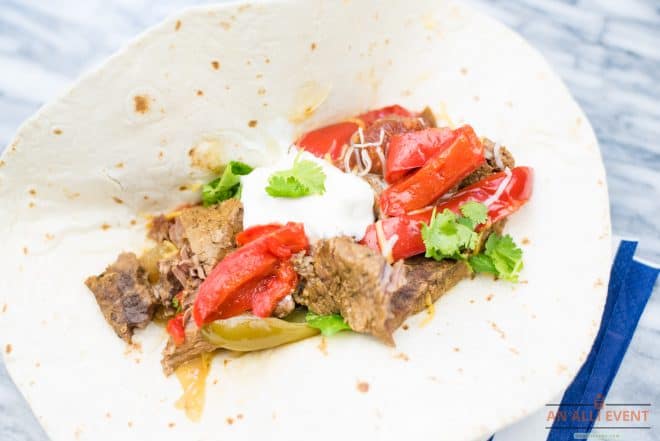 How to Heat Tortillas For Fajitas

Oven – Preheat oven to 350º F. Wrap five or fewer tortillas in aluminum foil. Place on a baking sheet and heat 10-15 minutes. You can heat several stacks of five at a time.

Microwave – Place five or fewer tortillas on a microwave-safe plate and cover with a damp paper towel. Heat in 30 seconds increments until warm. 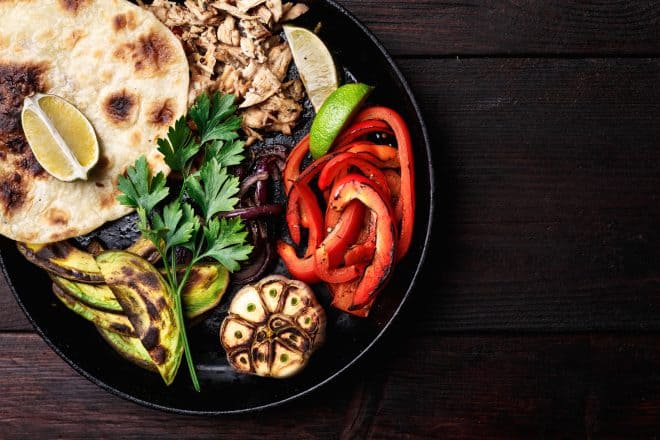 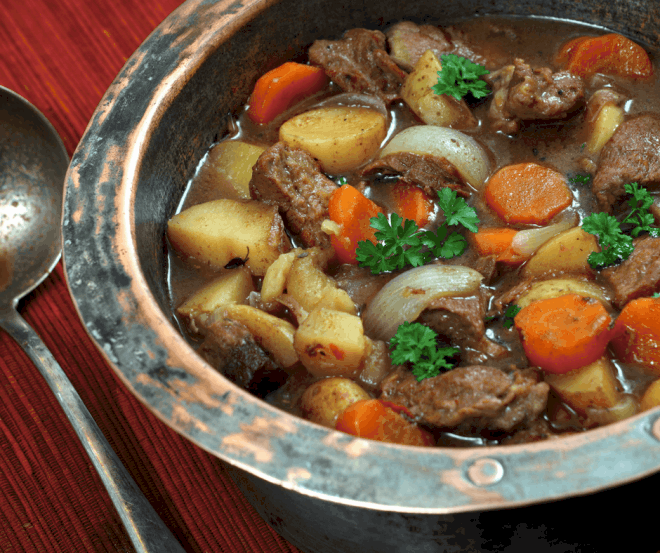 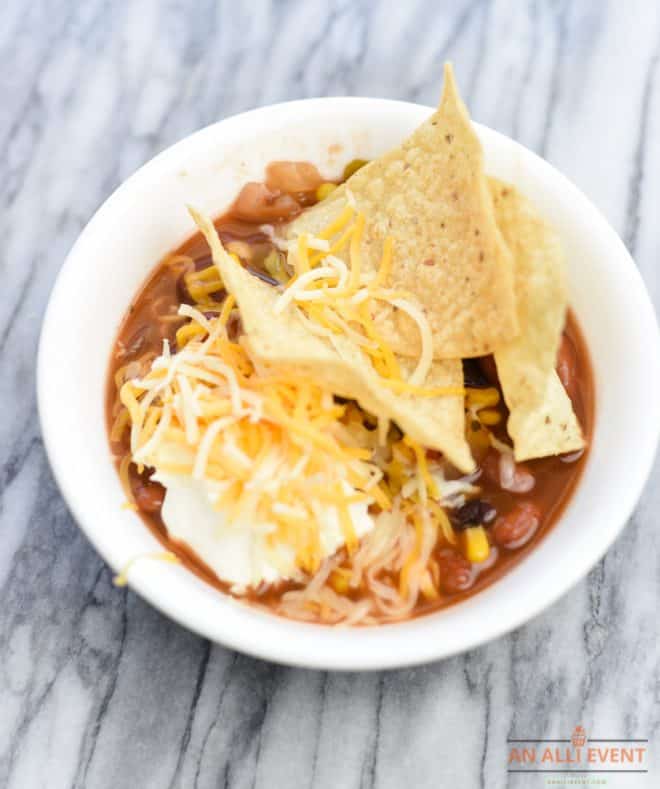 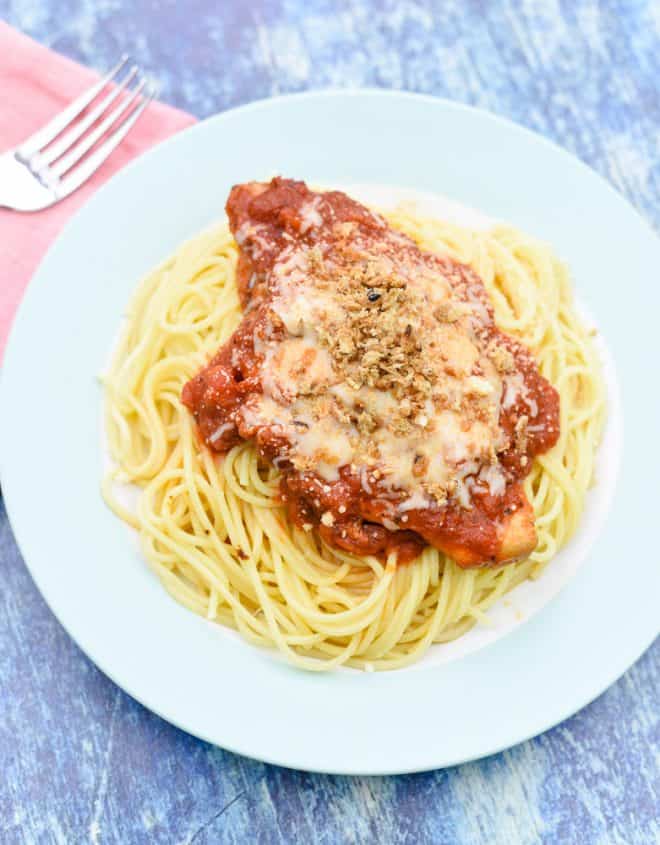 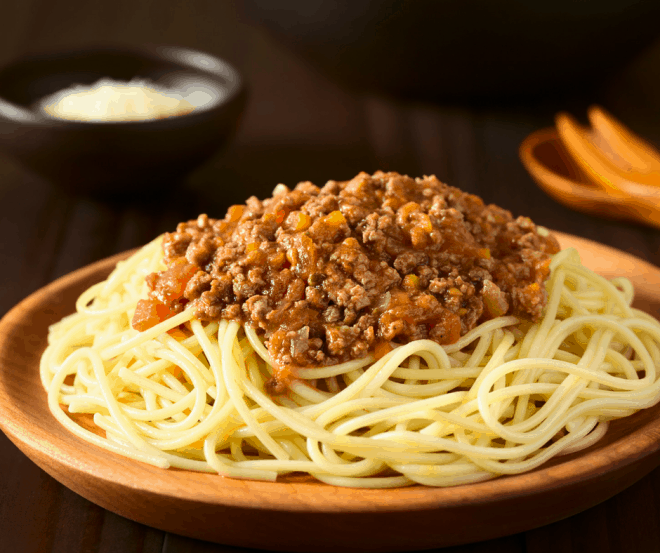 21 Fun Summer Activities With the Grandkids