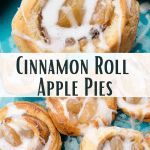 Cinnamon roll dough is pressed into muffin cups and topped with apple pie filling before baking. The icing from the cinnamon roll tube is gently warmed in the microwave and drizzled on top of before serving.

I love having recipes like this to have on hand for an easy breakfast, snack, or dessert. The apple pie filling adds so much flavor to the cinnamon rolls. 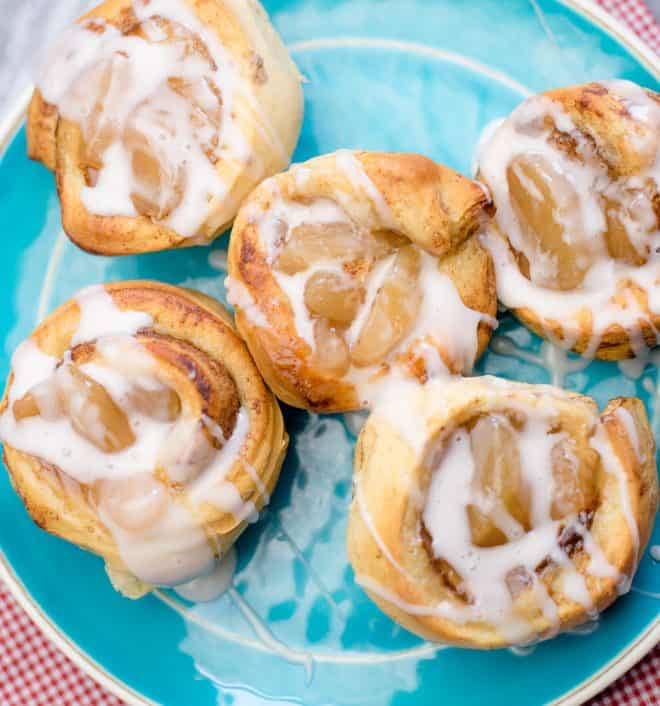 I always serve cinnamon rolls and my famous Mocha Punch on Thanksgiving and Christmas mornings.

For Thanksgiving, I’m changing things up a bit and making Apple Topped Cinnamon Rolls. It’s the perfect Thanksgiving Day breakfast while watching the parade and preparing the family feast.

This recipe is so easy that I almost hate to call it a recipe, but here goes!

Preheat oven to 350º F. Spray a muffin tin with cooking spray. Separate dough into 5 pieces and press them into and up the sides of a muffin tin. Make sure you press down the middle so that the apple pie filling won’t overflow. 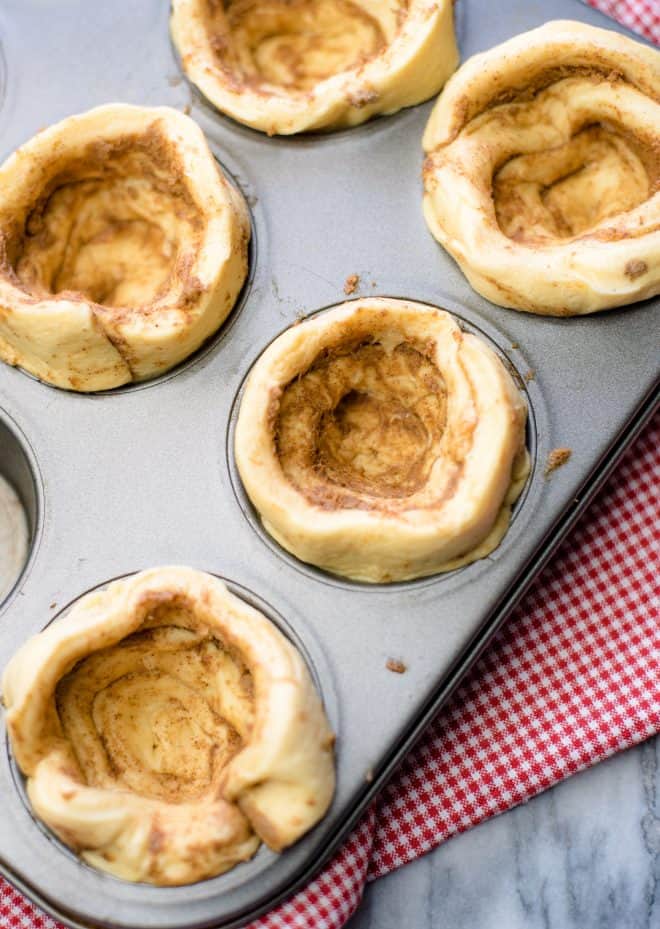 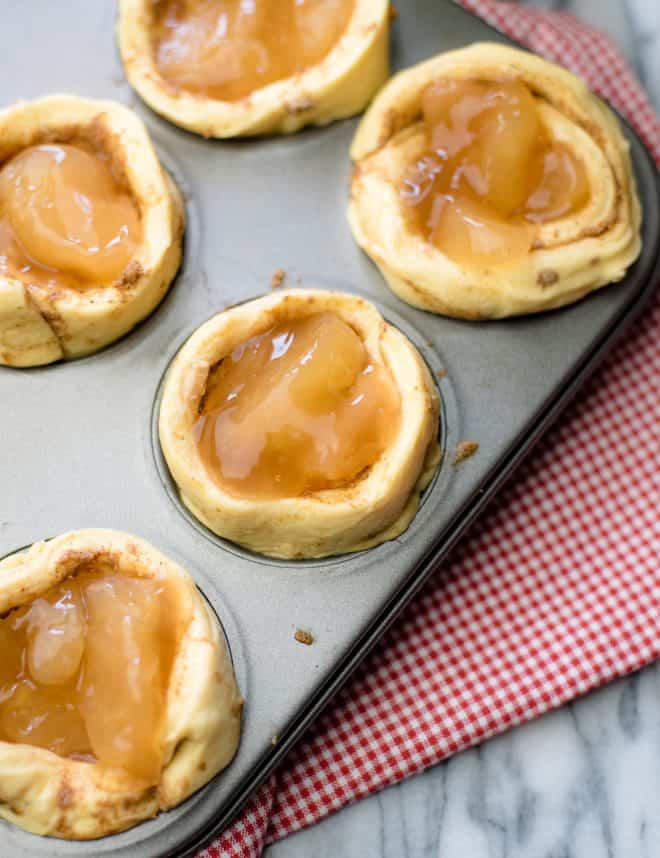 Helpful Tip: I place the muffin tin on a baking sheet (in case a mini apple pie accidentally overflows!) Bake for 23-25 minutes or until golden brown. Cool for 4-5 minutes before removing from the pan. 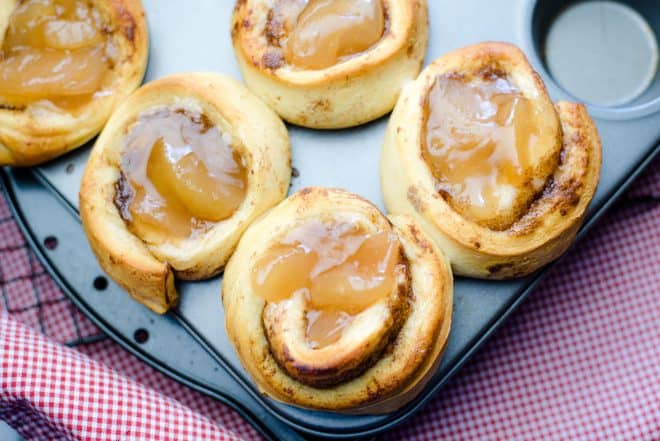 Place the icing in a microwave-safe bowl and microwave on low for 10 seconds. Drizzle the cinnamon rolls with the icing before serving. 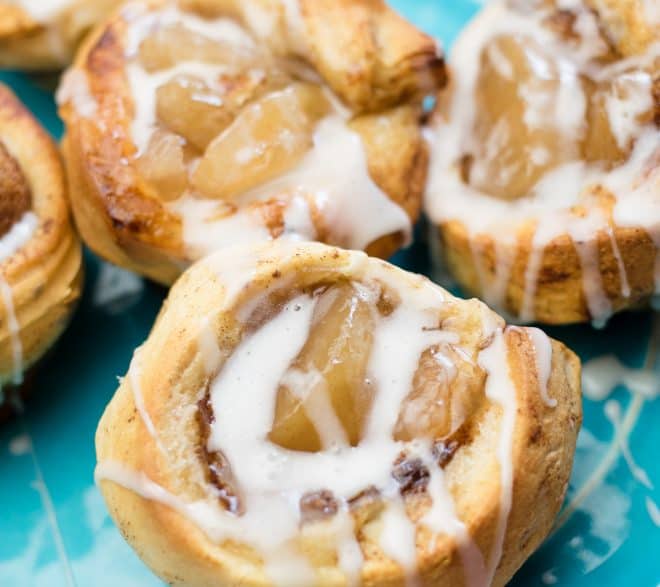 You won’t use the entire can of apple pie filling. Refrigerate the remaining filling and serve over vanilla ice cream.

Yes, you can! Freeze in an air-tight container. Before serving, thaw at room temperature. Then, warm them up for a few seconds in the microwave.

If you want to serve these cinnamon rolls for dessert, after drizzling with the icing, top with a scoop of vanilla ice cream and drizzle with caramel sauce.

Don’t limit yourself to apple! You can also try other pie fillings. How about blueberry or cherry? A cherry topped cinnamon roll would be so delicious.

Check Out More Of My Recipes Below!

As an Amazon Associate and member of other affiliate programs, I earn from qualifying purchases.

Easy Gingerbread Made With A Cake Mix