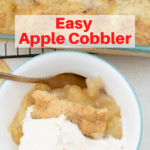 Apple Cobbler is so delicious and easy to make! It’s best served warm (almost hot) with vanilla ice cream. I like for the ice cream to begin to melt as soon as it hits the hot cobbler. Yum!

You’ll never believe the “crust” topping part of this cobbler is actually made with sliced bread. 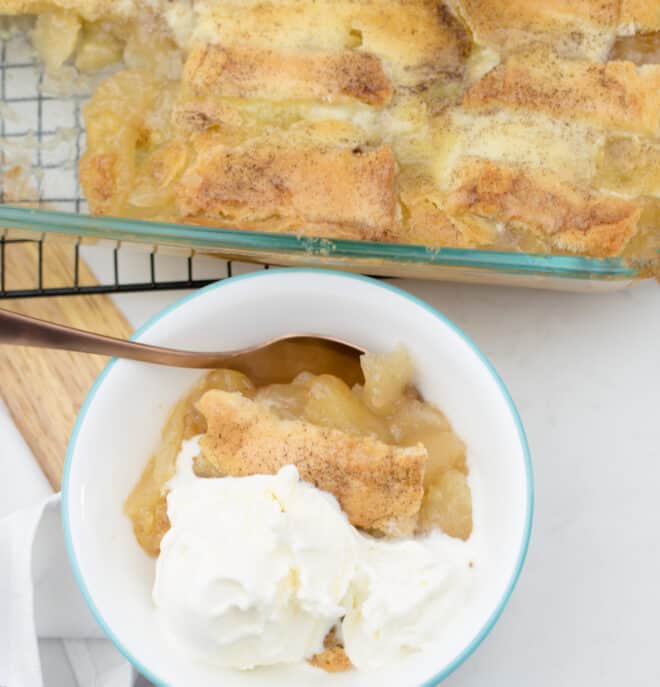 Years ago, an elderly gentleman made this apple cobbler for a church potluck. It was delicious and I had to have the recipe.

While I was chatting with the man, he mentioned that the crust was made from white bread. I couldn’t believe it and would have never guessed there was regular ole “loaf bread” in this delicious apple cobbler recipe.

The very next week the sweet man gave me his handwritten recipe. I stuck it in a recipe book and forgot about it for years.

A few months ago when we were moving into our new home, I found the recipe. I can’t believe I never made it until now. It’s just as good as I remember! 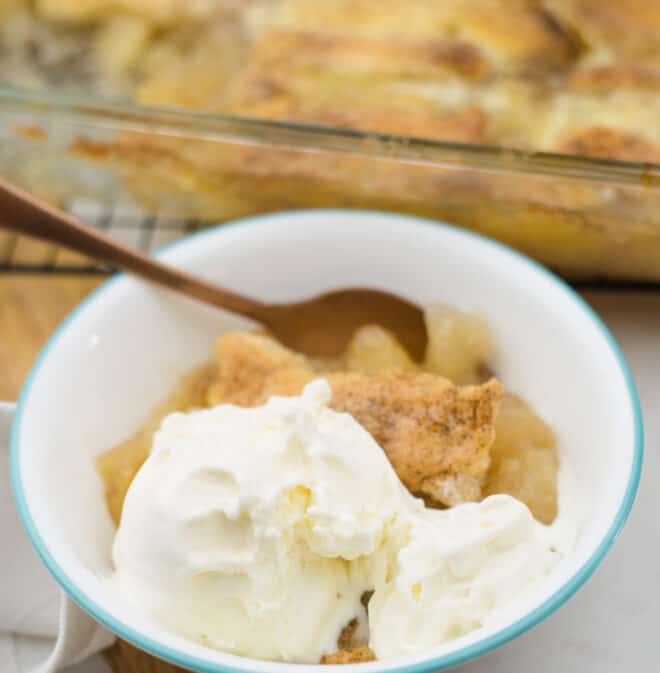 Pour the pie filling into a 13×9 baking pan. 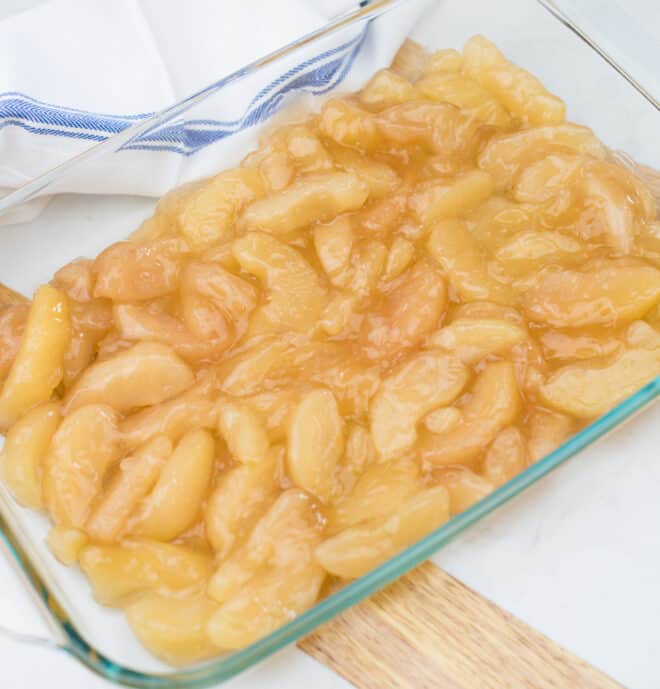 Remove the crusts from the bread. Cut each slice into three pieces and place them over the pie filling. 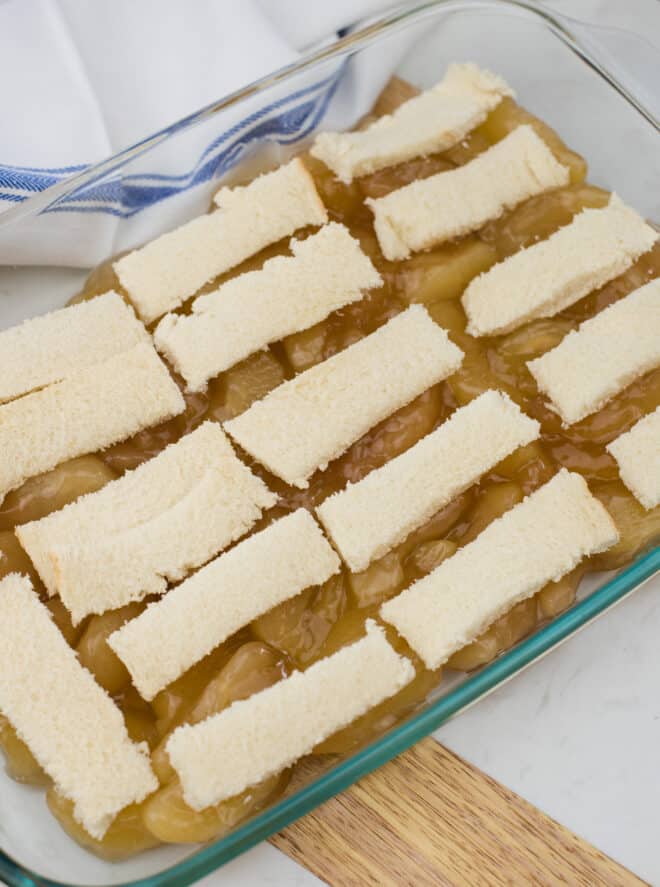 In a medium-sized bowl, combine the sugar, egg, and melted butter. Mix well and pour over the bread slices. 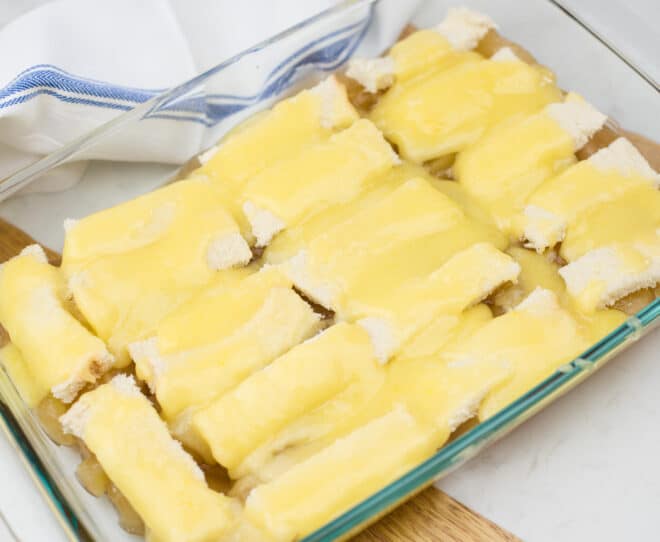 Sprinkle lightly with cinnamon. (The cinnamon got away from me in one spot, but it’s all good!) 🙂 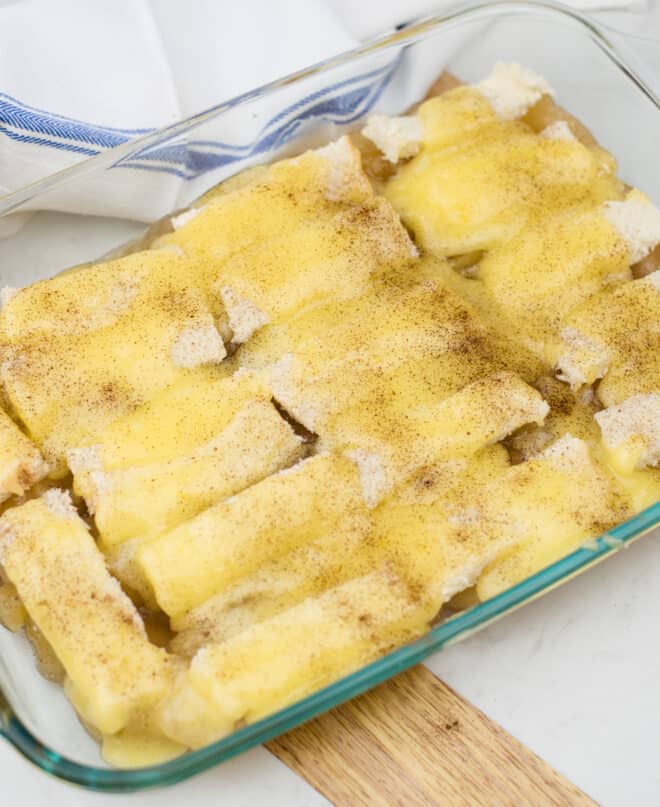 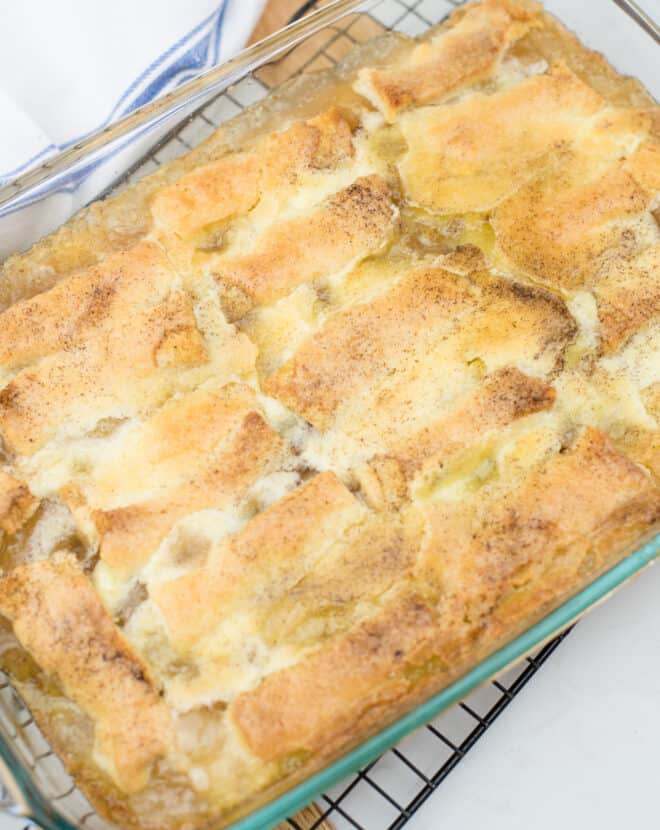 I like to serve this apple cobbler warm with vanilla ice cream. 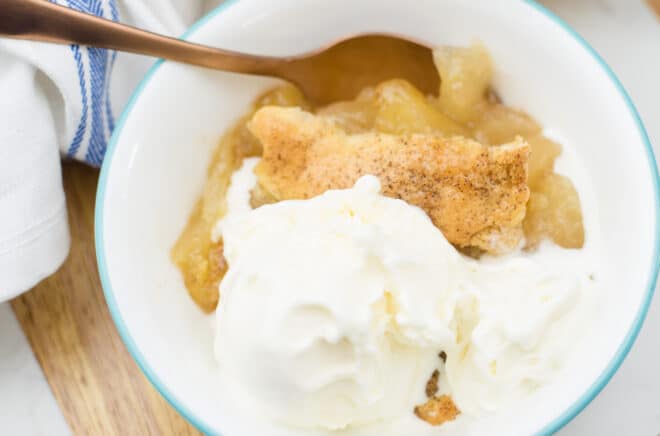 Check Out More Of My Delicious Cobbler Recipes:

If you don't like apple pie filling, you can use your favorite pie filling for this recipe (peach, etc.)