If you like oyster stew, you’ll love my brother, Stan’s, recipe.

My mom and brother, Stan, are without a doubt, the greatest cooks in the world when it comes to all things seafood. I’ve never had anything seafood-related in a restaurant that came close to their expertise, and I’ve sampled quite a bit.

I’ve had Stan’s oysters in every way imaginable – steamed, raw, baked, etc. You can find his son’s baked oysters here and learn how to shuck an oyster.

But today I’m sharing Stan’s oyster stew. It’s easy,  warm, and comforting.  If you’re an oyster lover, you really need to try it!

Actually, according to some researchers, oysters and love do go hand-in-hand! Casanova, the 18th-century lover who would breakfast on 50 oysters, has been vindicated by a study that proves they really are aphrodisiacs.

A  team of American and Italian researchers analyzed bivalve mollusks – a group of shellfish that includes oysters – and found they were rich in rare amino acids that trigger increased levels of sex hormones. That fact alone is reason enough to eat oysters!  Wink.

Let’s face it, although oysters may trigger an increase in sex hormones, they are not the prettiest bivalve mollusks on the block! Tasty, yes.  Pretty – well, beauty is in the eye of the beholder! 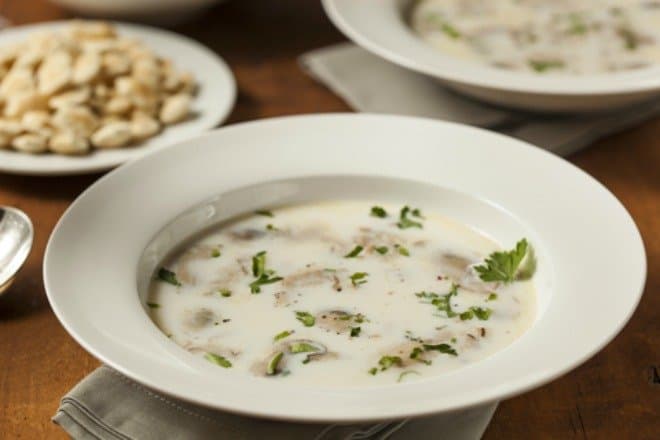 
Are you an oyster lover?  If so, what’s your favorite way to eat them?

Here are my favorite fried fish and my crispy lobster bites.

10 Christmas Gifts for Kids With Everything