Are you looking for the best ever raspberry recipes? You’ve come to the right place, baby. I’ve got Raspberry Recipes including raspberry sticks, rolls, salad, cookies, smoothies, and more. 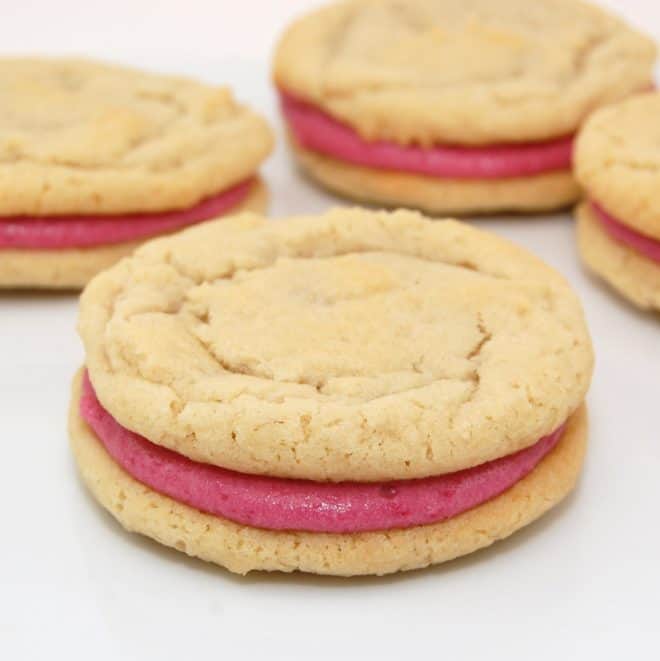 Until recently, the reddish-pink raspberry was not my favorite berry. Its cousin, the blackberry, always reigned supreme when it came to my fave.

I guess it’s because I grew up picking and eating blackberries. I did not grow up eating raspberries.

Maybe it’s because most raspberries grown in the United States are found in Washington, Oregon, and California and I live in the southeast.

Thankfully, it’s never too late to teach an old dog a new trick. Now that I’ve cultivated a taste for raspberries, I can’t get enough.

Raspberries Are A Member Of The Rose Family

Raspberries are a member of the rose family and it’s believed that they originated in Eastern Asia.

In case you don’t know, the United States is the world’s third-largest producer of raspberries. Russia is number one and Poland is number two. 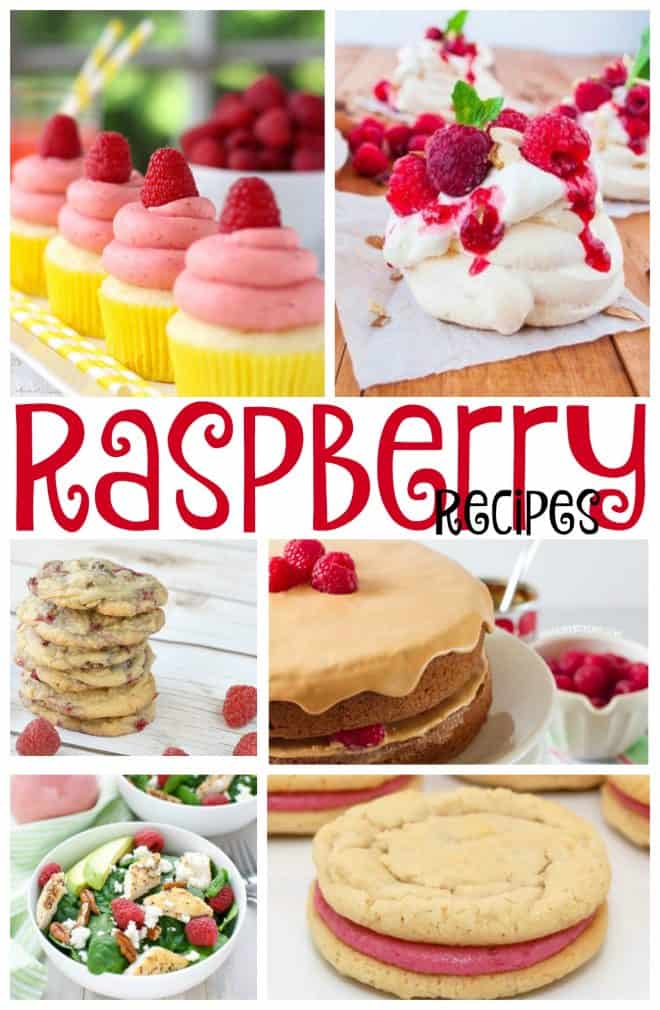 Lately, I can’t get enough of these juicy berries, so I’m giving more than a nod to raspberries. I do hope you find a raspberry recipe to try.

You’ll find some of the best Raspberry recipes below. Just click the “Get Recipe” button on the recipes you want to try.

The only problem you’ll have is deciding which one to try first. 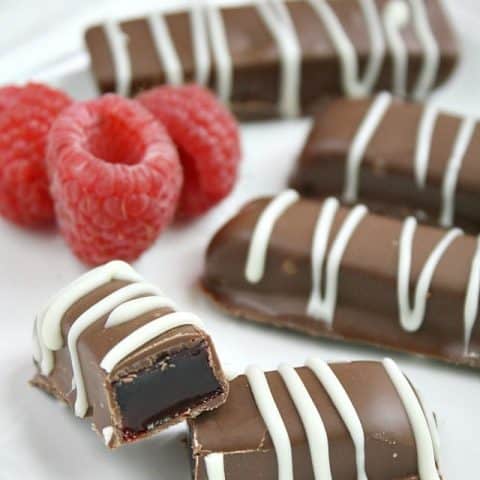 Chocolate Raspberry Sticks are filled with a raspberry filling and dipped in chocolate. 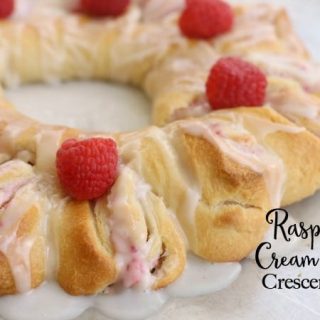 This flaky crescent ring is filled with a raspberry cream cheese filling. 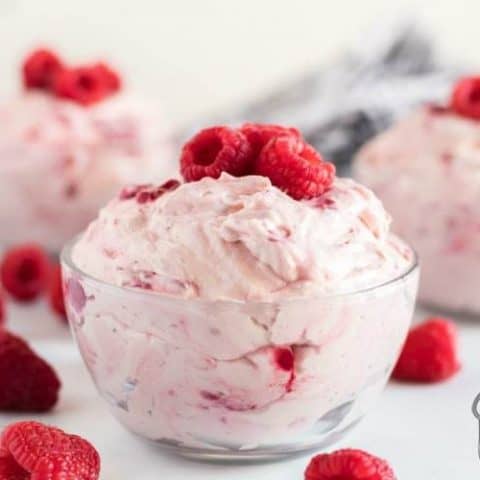 This is a tasty and beautiful jello salad. 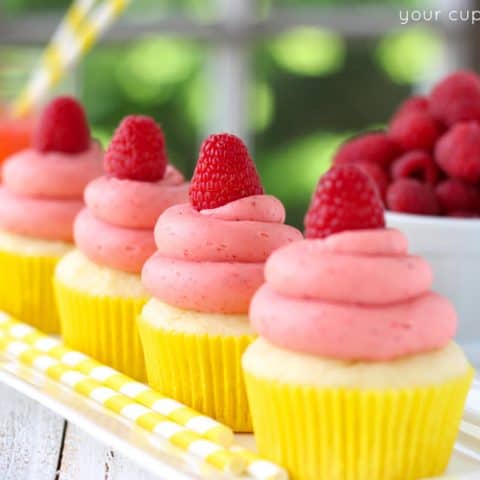 Lemon Cupcakes are topped with an all-natural raspberry frosting. 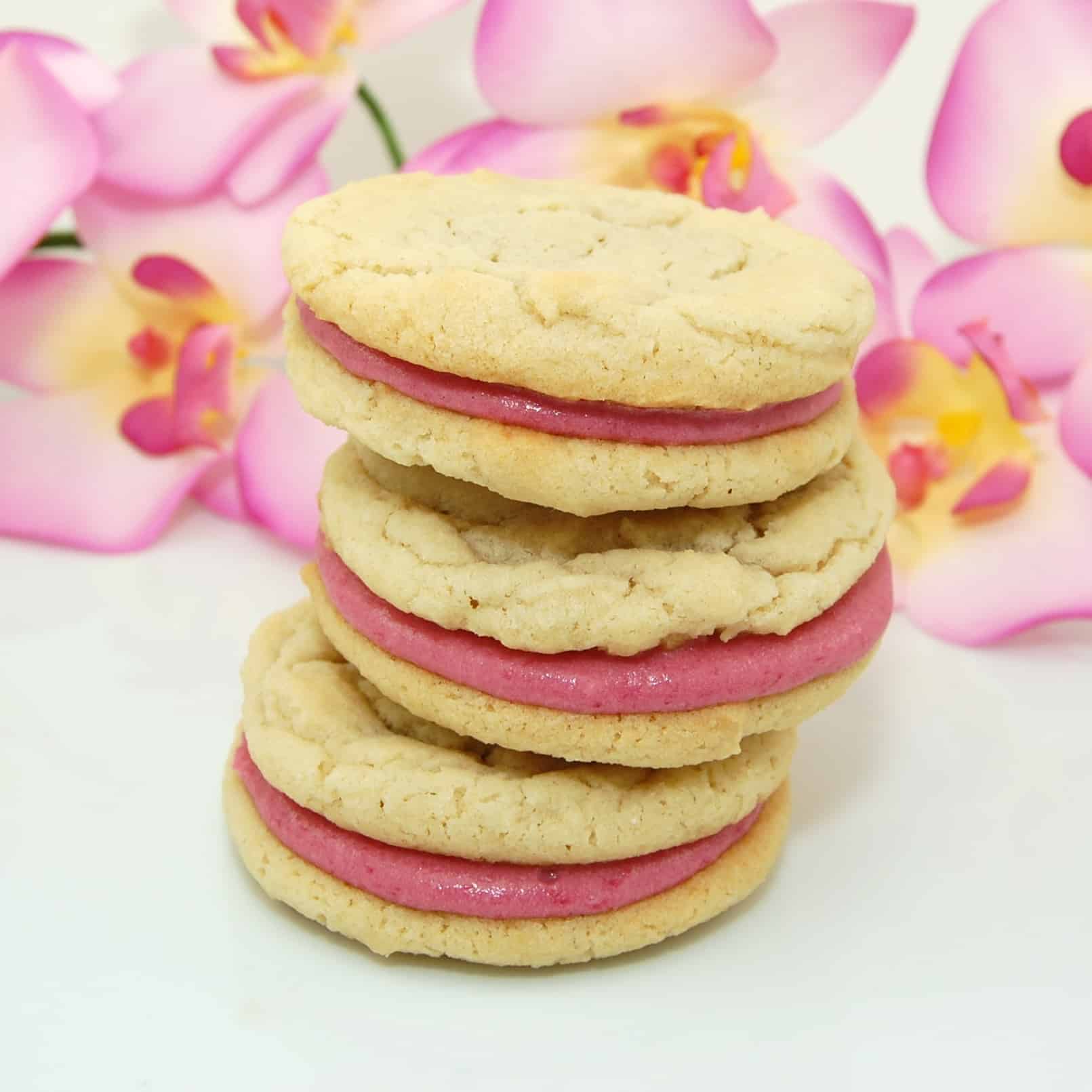 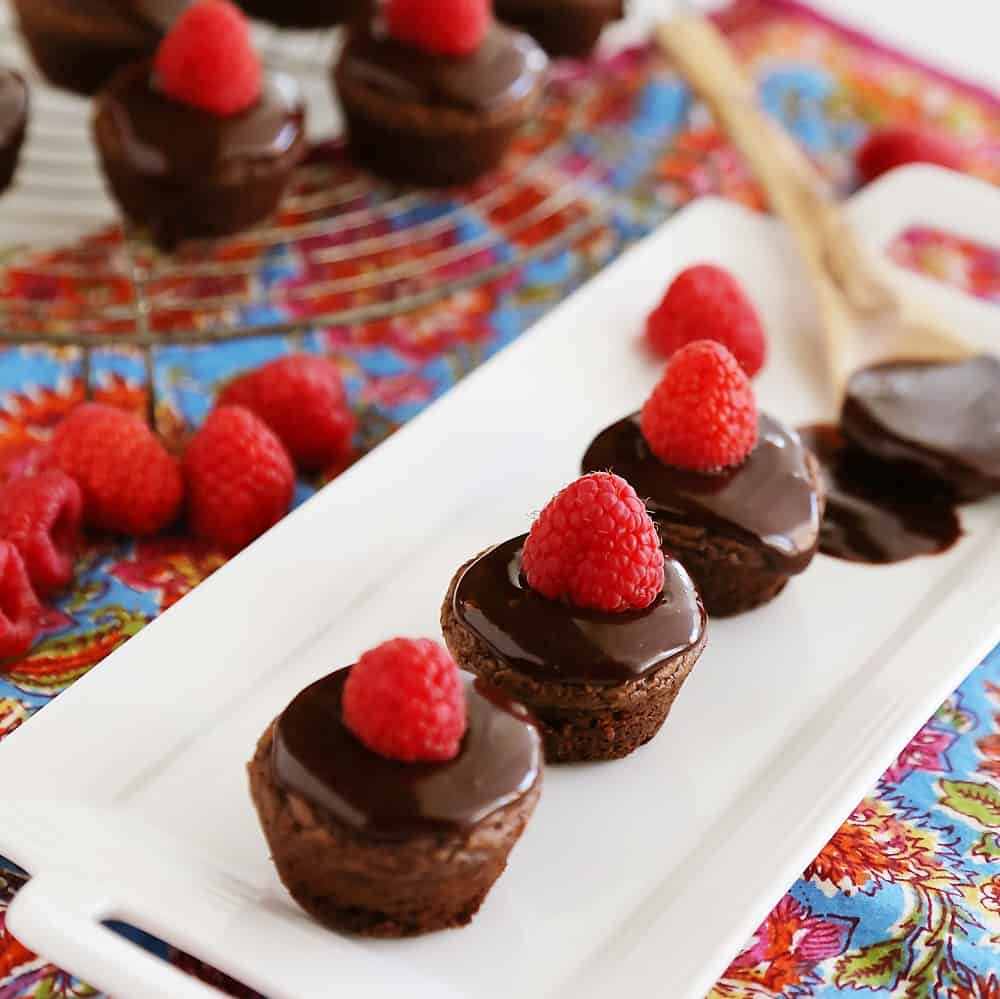 Brownie bites are topped with chocolate ganache and raspberries. 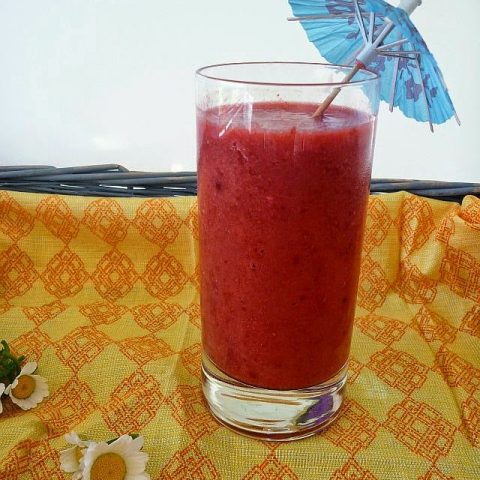 Orange and Raspberry Smoothie is delicious and easy to make. 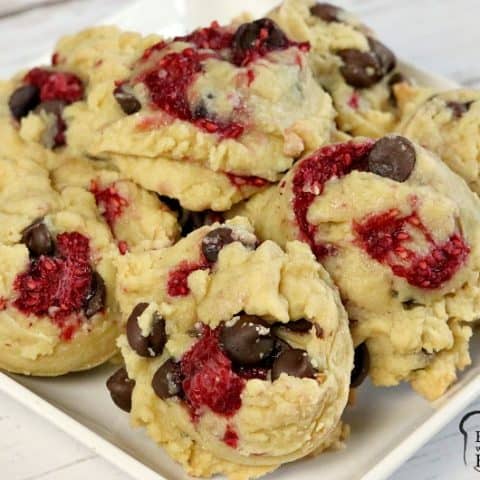 How do you make chocolate chip cookies even better? Add raspberries! 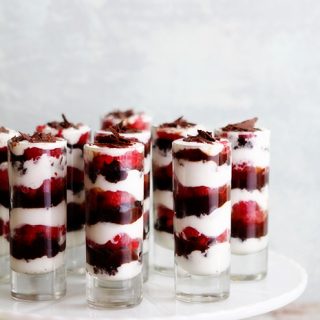 You only need 20 minutes to make Brownie and Raspberry Trifle! 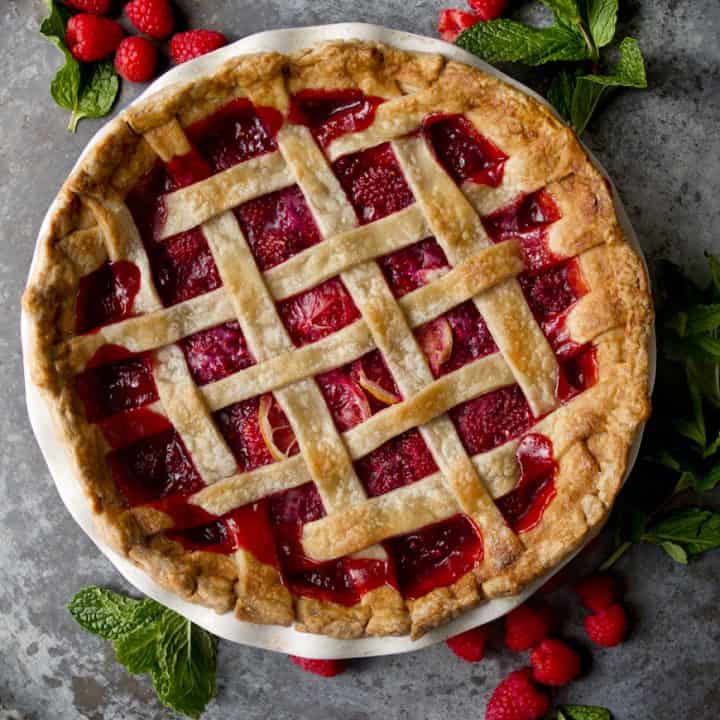 Red Raspberry Pie will be the star of your meal! It's pretty and delicious. 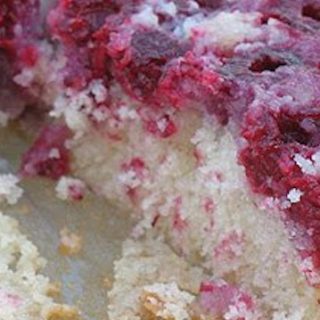 This Raspberry Upside Down Cake is not overly sweet. it's just right! 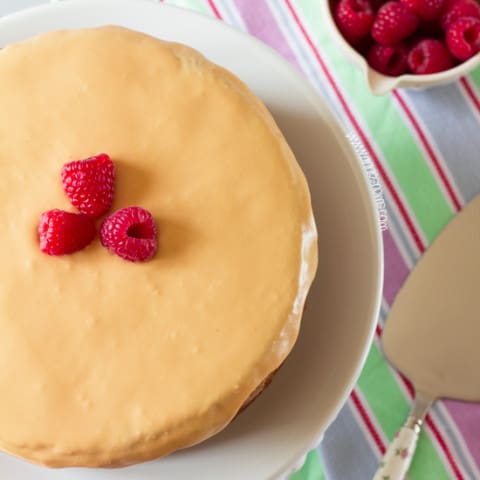 Raspberries add even more flavor to an easy-to-make caramel cake. 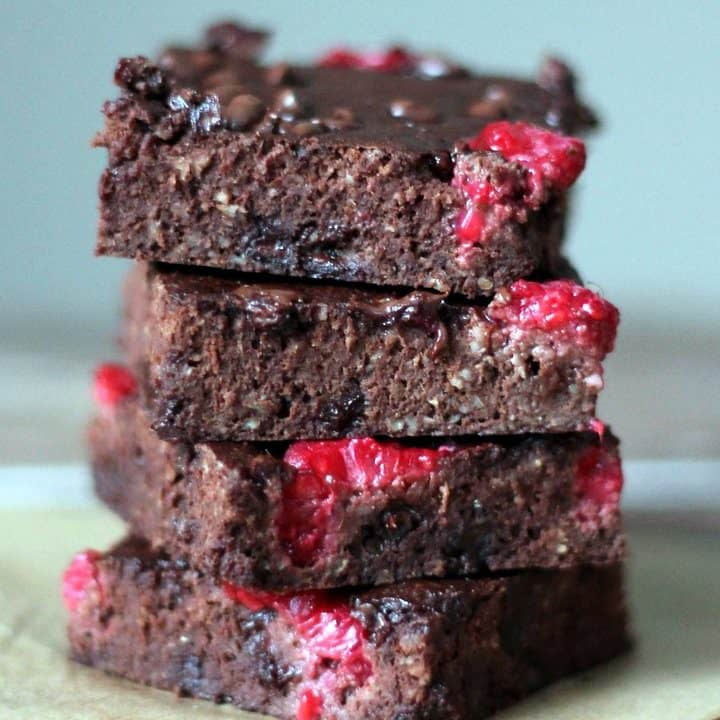 You'd never guess these flavor-packed brownies are only 100 calories each! 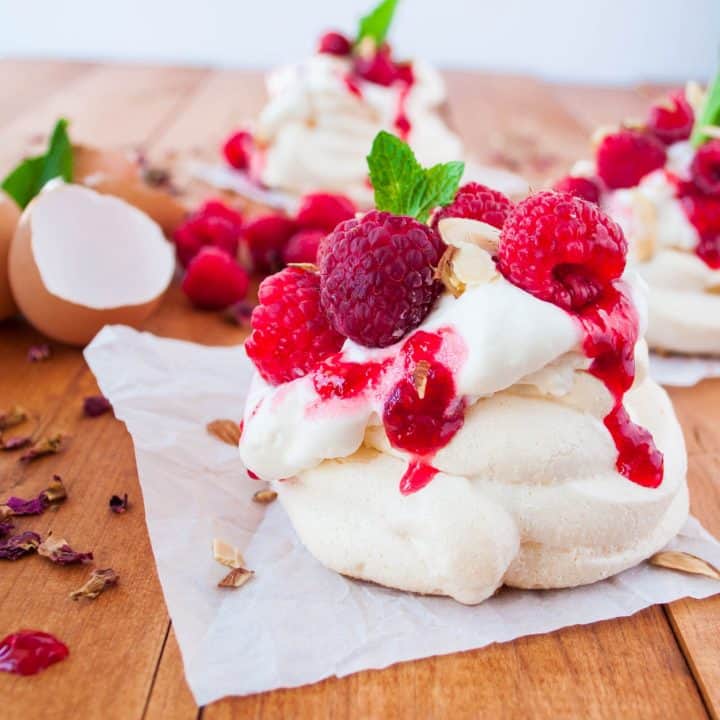 Our Trip to Melbourne and a Recipe for Mini Pavlovas 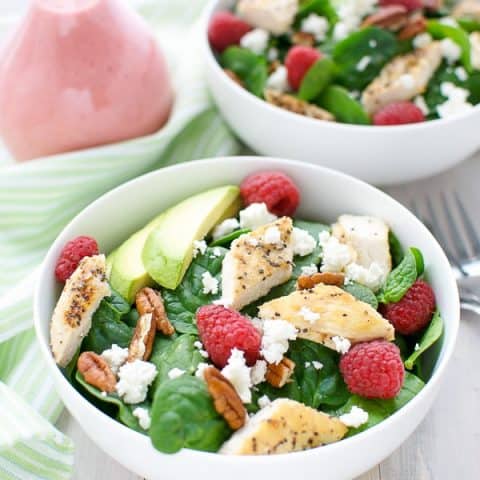 Spinach salad with raspberry vinaigrette is light, refreshing, and easy to make. 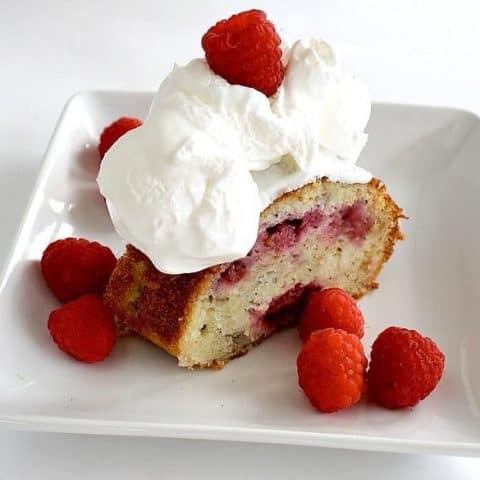 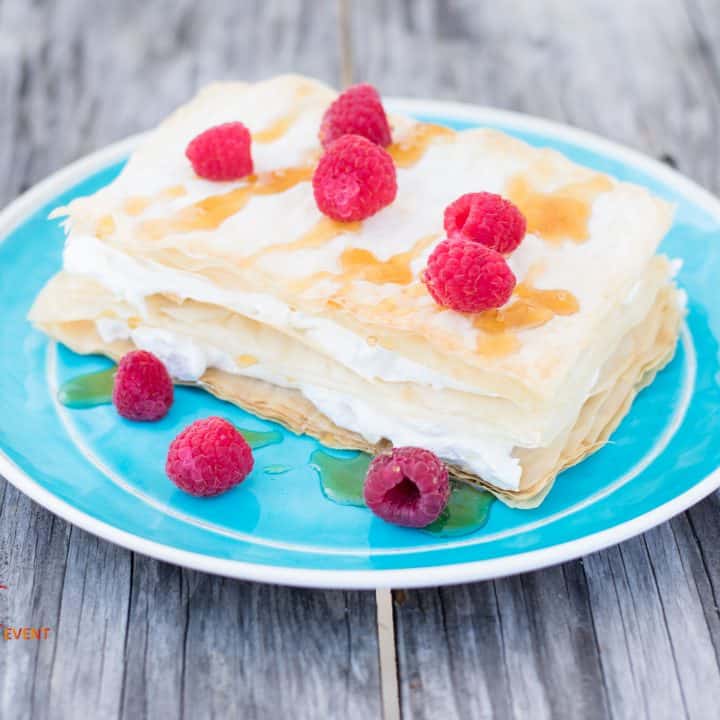 Raspberry Napoleon is a light dessert that tastes as good as it looks.

What’s your favorite berry? Because I was willing to try raspberries again, I now have another berry to add to my top favorites. There’s something for everyone in this scrumptious list of raspberry recipes.

More Of My Favorite Recipes

20 Fruit Salads for Spring and Summer

I love, love, love raspberry. Raspberry cupcakes are one of my favorites, but I don’t think I have ever had a raspberry cookie. I need to try one of these at least.

I always love it when I can get fresh Raspberries in our local markets, especially when they come from our State. I love it even more when I can go and pick them myself, but that does not happen until later in the summer. I love putting them in smoothies as they bring in such a unique flavor!

I love fresh fruits. I’ll go with fresh raspberries but those recipes are amazing. The raspberry napoleon and jello salad look sumptious. I want to try them.

Going to have to show this to my daughter. She loves anything raspberry. Plus she is a wonderful cook and baker. I know several of these will be adding to her recipe box.

Raspberry really is an under-utilized ingredient. We have some great local farms where you can go out and pick them yourselves. Will keep these recipes in mind next time I have some fresh ones at home.

Yummy! These all look so good <3 I'm a huge fan of all berries to be honest, so bring on the recipes!

Raspberries is my second favorite fruit after strawberries. This list is must bookmark post because raspberries will be in season soon at my local farmers market and I am always looking for recipes to test out.

While all of these recipes look great, I can’t take my eyes off of the raspberry sandwich cookies. I can taste them just by looking at them 🙂

Raspberries are one of my favorite fruits of all time. Cooking with them is so much fun- there are so many great recipes out there. Can’t wait to try a few of these.

I LOVE raspberries! The raspberry caramel cake sounds really interesting, I’ll have to try it!

I had no idea that raspberries were in the rose family. All of these recipes sound delicious!

I love raspberries! This is something that would surely make our snack more enjoyable. Thanks for sharing your recipe!

These Raspberry recipes look simply amazing. I am definitely going to have to try those cookies out at some point.

You had me drooling at the pictures of these yummy raspberry dishes. I can’t really choose one favorite, but I can name one that I would love to try making first – the Raspberry Cream Cheese Roll.

I love cooking with raspberries – especially fresh in the summer! I can’t wait to try and make those cookies – they are so pretty!

Great post roundup on using raspberries. I have always wanted to know how I could make my own raspberry vinaigrette.

The raspberry buttermilk cake is what caught my attention. I bet this would taste so good! I am checking out the link to the recipe and get the ingredients ready. Yummy cake here I come!

Raspberry is one of my favorite flavors when it comes to dessert. Goodness, these all look delicious!

I love berry flavors, nice ripe raspberries can be so tasty. The colors look terrific, the pink is beautiful.

Yum! These all look delicious! I pinned them for later!