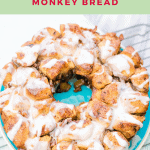 Spiced Apple Monkey Bread is flavorful and perfect for fall. This monkey bread begins with refrigerated cinnamon rolls and includes layers of diced apples and pecans. The top has a slight crunch and the inside is ooey-gooey delicious.

This post includes affiliate links to products I use. As an Amazon Associate, I earn from qualifying purchases.

When my kids were growing up, they loved for me to make monkey bread with canned biscuits and a cinnamon-sugar mixture. We could hardly wait until it cooled down a bit before pinching off the warm bread. It was oh, so good!

This is a new twist on that old monkey bread recipe. It calls for canned cinnamon rolls and instant spiced cider mix. It’s a winner! 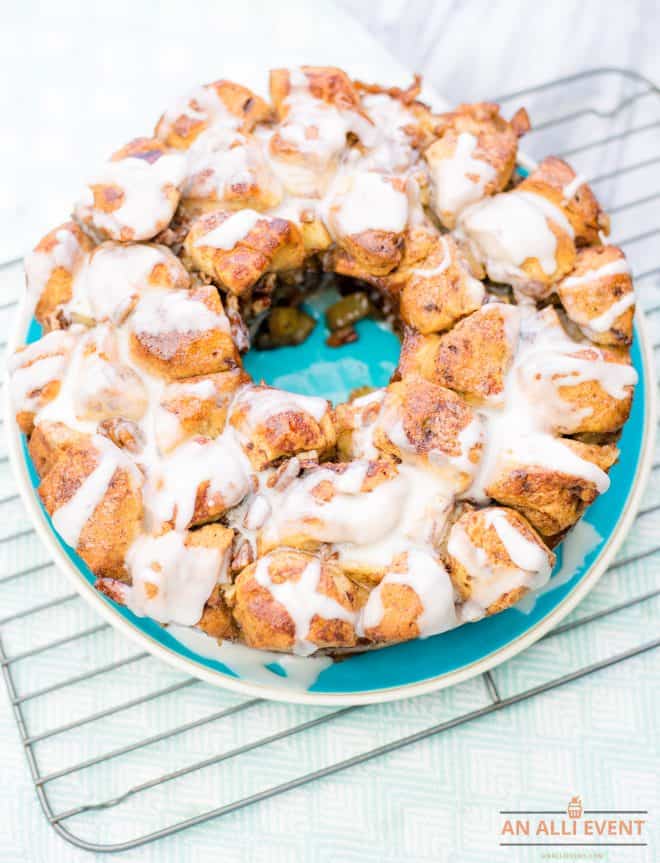 What Is Monkey Bread?

Monkey bread is a pull-apart dessert that’s made with small bits of dough rolled in a cinnamon-sugar mixture and arranged in a tube or bundt pan. In this case, we’re rolling it in a spiced cider mix. We’re also adding diced apples and pecans!

This sweet, gooey bundt cake is made with refrigerated tubes of cinnamon rolls instead of the traditional canned biscuits. You’ll also use the icing.

Monkey bread can be made in a 10-12 cup tube pan or bundt pan. I’m using this tube pan today. 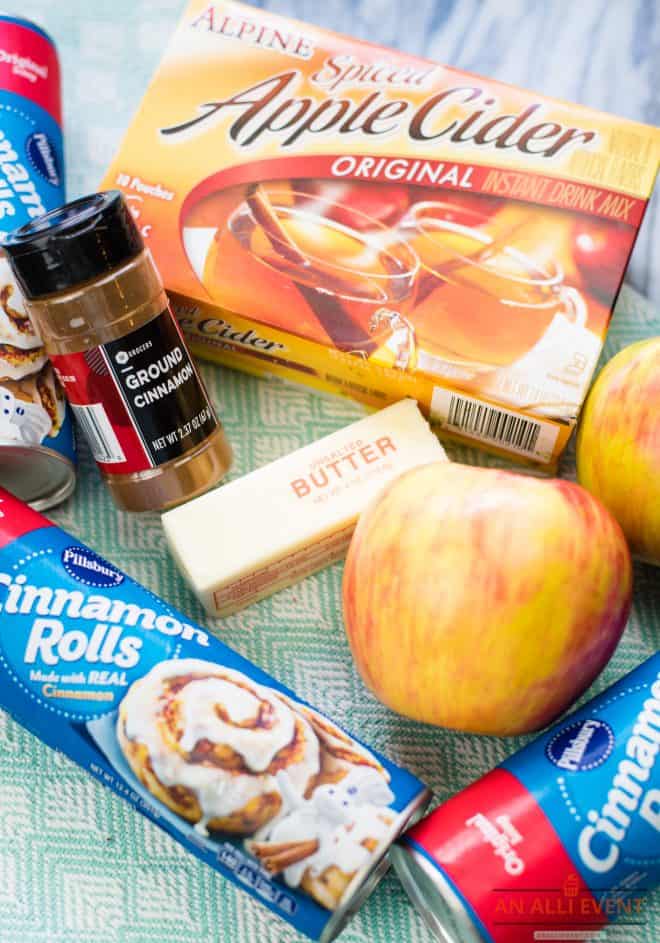 For this recipe, I use Alpine Spiced Apple Cider Mix, original. You can use any brand spiced apple cider mix, but I love these. Just empty four of the little packets of mix out into a bowl.

You can find the complete printable recipe card at the end of this post. 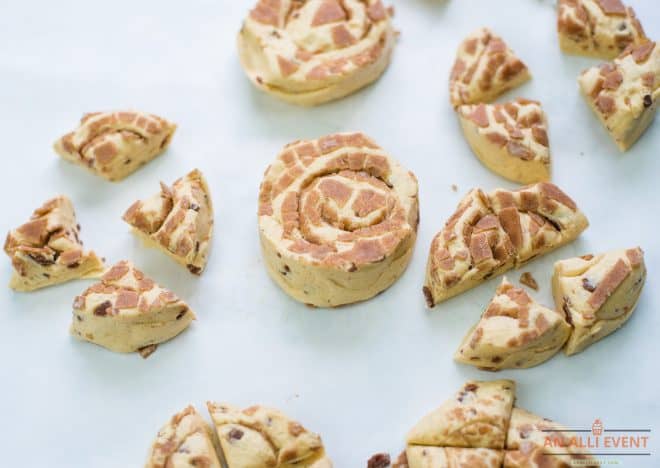 Toss the quartered rolls into the apple cider mix. Arrange 1/3 of the rolls (32 pieces) in a single layer in a well-greased tube pan. (I counted the quartered pieces for you.) That means you should have approximately 32 rolls per layer. 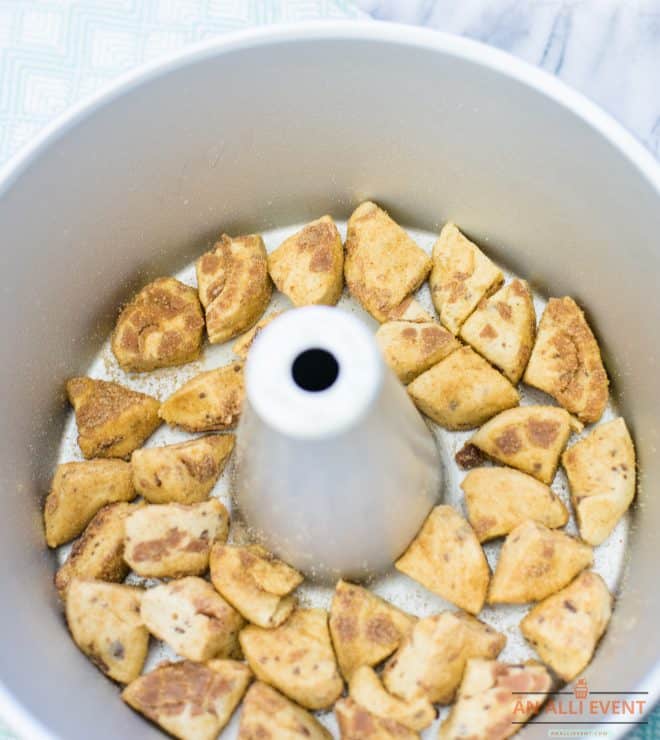 Top with half of the diced Honeycrisp apples and pecans. 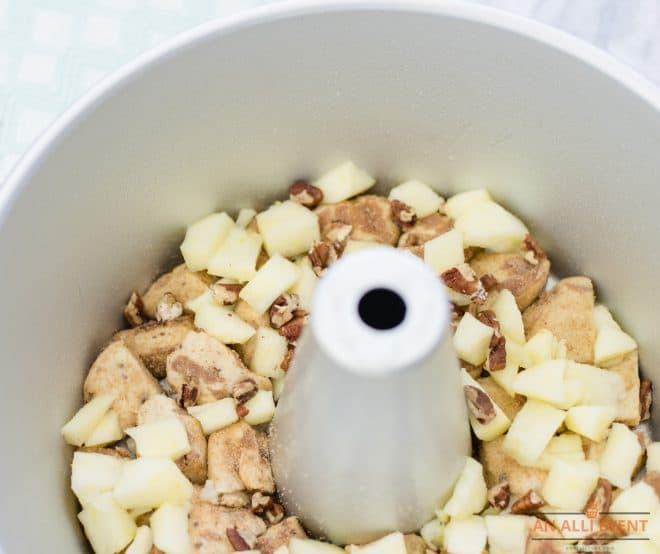 Mix melted butter, one of the icing containers, and ground cinnamon together. Drizzle over the rolls. 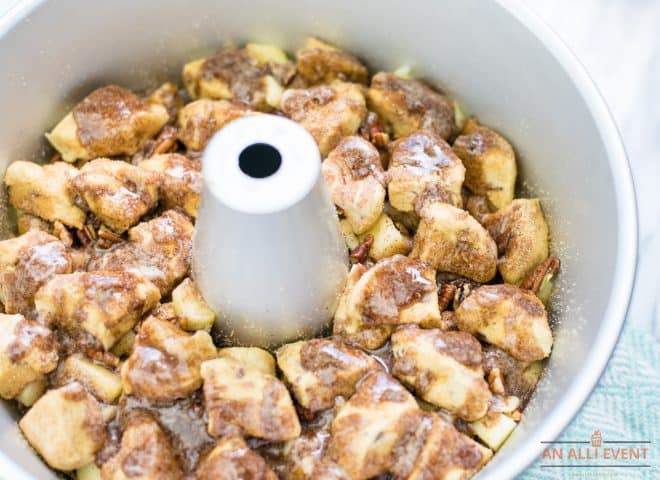 After baking for 45-50 minutes or until golden brown, invert onto a plate and let cool for 10 minutes before removing the tube pan.

Before I drizzle the remaining icing over the bread, I invert the bread onto another plate so that it’s top-side up.

Microwave the remaining two containers of icing for 7-10 seconds or until pourable but not too thin. Drizzle over the monkey bread. 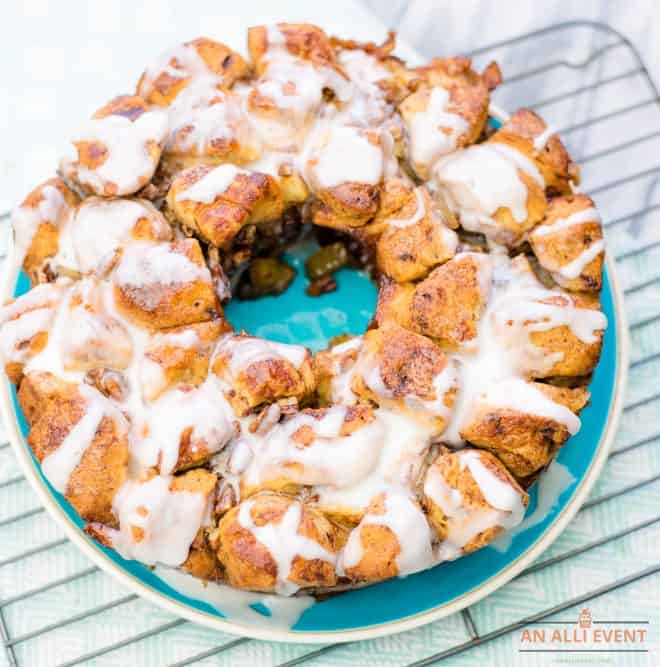